Messi’s first goal of the tournament was just one of a number of fine goals in the group stage.

The World Cup has delivered a flurry of stunning goals, including Lionel Messi’s first of the tournament as Argentina beat Nigeria 2-1 on Tuesday to reach the knock-out stages.

Here Press Association Sport looks at some of the best goals of Russia 2018 to date.

Argentina were on the verge of an embarrassing Group D exit when Manchester United defender Rojo converted Gabriel Mercado’s cross with a sumptuous volley after 86 minutes. Rojo showed the composure of a seasoned striker to keep the ball low and direct it into the bottom corner to send Argentina through.

With Argentina’s hopes hanging by a thread, there was much expectation on Messi. And the talismanic Barcelona forward delivered after 14 minutes when he ran on to Ever Banega’s clipped pass which had turned the Nigeria defence. Messi controlled the ball on his thigh, took one touch and then fired in right-footed with his next.

Carrillo’s volley sent Peru on their way to a first World Cup finals win in 40 years. Paolo Guerrero crossed from the left side of the area to the right, where the onrushing Carrillo met the ball with a crisp strike into the bottom corner.

The one-time Chelsea forward scored on his first World Cup start, at the age of 34, to secure Portugal’s qualification for the last 16. Quaresma exchanged passes with Adrien Silva, cut in to the right channel, and a strike with the outside of his right foot curled into the far left corner. The hard-to-master skill is known as a ‘trivela’ in the Portuguese-speaking world, and is one of Quaresma’s best-known party pieces.

Manchester United forward Jesse Lingard played a one-two with Manchester City’s Raheem Sterling and then curled the ball from the edge of the area into the top right corner for England’s third in a 6-1 rout of Panama.

Germany, the holders, were facing the prospect of early elimination but Kroos’ fine free-kick completed a turnaround which kept their hopes of qualification alive. Kroos improved the angle of a free-kick by playing the ball to Marco Reus and then sent the ball arcing from the left edge of the penalty area into the far corner for a dramatic late winning goal.

European champions Portugal were trailing 3-2 with two minutes left of their Iberian derby with Spain, the 2010 world champions, when Ronaldo lined up a free-kick. With trademark precision, the Real Madrid ace hit an unstoppable shot to complete a hat-trick and earn a draw.

A superb free-kick from Golovin completed a 5-0 rout of Saudi Arabia. The CSKA Moscow player struck a right-footed free-kick from the edge of the area around the wall and into the net as Russia earned the biggest win by a host nation in the opening game since 1934.

How does Joe Root’s record compare to other recent England captains? 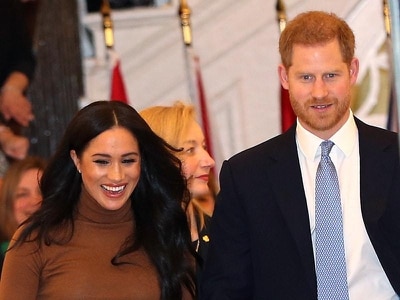