Kemp, 19, has experience of the Monmore track from a brief spell riding for Cradley in 2018 and likes riding there.

He joins fellow British youngster Leon Flint in an exciting start to team building for the Parrys International Wolves. Flint will ride as the club’s designated rising star.

And he says fans have every reason to be excited about their prospects for next year.

“I genuinely believe that Wolverhampton could win the league next year,” he said.

“It’s not for me to say who else they’ve got lined up for the rest of the team but from what I’ve heard I honestly believe it could be Wolverhampton’s year again.”

Kemp is excited by the move after racing for Ipswich last season.

“I’m really looking forward to it,” he said.

“I guess it was a pleasant surprise in one way when they got in touch because when you look at a club like Wolverhampton with the riders that they have in their team, they’re always there-or-thereabouts.

“Becoming a Wolf feels great because the club has got a lot of history with winning league titles and producing world champions and it’s a club I really see myself being able to develop with.

“The Wolves track is somewhere that I like and that started when I had a handful of meetings riding for Cradley there in 2018.

“I know it’s a completely different level, but I still won plenty of races around there and it’s somewhere I always turn up feeling pretty confident that I’m going to do well.

“I had a couple of good scores there for Ipswich this year too and I’m really looking forward to that being my home track in the Premiership.”

Kemp scored 15 plus two bonus points in his two Monmore visits with the Witches last season and was also invited to race in Rory Schlein’s farewell meeting in October.

Club owner Chris Van Straaten will be at the stadium on Saturday week, December 11, for the sale of advance ticket books for 2022.

He will be on hand between 10am-2pm and believes many fans will take up the opportunity. 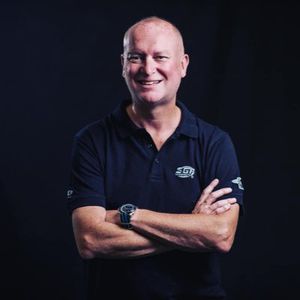 'Do not travel by rail!' Strike action causing severe disruption in the West Midlands

Police searching for man who went missing from Birmingham

Artwork of Chitty Chitty Bang Bang invention has sold for £3,500