It was nice to be back watching speedway at Birmingham on Wednesday when Wolverhampton took a team there for David Mason’s farewell meeting.

And I was particularly delighted to see the performance of Ashley Morris, a local lad who is really making strides in the sport right now.

Ashley is from Penkridge and started his career as a novice doing some laps at Scunthorpe – but in 2010 when we brought Cradley back into the sport, Chris Van Straaten at Wolves pushed him our way.

He’s not been a fast developer and won’t ever become a Grand Prix rider, but I’m delighted to see him making a living out of the sport.

All too often people look at teams and they cannot identify with a rider because he flies in, does a meeting and then flies back out to Poland, Sweden or wherever.

Here, Ashley has all the time in the world for fans and, from a personal point of view, he has always been a delight to deal with – both with my Heathens management hat on and that of a journalist.

I’m sure Chris Van Straaten is every bit as delighted to have a local lad in his Wolves team as he is a new American in Luke Becker. It’s high time we had a new rider from across the pond in the UK and where better than Wolves after their great past with riders like Ermolenko, Correy, Pfetzing and Sigalos?

Becker did well on his British debut and I’m sure he will be a success, but I suspect he will need a bit of time.

Morris, meanwhile, scored 12+2 and dropped just one point to a Birmingham rider and I sincerely hope he can continue that in the Premiership.

He’ll also be linking up with Birmingham on loan as they step up to the Championship for the first time since 2010. It’s a bold move and I hope the Brummies get the crowds they deserve.

The Panthers include Hans Andersen and Rohan Tungate and Wolves are hopeful of having Nick Morris available after his recent wrist injury in Poland to make his debut.

I believe it will be a comfortable start to home life this season for Wolves and I can see them hitting 55 points because they should be the far better all-round side.

That said, I’m delighted to see Peterborough back in the top division, but by their own admission right now they are a rider short of where they need to be.

Finally, a reminder Cradley are back in league action this season after taking a season out just to ride in the Trophy.

We felt we couldn’t risk a full league campaign racing meetings at Birmingham as the Heathens fans just don’t travel there and it’s not viable.

But now there are enough dates at Monmore, we’re back in the league and start on May 6 against old rivals Mildenhall. 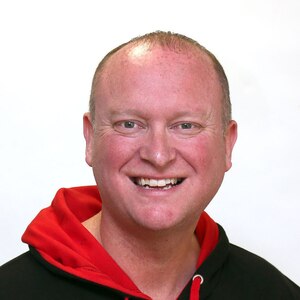 A look at 80 years of speedway stars

Call for residents to follow guidelines as hospital deaths rise

Ministers under increased pressure to U-turn on free school meals

Bird's-eye view of site set to be transformed into school

What the papers say – October 22

Baby echidna named Rarity after its mother was hit by car

Russia and Iran obtain voter information ahead of US election, officials say