Cradley Heathens' hopes are all but over

Cradley’s National Trophy hopes are all but over after a crushing 51-39 defeat at the hands of Mildenhall at Monmore, writes Ryan Guest. 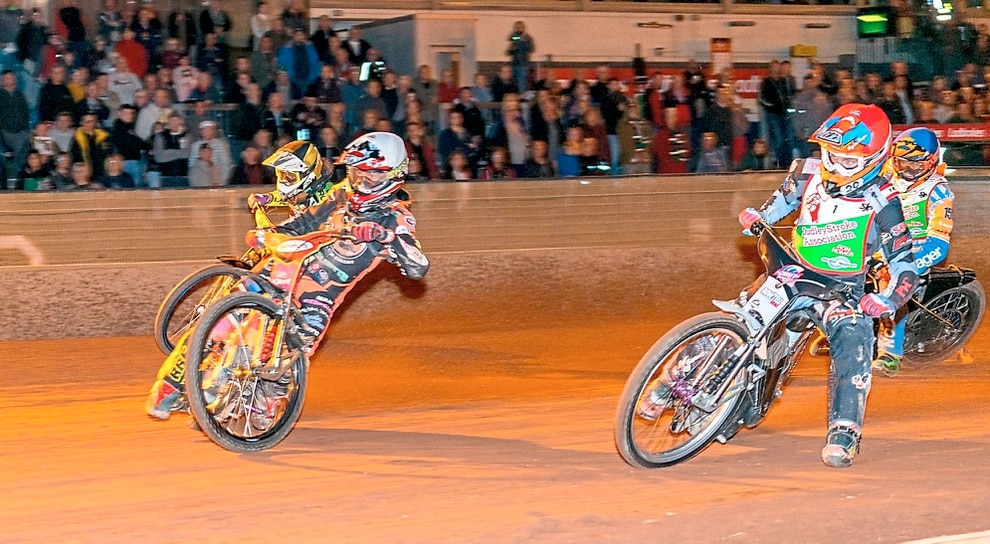 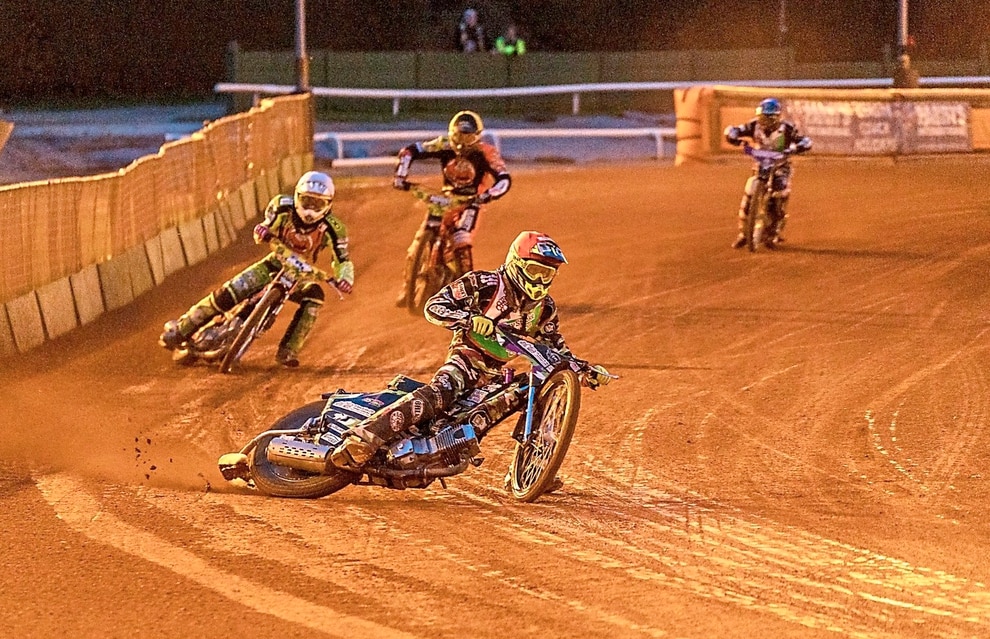 Richard Andrews cruises at the front of heat two

And they were undone by two familiar faces after former favourites Drew Kemp and Max Clegg came back to haunt them.

The night got off to a far from ideal start when skipper Alfie Bowtell slid off into bend two and was disqualified, but had team-mate Jason Edwards to thank for a quick lay-down directly behind him.

Edwards picked himself up and was able to split the Mildenhall pair in the rerun with Clegg taking the chequered flag as the visitors drew first blood.

And despite an impressive ride from reserve Richard Andrews to win heat two, the visitors would soon create some breathing space between the two sides.

Mildenhall sat comfortably on a maximum when Kyle Bickley slid off on bend three of the fifth.

He was disqualified and guest partner Jack Smith was punished with a 15-metre handicap under the season’s new rules for the rerun.

Mildenhall took full advantage in that second staging and the visitors opened up an eight-point lead with the first 5-1.

But just two races later the Heathens’ night took a turn for the worse as they were reduced to six riders.

Ellis Perks went in pursuit of the Fen Tigers’ Ryan Kinsley, but lifted alarmingly out of bend two.

He collected his opponent and sent the Mildenhall man crashing through the wooden fence in a horrific-looking incident.

Perks was withdrawn from the meeting and took a trip to hospital with foot and ankle injuries while Kinsley somehow not only walked away from the crash, but also took his place in the rerun and eased to victory to remain unbeaten from three rides to lead another maximum to move 12 in front.

The Heathens sparked a mini revival, but 5-1s from the gate in heats 10 and 12 were met with an instant response from the visitors with the Heathens unable to kick on.

And Clegg and Kemp rounded off impressive nights with one final maximum as they went either side of Bowtell down the back straight in heat 15.