Tony Gore has declared himself ready for another season in the Dudley Sports hotseat.

The current campaign has been declared null and void by the FA due to the coronavirus outbreak, which means Sports will be plying their trade in the West Midlands League Premier Division again.

And despite a testing season that saw Sports finish one place off the foot of the table, Gore is happy to take on the challenge once again.

“It’s been a tough season and it certainly doesn’t get any easier, especially when you don’t have a budget,” said Gore.

“This is my 25th consecutive year managing in this league and even when we have a bad day I still get something out of it.

“When we lose I get down, but then I still get that buzz when the next game is coming up. I have still got that fire in my belly.

“It’s a real challenge now because a lot of sides in this league have budgets.

“It’s no surprise that the three teams at the bottom don’t have budgets.

“It’s the same in any league, the ones with the most money tend to be up at the top challenging.

“But myself and Paul Blakeley (joint-boss) have been here for 11 or 12 years now and we know what the job entails.

“I’m keen to again and hopefully Paul is to.”

Despite positive results being hard to come by, Gore believes there were signs of progress as the season unfolded.

And he is hopeful next season won’t see Sports hovering in and around the drop zone.

“From our point of view, we had been told that there was only going to be one side relegated,” said Gore, who enjoyed playing spells with Halesowen Town, Stourbridge, Halesowen Harriers, Lye Town, Gornal Athletic and Cradley before going down the managerial route.

“I would like to think that we would have been all right had the season been completed.

“We had got ourselves off the bottom and we probably had our strongest squad of the season available for the run-in.

“We had improved as the season went on and over the final couple of months we had added a bit of experience to the squad.

“Hayden Seymour, Tom Watkins, Jason Walters and Jamie Parker had all come in and proved to be solid signings. They were helping the younger lads and our performances were improving.

“The squad was getting better and the aim now is to keep those players and add three or four more quality players.

“I have spoken to most of the squad and they seem keen to go again next season.”

But the battle for signatures in the summer will be a fierce one.

“We can’t offer players anything cash-wise,” added Gore. “If it is money they are after, then they won’’t sign for us.

“But if they are young players who want to be given a chance to develop and progress at a decent level, then they will get that here. It’s been pleasing to see some of the younger players improve. That is a real positive for me.

“Our goalkeeper Ryan Pratt is still only 18 and he has played around 100 games at this level. He has a bright future.

“And we don’t stand in any player’s way. If they do well for us and then get the chance to progress up the pyramid, then great. Quite a few of our former players have gone on to play at a higher level.

“We saw that at the start of the season. We started OK and four or five of our lads who were playing well were enticed away.

“It makes it difficult because it is hard to replace good players, but that’s just the way it is.”

And while Gore and Blakeley led the battle for survival, football took a backseat early in the year following the death of club stalwart John Lewis.

“He had been part of the club for many years in different roles such as secretary and groundsman.

“We were devastated by his loss and he is sadly missed.

“The amount of messages we received from other clubs following his death showed the esteem in which he was held.” 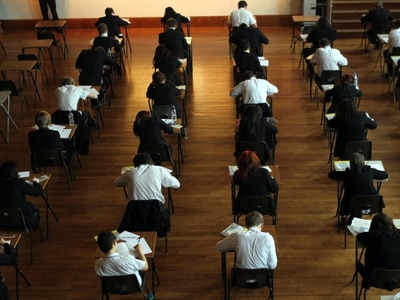 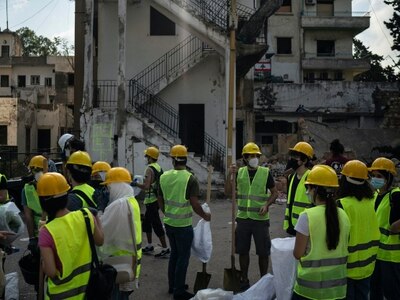