The start of the new millennium coincided with a golden era for one of our grassroots football clubs, writes Dave McLean. 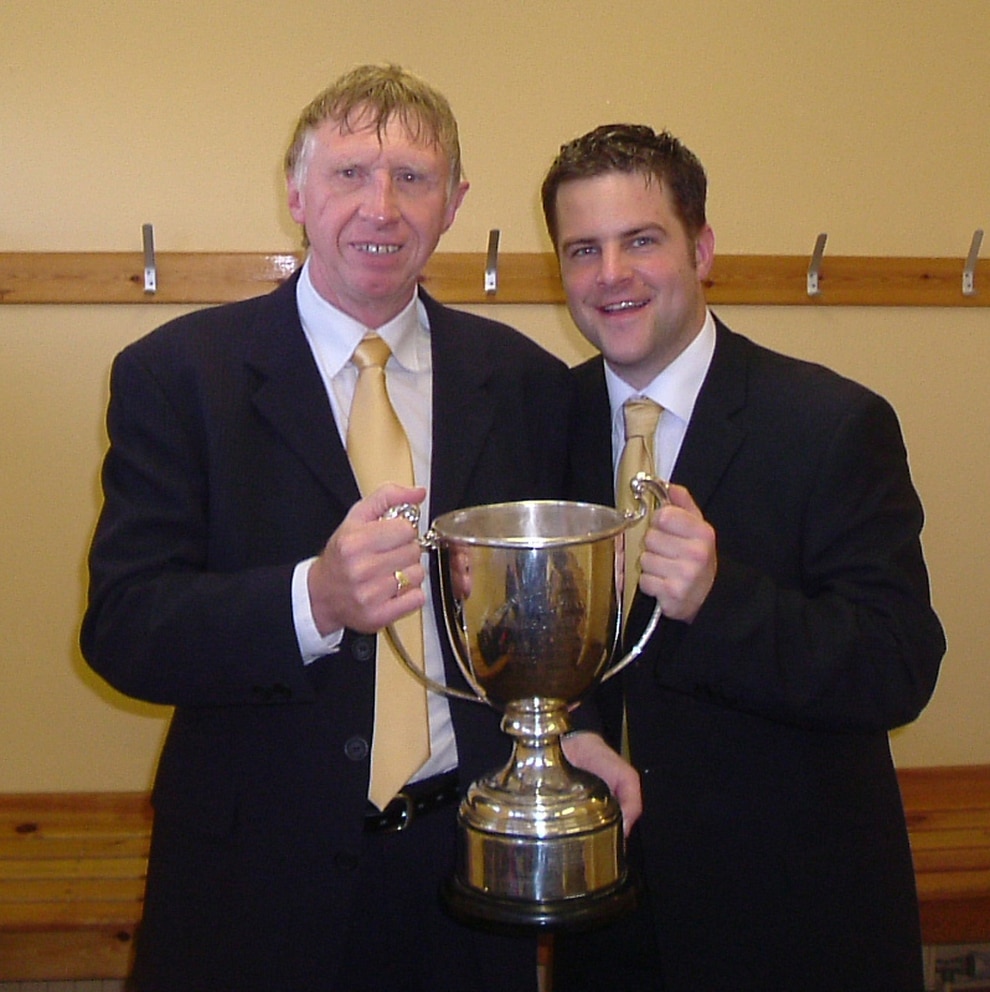 At the double, Lester Charity Cup and Premier title winners in 2003

In this the first of a new Beacon Sunday League flashback feature we turn the spotlight on the very successful Perton Village FC who, in just a memorable six-year period, lifted no fewer than nine trophies.

With the majority of the players residing in the village, Perton moved through junior football (Bilston League) joining the Beacon adult afternoon set-up in the 1999/2000 season.

Few, in those early days, would have envisaged the ‘village people’ going on to emerge as one of the most successful clubs in the history of the league.

Perton, under the astute leadership of Ken Rickuss, who was at the helm throughout the club’s glory days, began Beacon life in the first division (second tier) and emerged champions, losing just one match. And Perton Village never looked back after that superb debut season as further glory soon followed in the league’s Premier championship.

After finishing runners-up in 2001 and 2002 they claimed their first top tier silverware by taking the 2003 crown, retaining it 12 months later, as prolific striker Darryl Samuels finished the premier top marksman with 37 goals.

The Perton boys also excelled on the knockout stage, reaching the final of the league’s flagship Lester Charity Cup on five successive occasions from 2001.

On their first appearance in the final, they defeated Wombourne South 2-0 and followed up with further triumphs in 2003 and 2005 against Wednesfield Wanderers (3-2) and Wednesfield Celtic (3-1) respectively.

Silverware also came Perton’s way in the Premier Cup with victories over Wombourne North (2002) and Dell FC in a treble winning 2004/05 campaign.

That was also the term that saw Perton claim their greatest achievement when they pulled off a memorable 2-1 success over fellow Beacon outfit Nacro FC in the final of the prestigious Birmingham FA Sunday Junior Cup.

“We enjoyed several memorable seasons in the Beacon League and made many friends along the way,” said former Perton goalkeeper Simon Cater who, after finishing his career, was also assistant to manager Ken Rickuss.

“Most of the players had grown up together and the club had a real family feel to it, everyone looked out for each other.

“We were very fortunate to win several trophies along the way, with the final one the prestigious Birmingham FA triumph in 2005.”

Climbing the walls: It’s time for me to get serious about exercise