Staffordshire Nordic walking are standing proud after succeeding in their aim to shine on the world stage – and intend to keep pushing forward. 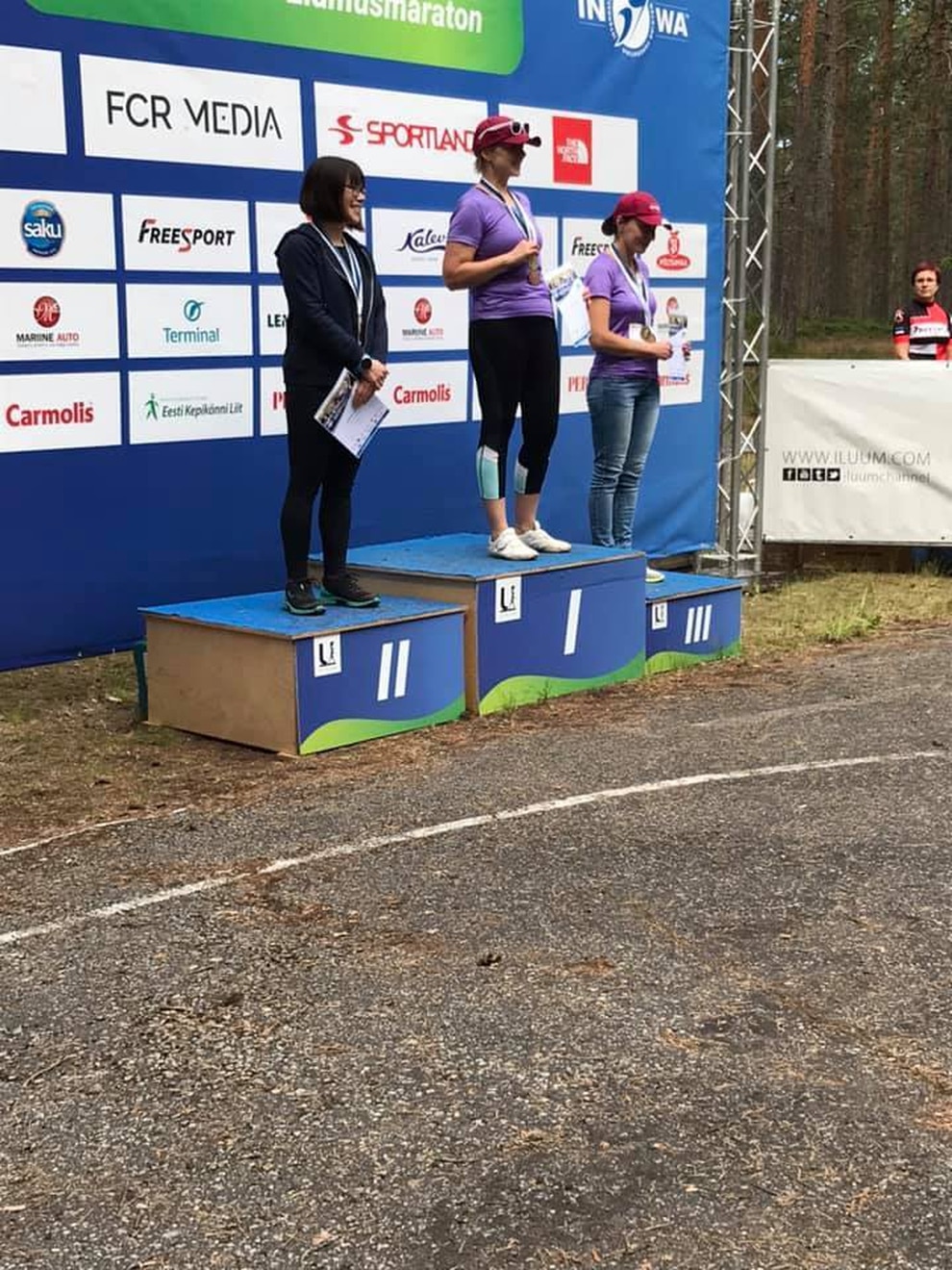 Jenny Andrew, left, on the podium 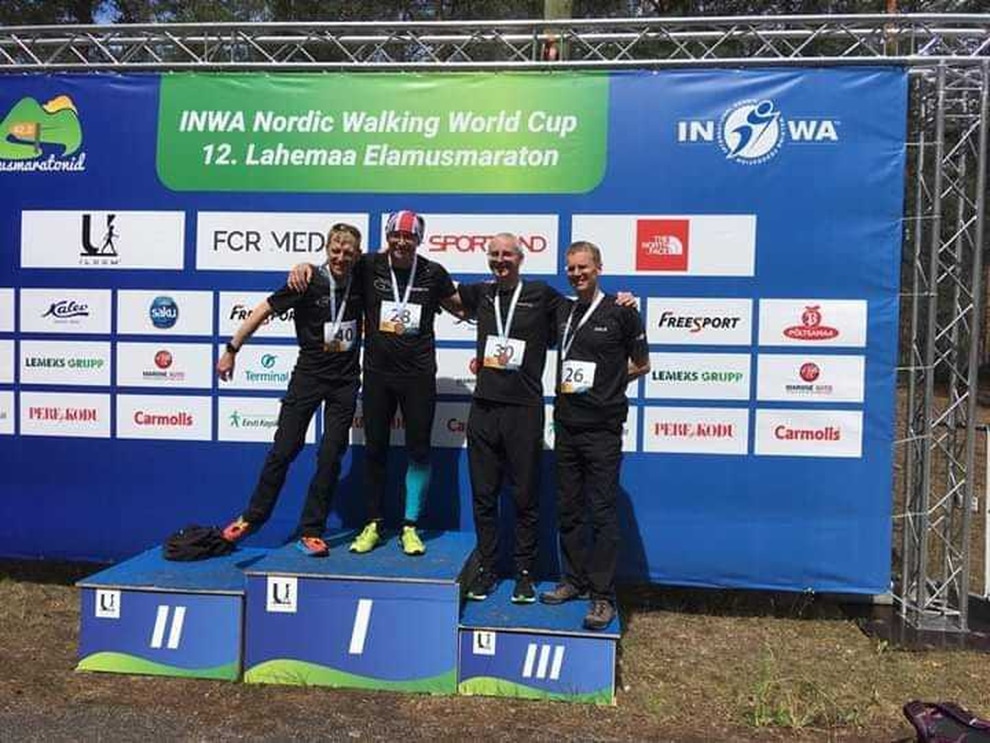 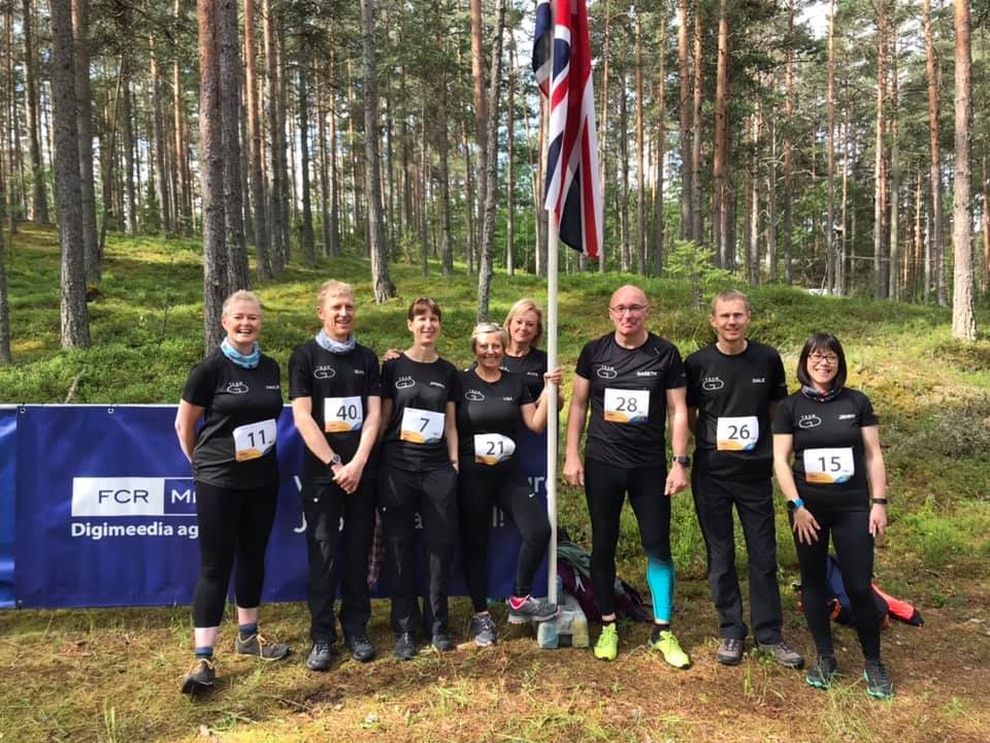 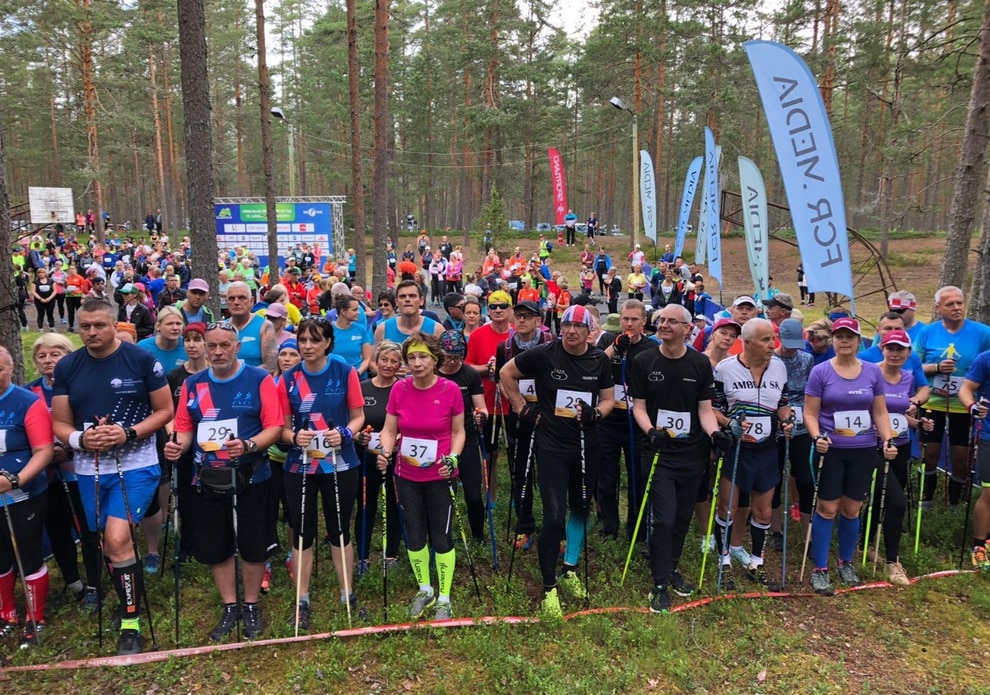 The group, who regularly get together for walks at Rowley Park in Stafford and over Cannock Chase, flew out to Estonia for the International Nordic Walking Association (INWA) World Cup Race after years of national domination.

And group founder and leader Gareth Davies became a world champion at the event over 10km at Lahemaa National Park, claiming top spot in the individual male masters (age 40-59) category.

He was not the only one to clinch a top prize either.

Staffordshire Nordic Walking paid their way out to Estonia while asking for donations to raise money for Diabetes UK and Katherine House Hospice in Stafford – and have so far raised a combined amount of more than £2,000.

“It’s really satisfying. We were up against a lot of other countries, and in their backyard, really,” said Davies, who has been teaching the technique described as ‘cross country skiing, but without the snow and skis’ since 2013.

“It gave us such a buzz, and we’d love to go out there again.

“They also do World Cup races in Asia, and we’d love to get out to either China or Japan and compete over there too. That would be incredible.”

The next World Cup race is in Nagano, Japan, in October. They are not currently planning to head out to that event, after taking a men’s team of four and ladies’ team of five to Estonia, but Davies has something else in mind.

He wants to set up a centre of excellence in Stafford and continue to help people turn their lives around. One of the group’s main success stories is Ben Carnes’ transformation from 28st to 15st 6lb.

Carnes has succeeded in the sport while being 85 per cent blind, and Davies would like to take him to a future international event.

“We want to inspire people of any age, that’s what we’re aiming for,” said Davies. “Setting up this centre of excellence is what I want to do next.

“Now we have got this platform, we want to build on it as no other British team has been to a World Cup and done what we have managed to do.

“We want to carry on for the next World Cup, and after that. We don’t just want to stop where we are.”

He added: “Nordic Walking is suitable for such a wide range of people, whatever your age or fitness level.

“It’s physically and mentally beneficial and it’s a low impact movement that is not harsh on the joints. We’re always looking to add to the group.”

For more information on Nordic walking and how to get involved, email garethcharlesdavies@hotmail.co.uk or call 07864976095.