Stafford excited by their big step up

Stafford director of rugby Andy Lewis says the club are excited by the challenge ahead on their return to Midlands 2 West (North). 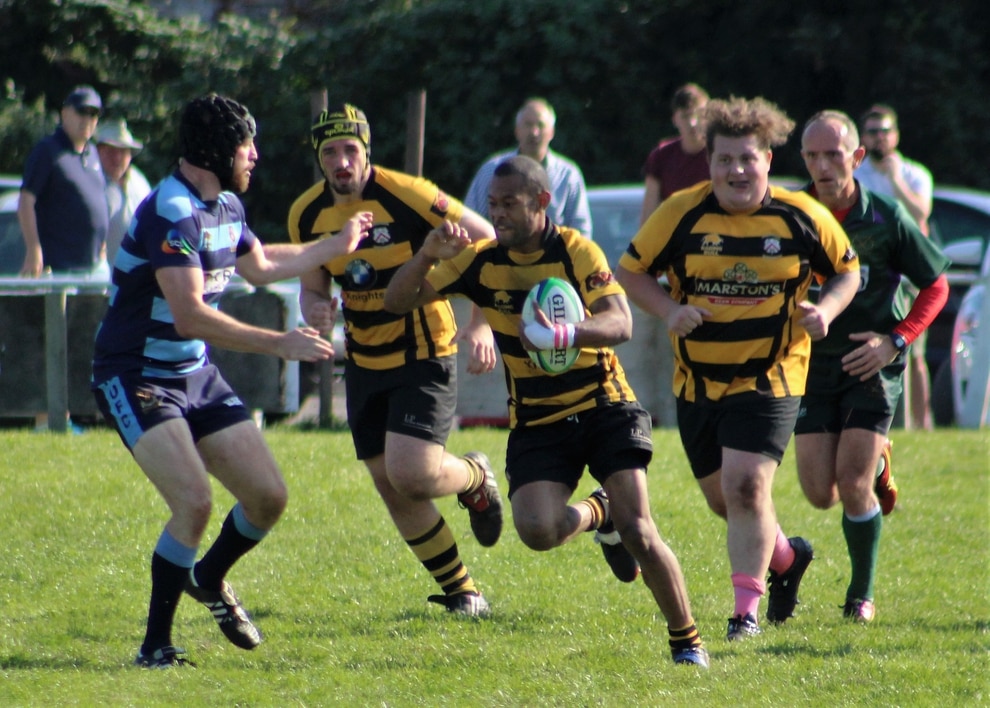 A dramatic end to last season saw Stafford edge out Burntwood on points difference to secure promotion at the first attempt having dropped down in 2016/17.

The club have bolstered their playing ranks with a number of additions, including Cannock captain Gareth Ley and his team-mate Stephen Frost.

Some have joined other clubs - but Lewis says that is more down to their ‘relocating circumstances’.

Lewis said: “Stafford Rugby Club are very much looking forward to the new season back in the Midlands 2.

“We got promotion on the first attempt to get out of a lower league, which is a huge achievement.

“We are very much excited for the new season. We are developing as always.”

One of the aspects Stafford is developing is their impressive youth set-up, which Lewis hopes will continue to provide a conveyor belt of talent for the senior sides.

They will be going into the league alongside Telford who finished as the league champions.

“We have lost a couple of players who have left us to play for clubs that are two levels higher up,” said Lewis. “That was more about their relocating than them leaving the club.

“We are recruiting hard and new players are wanting to join us as they can see the potential of this club going forward.”

Burntwood coach James Davies is hoping to banish the pain of last season’s near miss and clinch promotion from Midlands 3 West (North).

Having finished one point behind champions Telford Hornets and level on 87 with Stafford, an inferior points difference condemned Burntwood to another season at the same level.

Davies is geared up for another push for glory having added a handful of new signings over the summer.

“I think promotion is achievable,” said Davies, who is in his fourth year as the club’s coach.

“We just had a couple of games that we let slip that put us in that position.

“We have got the same squad as last season with a few additions this year. We have brought in a couple of more signings to hopefully strengthen our squad.

“The aim is to push up the table and hopefully finish in the top two. We have signed a couple of front row players and a couple of ex-players. They will help us to achieve what we want to do.”

After two successful seasons brought the club the Staffordshire Junior Cup and the step up to Midlands 3 West (North), Wednesbury’s primary aim is to consolidate their league position.

But Summers is excited about the signings he’s made in the summer.

“We’ve recruited well to be fair,” he said. “Two or three of the local clubs have suffered for it but that is the way of grassroots rugby. We’ve lost a couple ourselves.

“We’ve brought in Sean and Dean Bottomer from Bloxwich. Sean is a No.10, Dean is a centre.

“Because we’re newly promoted, we’re trying to be modest in our aims and stay in this league.”

“The seconds have been promoted twice in the Merit League,” he said. “They’re are some good second team players pushing the firsts.”

Wednesbury start their season at home to Burntwood tomorrow.