What channel is Fulham vs Wolves? Kick-off time, TV and team news

How to watch Fulham vs Wolves in the Premier League's Friday kick-off. The Black Country side won 1-0 when the sides met at Molineux earlier in the season.

It's now no wins in five for Wolverhampton Wanderers following Monday night's 3-2 defeat at home to West Ham.

Nuno Espirito Santo's side's fightback wasn't enough after they slipped to a 3-0 deficit in the first half. That result means they have taken just two points from a possible 15 and now sit 14th in the table.

On Friday they travel to another side desperately in need of a win.

Fulham are still in the bottom three with eight games to go, and have lost four of their last five, including last weekend at Aston Villa where they lost 3-1 despite leading with 12 minutes remaining.

When the two sides met at Molineux in October it was Wolves who emerged victorious, with a Pedro Neto strike proving the difference.

What time is Fulham vs Wolves?

Fulham and Wolves will kick-off at 8pm on Friday evening, in what is the day's only Premier League fixture.

Wolves fans will need to head over to BT Sport to watch the match.

Coverage will begin at 7.30pm on BT Sport 1, which can also be streamed through the broadcaster's app.

Joao Moutinho remains out having picked up a groin injury during international duty, whilst Willy Boly will be unavailable as he continues to self-isolate after contracting coronavirus. The Ivorian international is due to re-join training next week.

Meanwhile, Jonny Castro Otto joins the long-term injury list alongside Raul Jimenez. The Spaniard suffered a second serious knee injury during training and faces another lengthy period out of action. Fernando Marcal is continuing his recovery too.

Scott Parker says he has no new injury issues to worry about despite seeing influential forward Ademola Lookman come off in his side's 3-1 defeat to Aston Villa. Tom Cairney remains sidelined.

After Friday's trip to West London, Nuno Espirito Santo's men have eight days off until their next game which is at home to bottom-of-the-table Sheffield United on Saturday April 17. 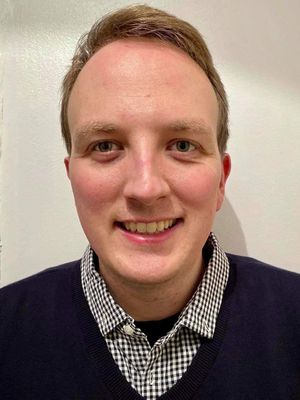 How injury jinx has struck Wolves with a vengeance

Wolves duo are set to miss part of next season

How injury jinx has struck Wolves with a vengeance

Wolves duo are set to miss part of next season

Wolverhampton murder trial due to start this week adjourned

Man given hospital order after series of indecent exposures

Peter Rhodes on a French tec, a weighty airliner and the perils of “improving” modern art

Express & Star comment: Time to go to the polls

Region's firms benefit from £481m in support during coronavirus pandemic

Ruling out in-person teaching before May 17 ‘unfathomable’ – university leaders

Minnesota police officer to be charged over shooting of black motorist