Wolves fans have been left "devastated" after their side lost in the quarter-finals of the Europa League to five-time title winners Sevilla.

Nuno's men were narrowly beaten in the competition by the La Liga side 1-0 with the winning goal coming in the 88th minute which fans described as "awful".

It means the club will not be playing European football next season after they finished in seventh place in the Premier League and narrowly missed out on a European spot.

But fans – despite being distraught at the loss – have said they are proud of their team, who started their Europa League journey on July 25 at Molineux last year.

Kully Basudev, from Blakenhall, went to Jacks Cafe and Bar in Wolverhampton to watch the match on the big screen along with other Wolves fans – following social distancing rules.

Tables were separated at the venue with only groups of up to six people allowed – in line with Government guidance – to watch the match.

He said: "It's just devastating, isn't it. Who would've thought it – the person who scored all the penalties doesn't. But you know, they did us proud at the end of the day.

"They made us proud and they made the city proud and we couldn't have asked for a better team. We said before if we reached the quarter-finals we would be happy and now we'll be able to focus more on the league.

"But we would've absolutely drilled Manchester United and I think we would've beaten them – I think they'll lose on Sunday as well.

The close-knit match saw fans cheering after Traore drew a foul in the box – before their cheers turned to disappointment after Raul Jimenez failed to score a penalty.

It was a match full of high emotion – with people standing up from their seats to shout words of encouragement at their players, particularly after a ruling from the referee.

And it was ultimately one of disappointment as the club conceded in the 88th minute to the Spanish club, despite strong defensive work to keep them at bay.

Wolves had battled through three rounds of qualifiers, then the group stages and onto the knockouts – along with a testing fight against Olympiacos.

And the Premier League side had to take on the challenge without Jonny Castro Otto who suffered an injury to his anterior cruciate ligament in th last-16 win over the Greek side.

And the club was also without Daniel Podence through suspension. But Wolves' efforts were not enough as the Spanish side, who has won the title more than anybody else, were beaten with a last minute goal.

Andy Sahota, from Punjabi Wolves, said: "I want to say we've had a fantastic season even with this defeat. If you told me at the start of the season we would be in the quarter-finals of a major European tournament, I wouldn't have believed you.

"So I'm very proud of the team and I'm hoping we can build on this and we go again next season – and hopefully break into that top four."

Dan Williams, from Fordhouses, speaking before the match, said it had been a "really good run" if Wolves lost – but he said it was a "shame" to not be there.

The Spanish side – who was won the title more than anybody else – finished fourth in La Liga this season, level on points with third-placed Atletico Madrid.

They will now play against Manchester United who triumphed 1-0 over FC Copenhagen.

Josh Rogers, from Wombourne, described the journey as an "amazing one" and added he had visited some of the away matches in the competition.

Phil Foley, from Penn, said the team was the "best team in a generation" and made comparisons to the team in the 1950s.

He said: "It's a great achievement from the players [to make the Europa League quarter-finals]. They're the best team in a generation. We always talk about the team of the 50s, we all hear about them, with players like Billy Wright and all that. But I think our current team would beat them – they're that good." 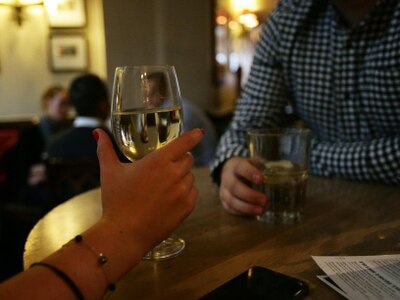