Adama Traore’s first goal at Molineux should have kept Wolves’ mammoth unbeaten run alive, but the paceman instead ended up with the taste of defeat and pain on a day that should have been all about him. 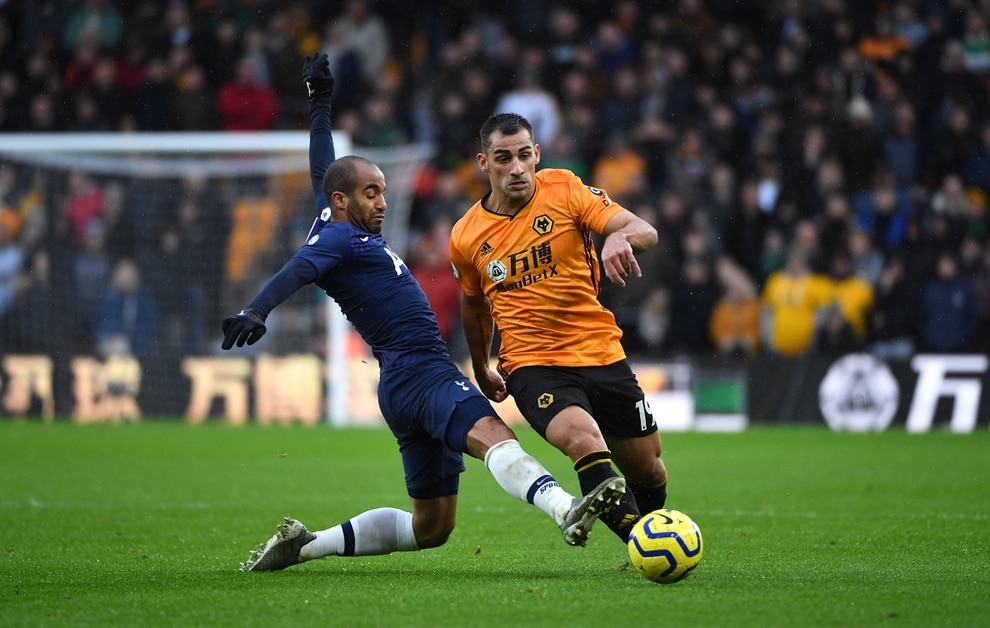 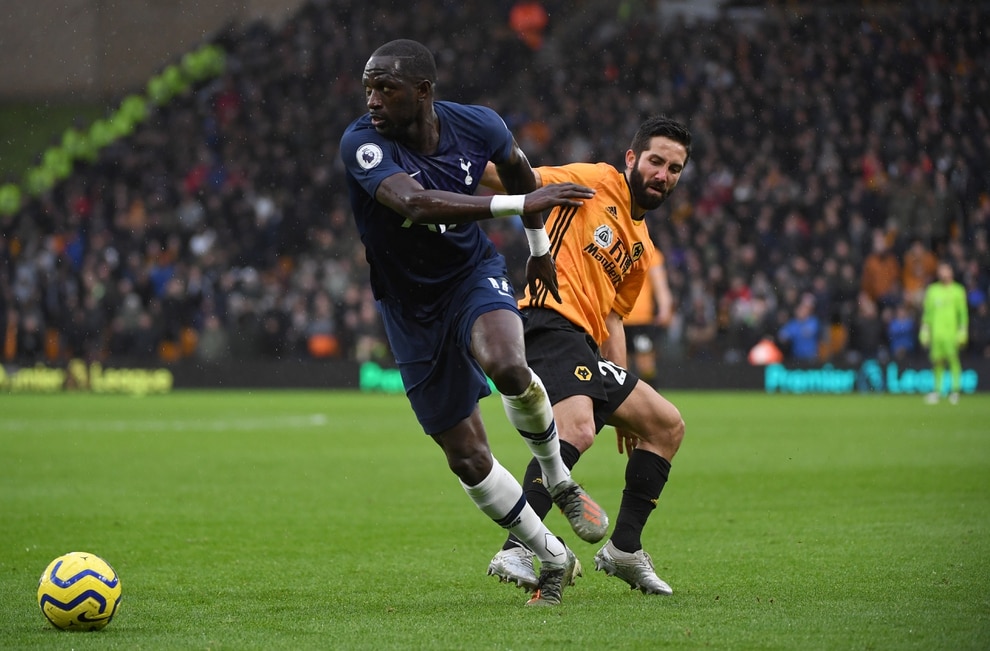 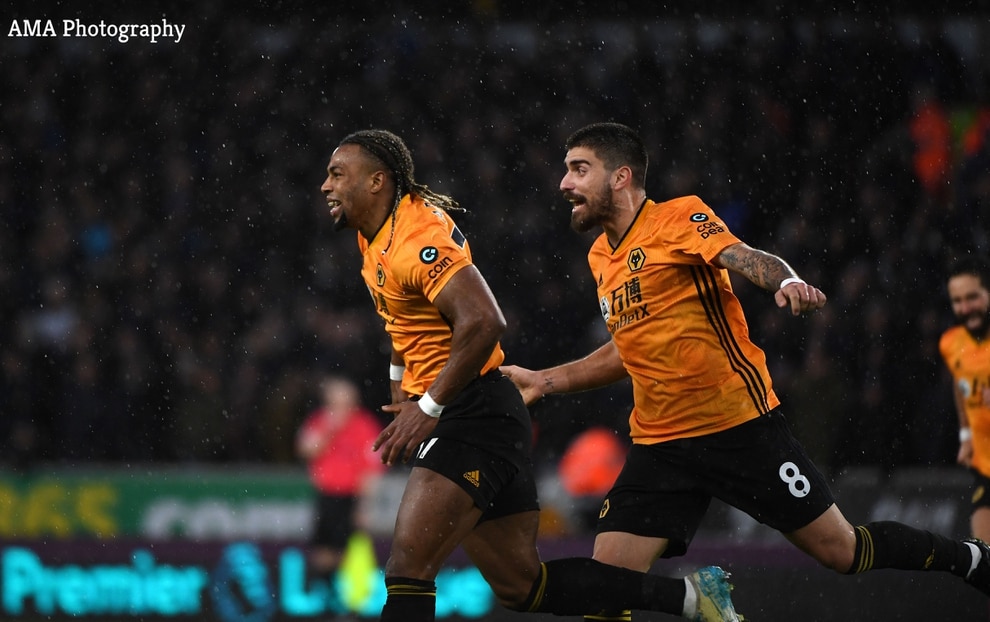 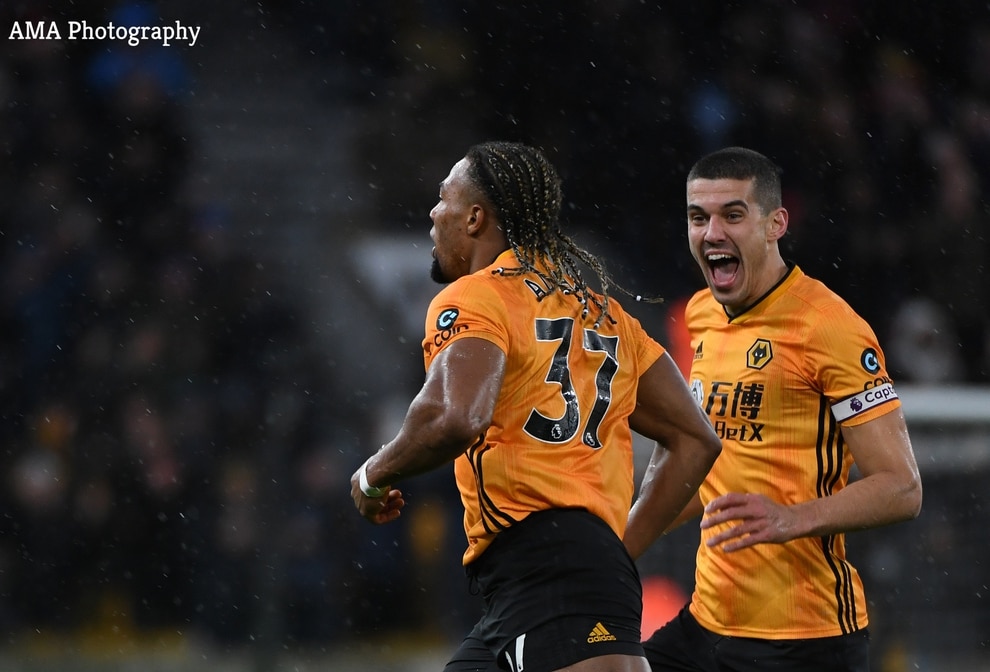 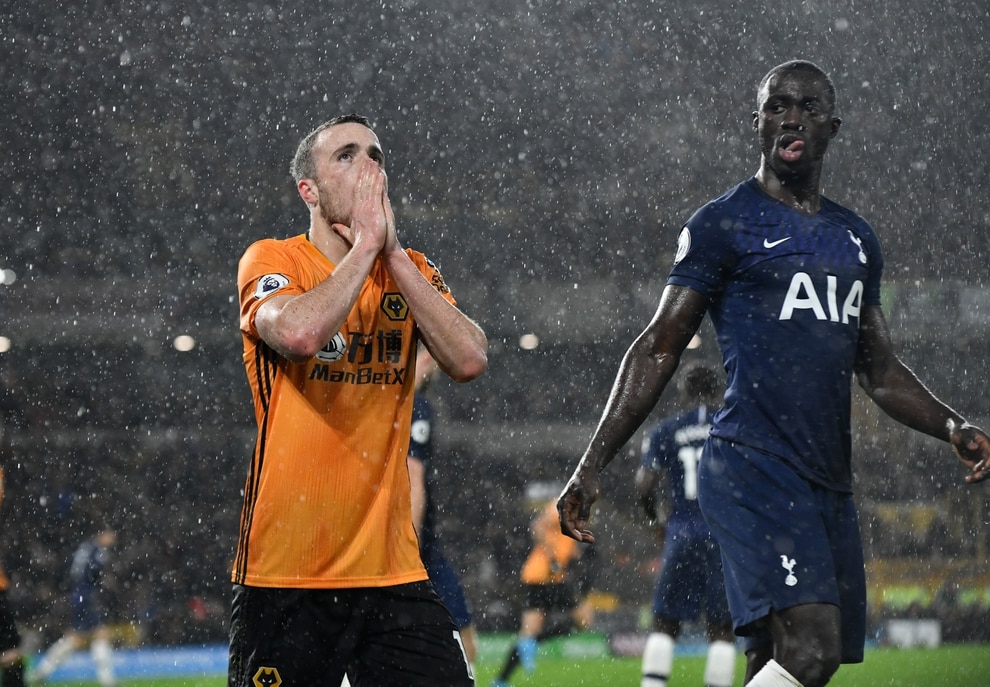 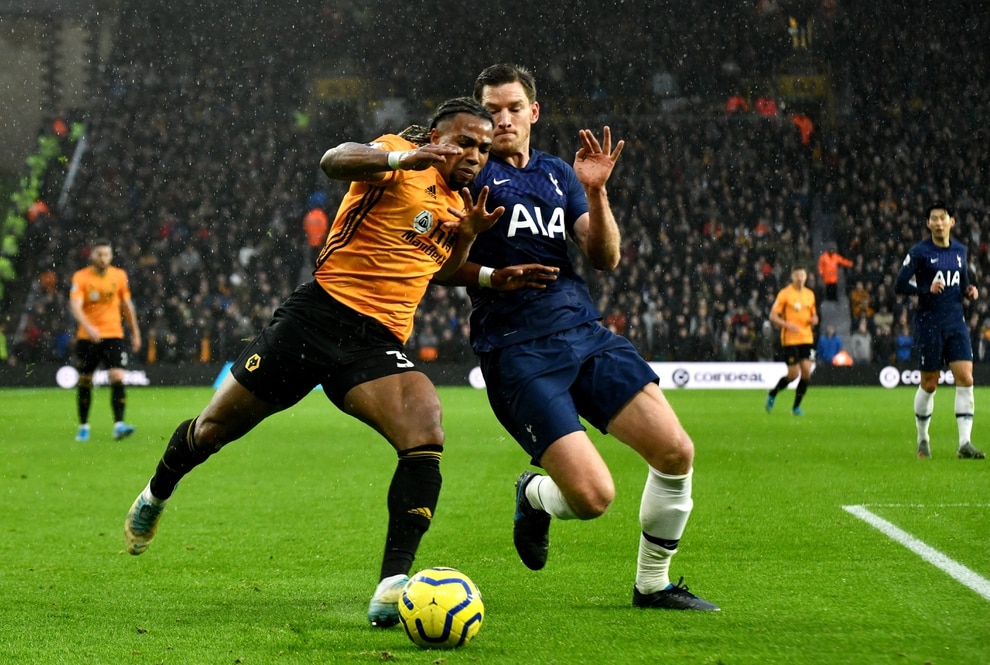 After watching Diogo Jota steal the show against Besiktas, Wolves’ right-sided forward popped up to put in a statement performance.

Pace, grit, power, determination and a 67th-minute thundering strike that not only broke his home duck, but cancelled out Lucas Moura’s early strike.

Wolves looked destined to make it a record 12 unbeaten, but as the cards flew out for fouls on Traore, he could not help them at the death.

Opposition teams have picked up 24 cautions this term in their bid to stop the wing wizard, but his hard work and a strapped-up shoulder for the troubles, could not stop Wolves shooting themselves in the foot.

Tottenham boss Jose Mourninho deserves praise for the way his men set up as they defended valiantly to stop Wolves.

That Traore tactic aside, Tottenham defended strongly and Jan Vertonghen erased his nightmare afternoon at the hands of the speedster by nodding home a 91st-minute winner to stop Wolves’ unbeaten run.

Nuno Espirito Santo had named an unchanged side from the one that drew 2-2 at Brighton last weekend.

Several of Wolves’ first-team stars were given the night off for the midweek Europa League victory over Besiktas and it looked like they would reap the rewards of that break.

They started brightly, with Joao Moutinho and Ruben Neves able to get on the ball in the middle of the park.

Wolves have an abundance of pace in their side, but so do Spurs.

Rui Patricio had batted away a fierce Son Heung-min strike, but Tottenham pounced on the loose ball after Neves had hooked the ball clear at the top of the box.

Lucas Moura was the man to get on the ball and he raced down the right of the box, outfoxing Jonny Castro Otto and Romain Saiss before rifling home from a tight angle on the right.

Tottenham had named an unchanged side from the team that smashed five past Burnley in their last Premier League game and they galloped forward in search of more after that opening goal.

Patricio made a fine stop to thwart Dele Alli, but Traore was still a threat on that right flank as he continued to give Vertonghen headaches, stinging the palms of Paulo Gazzaniga.

And Wolves nearly levelled from that right flank as Jimenez just nodded a Moutinho centre off target.

Traore might have been the dangerman, but in-form Jota sparked the move that nearly broke down Tottenham’s resistance.

Fresh from netting an 11-minute hat-trick against Besiktas, the forward battled with Davinson Sanchez before his strike was eventually cleared.

Jota was brimming with confidence and continued to be a thorn in Spurs’ side.

The Portuguese ace, Jimenez and Moutinho all had chances as Wolves continued to press.

They camped in Tottenham’s half as the rain lashed down at Molineux, but they could not make that dominance pay.

Mourinho’s men were still a threat up the other end and Wolves had the woodwork to thank after Eric Dier played a one-two with Alli and sent the ball crashing against the left post.

Wolves kept probing, but in the end it was a half where they did everything but score.

Nuno’s side picked up in the second half where they left off at the break with Jota, Doherty and Jimenez all having chances in the opening five minutes.

Tottenham defended strongly and ensured Wolves’ attacks ended with either the hands of Gazzaniga or cleared by a navy shirt.

They could have put the game to bed just after the hour mark when Alli curled the ball round the right post.

Frustration rattled around Molineux, with the home faithful voicing their disagreements with referee Stuart Atwell.

But the stadium erupted in delight in the 67th minute when Traore finally found a way past Gazziniga.

That saw the game open up as Tottenham and Wolves pressed for a winner.

Kane and Jimenez had chances at either end, but Traore continued to be Wolves’ dangerman.

Like Brighton the week before, Tottenham resorted to fouling Wolves’ wideman to try and stop him dominating that flank.

And Kane & Co nearly suffered for a cynical challenge on Traore as Moutinho whipped in the subsequent set-piece, but Saiss’s header was just batted away by Gazzaniga.

Tottenham and Mourinho were clever as multiple players fouled Traore.

It left Nuno and skipper Conor Coady facing questions post-match as to how to stop that tactic?

There is no simple answer, with Traore battered and bruised again.

Tottenham kept probing and Wolves would be left kicking themselves at the final whistle.

They failed to fully clear a Spurs corner and Christian Eriksen whipped the ball back in for the unmarked Vertonghen to nod home in the 91st minute.

Wolves deserved at least a point, but they paid the price for that late lapse in concentration – that is the difference at the top end of the table.

This will go down as one of the best performances of the season, but with no points to show for it.

Mourinho took all three thanks to a powerhouse display from his defence, proving when it comes to results, he is still the special one.

08 - Goal. Tottenham are in front. A poor Patricio clearance puts Wolves in trouble. The keeper manages to save a shot from Son but, seconds later, Lucas dribbles past Otto and Saiss, and rifles the ball into the roof of the net.

27 - Wolves have two great opportunities to level the scores! Firstly, Jota breaks into the box and tees up Jimenez, whose attempt sails narrowly wide. Jota is then released by Moutinho, but denied by a superb Sanchez block.

36 - Huge let-off! Dier plays a lovely one-two with Alli and then smacks the post from close range. Should have been 2-0 to Spurs there. Dier with his head in his hands. He cannot believe he has missed it.

67 - GOOOOOOOOALLLLLLLLLLLLLL! What a tremendous hit from Traore to bring Wolves level! The Spaniard takes aim from the edge of the box, and the ball almost breaks the net. Gazzaniga with no chance of making the save. Special strike.

84 - So close to a winner for Wolves! Saiss gets his head onto Moutinho's free-kick but is denied by a top-drawer Gazzaniga save. Great reactions from the Argentinian as there was plenty of pace on the header.

90+1 - Goal. Vertonghen clinches all three points for the away side. Substitute Eriksen whips a corner into the box, and the unmarked Vertonghen guides the ball into the far corner with a perfectly-cushioned header.