To the untrained eye, negotiating a new two-year contract with a 33-year-old may seem to be a bit of risky business.

But Joao Moutinho is Wolves’ best midfielder, hands down, so keeping him around is crucial as the club looks to cement themselves as a Premier League force.

A Euro 2016 and Nations League winner with Portugal, a three-time Primeira Liga winner with Porto and a Ligue 1 winner with Monaco, Moutinho is one of the most classy operators we have seen in gold and black – and Wolves’ midfield three should be firmly centred around him.

Things have not been going swimmingly in that area of the pitch recently.

However, Moutinho is still the man.

As Ruben Neves looks to get back on track, and Leander Dendoncker return to the level he was at during the second half of last season, the 5ft 7in magician is of the utmost importance.

His supreme quality with the ball combined with a heart-warming desire off it – chasing after balls like a super-fit Jack Russell – is what you want from an out-and-out central midfielder.

And with a slight tweak to the system, we could well see his ability come to the fore again.

In recent weeks, the midfield have struggled to impose their will on proceedings.

Neves has dropped too deep, Dendoncker ran out of steam in a more advanced role, and Moutinho, despite all his exceptional attributes, been unable to do it all himself.

But if Dendoncker played as the anchor in front of the defence – as he did when he first came into the side – instead of Neves, surely the Portuguese pair would have a better chance of combining to devastating effect?

It would be the master and apprentice on the same wave-length, playing within 10 yards of each other rather than 30 as Neves joins the backline to get on the ball. You also have to think it would suit Dendoncker – someone who has been hard to notice as of late – given he has played in defence in the past.

Talks with Moutinho over a new deal are at an advanced state and negotiations are thought to be well on their way to being concluded.

He is not even close to resembling a player past his prime at this point, but even if he does agree on fresh terms and start to slow down towards the end, Wolves will likely still be reflecting on his extension as a shrewd move. After all, Moutinho sticking around makes it more likely for Neves to fulfil his potential.

Neves can learn a lot from Moutinho.

Neither are the quickest, strongest or tallest players, but both are pure, gifted footballers.

Seemingly low on confidence, Neves has dropped back.

But he should follow the lead of Moutinho – someone who excels in tight areas by using his brain to outwit the opposition – and show some more attacking intent.

Hopefully, it turns out to be a glorious passing of the torch.

By the numbers: Joao Moutinho's Wolves stats among the best 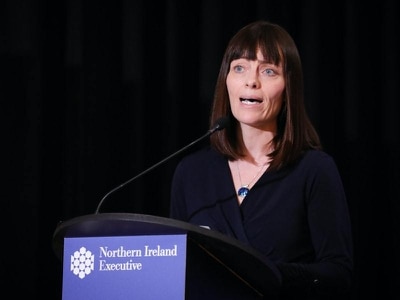