Wolves take on Manchester United in their opening home Premier League game of the season on Monday - get all the information on the visitors here. 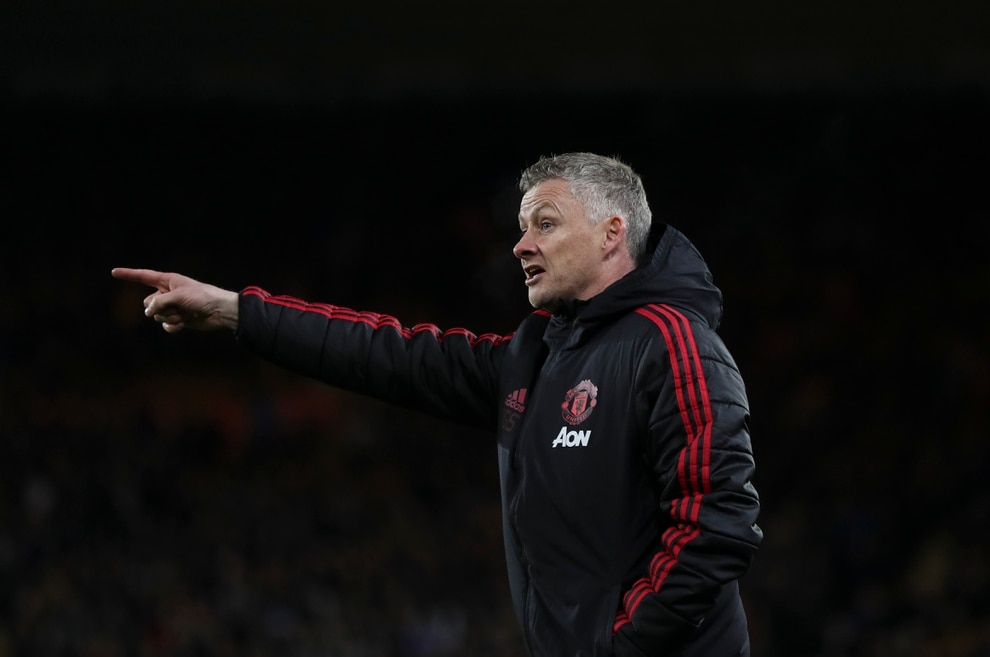 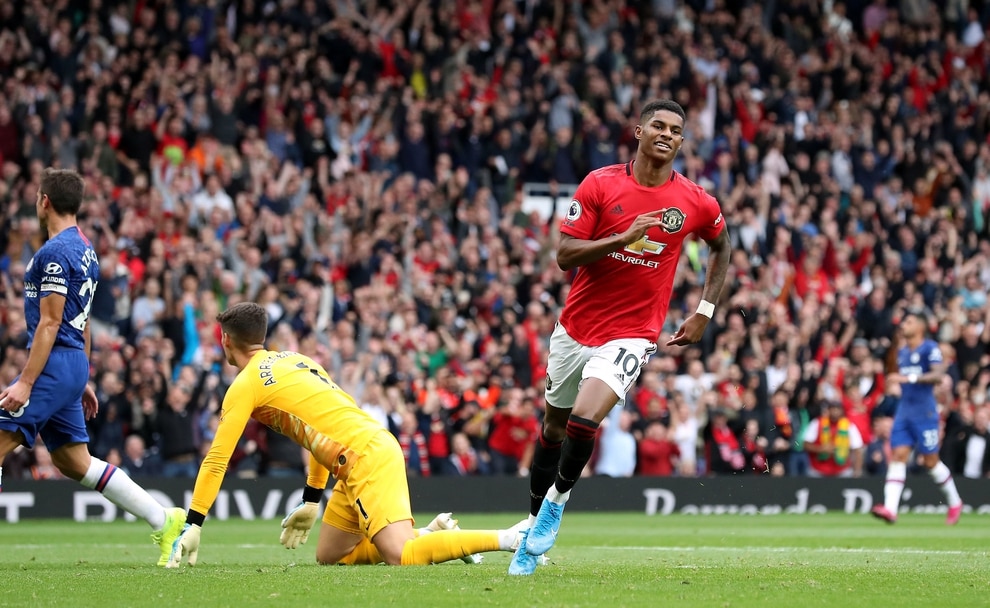 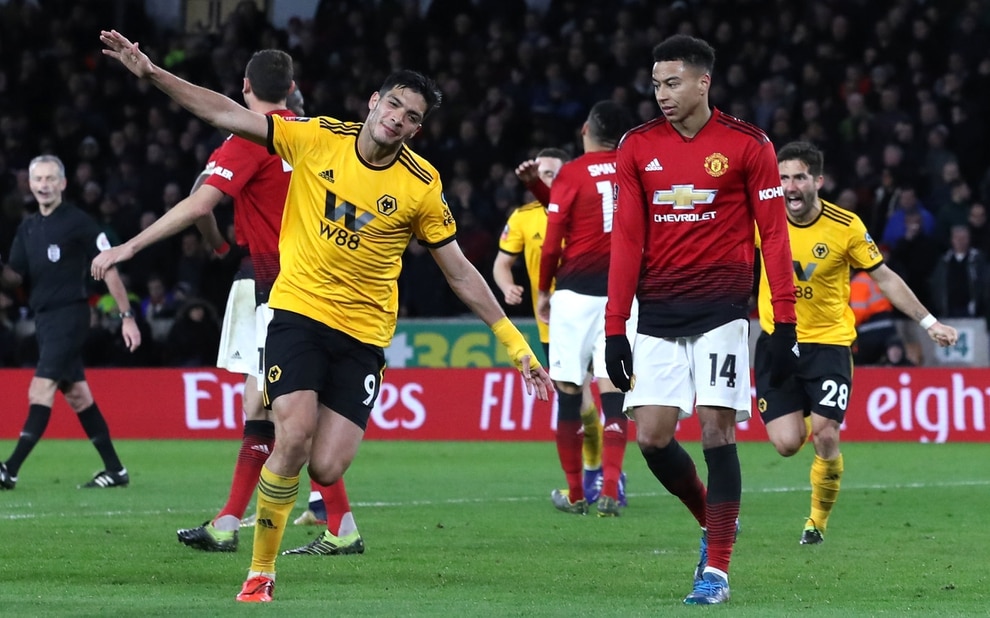 Wolves have had recent successes over United.

We spoke with Dominic Booth, Manchester United writer for the Manchester Evening News, and Ben Guest, from the Football Faithful, to get a proper look at the Red Devils.

See what he had to say here:

So the new Premier League season has kicked off, what are the early impressions you've gotten from United so far and what are the expectations?

DB: Expectations were arguably as low as they ever have been for a Manchester United Premier League season, considering how they finished the last one and the issues that weren't addressed in the transfer market, despite three arrivals.

But an opening day 4-0 thumping of Chelsea has thrown that into flux and put a few more smiles on faces.

BG: Well, having watched all of United’s pre-season games and having been at the season opener against Chelsea last week, it seems clear that Solskjaer is trying to implement a much more dynamic brand of football, pressing from the front.

Despite the look of the scoreline last week were far from their sparking best against Chelsea, but they certainly showed the kind of form and positivity that was evidenced upon Ole’s arrival last December.

They attacked with numbers, and defended as a unit, while Paul Pogba put in a decent performance in midfield, registering two assists, despite apparently wanting to leave.

The early signs have been positive.

What sort of transfer business has been done at Old Trafford over the summer? And how have those new signings settled so far?

DB: Harry Maguire won Man Of The Match against Chelsea, Aaron Wan-Bissaka was excellent after slotting straight in at right-back and Daniel James scored on his debut.

Not a bad start for the new trio!

BG: Many United fans are astounded by the lack of the addition of at least one central midfielder this summer, especially given the departures of Marouane Fellaini and Ander Herrera.

Harry Maguire had a solid debut last weekend, as did Aaron Wan-Bissaka, with the duo set solidify what has long been a flimsy looking defence.

Dan James scored on his debut, but whether he is ready for the step up the Premier League just yet remains to be seen. He looks lightening quick though which is always a threat to any defence.

What sort of football can we expect from United at Molineux - is it anything different from last season?

DB: It was interesting that United managed to tear Chelsea apart largely on the counter-attack. Whether they'll be able to do that against teams from outside the top six remains to be seen.

Wolves sat a little deeper and frustrated United in both their meetings at Molineux last season - and won both.

So Solskjaer must be able to come up with alternatives ways of playing to succeed against Wolves and the rest of the division this season.

BG: It’s of course still very early days of the season, so it’s hard to know exactly what to expect. However, as I said earlier, United seem to be keen to play a more attack minded brand of football, with dynamic players set to lead the line.

Wolves and Manchester United had their fair share of meetings over the last campaign - will Solskjaer take those results into account heading into this game?

DB: I think he will.

He mentioned the two defeats - which proved detrimental to United's hopes of winning the FA Cup and finishing in the top four last season - straight after the Chelsea win.

He'll hope United will have learned their lessons.

BG: Absolutely. Nuno’s side showed themselves to be difficult to break down and dangerous on the counter.

With Maguire and Wan-Bissaka at the back, and Lindelof showing massive improvement over the last 12 months, United will be hopeful that their back line will be stronger than the ones that they were able to put out last season

Wolves are obviously involved in Europa League action ahead of this game, do you think United might try and take advantage of a potentially fatigued side?

DB: United have been working hard at improving their fitness levels over the summer, so any sense of fatigue in the oppositions' ranks will be seized upon - especially with everyone feeling sharp after a morale-boosting opening win.

It might be a tough one for the hosts on Monday night, but at the same time United will be aware of the dangers posed by Nuno Espirito Santo's side.

BG: I hope so. Although it could see Wolves become even more difficult to break down if they decide to shut up shop. It could be an interesting tactical battle.

What's your predicted XI for this game, from a United perspective?

DB: Solskjaer may well go unchanged from the team that beat Chelsea.

BG: I can’t foresee too many changes, although Solskjaer could choose to bring in someone like Juan Mata, who has the ability to pick a pass against a well drilled defence.

What have you made of Wolves from afar, do you think they might have what it takes to gate-crash the top six this season?

DB: United fans will certainly hope Wolves don't gatecrash the top six - as they'll be one of the teams at threat.

I've followed Wolves from afar since their promotion season in 2017/18 and have been hugely impressed by their recruitment and their football.

I see them finishing just outside the top six again, due to the financial muscle of the teams above them more than anyone else.

BG: They certainly look impressive and they have once again made some astute signings.

Whether they can get into the top six could depend on their Europa League progress, because as United will attest from their triumphant EL campaign in 2016/17, the rigours of Thurs/Sunday football certainly seems to take its toll.

DB: A reverse of the scoreline in both Molineux games last season. A hard-fought 2-1 win for United.

BG: I certainly don’t foresee United racking up a second successive 4-0 win, Wolves seem far too savvy for that.

It will be a tight affair for sure, and I wouldn’t at all be surprised if United dropped points, but the optimistic side of me will be going for a 2-0 win for the Red Devils.

Nuno not frustrated by Wolves’ lack of transfer action so far