A stunning rise was celebrated and future ambitions were shared at Wolves’ end-of-season awards. 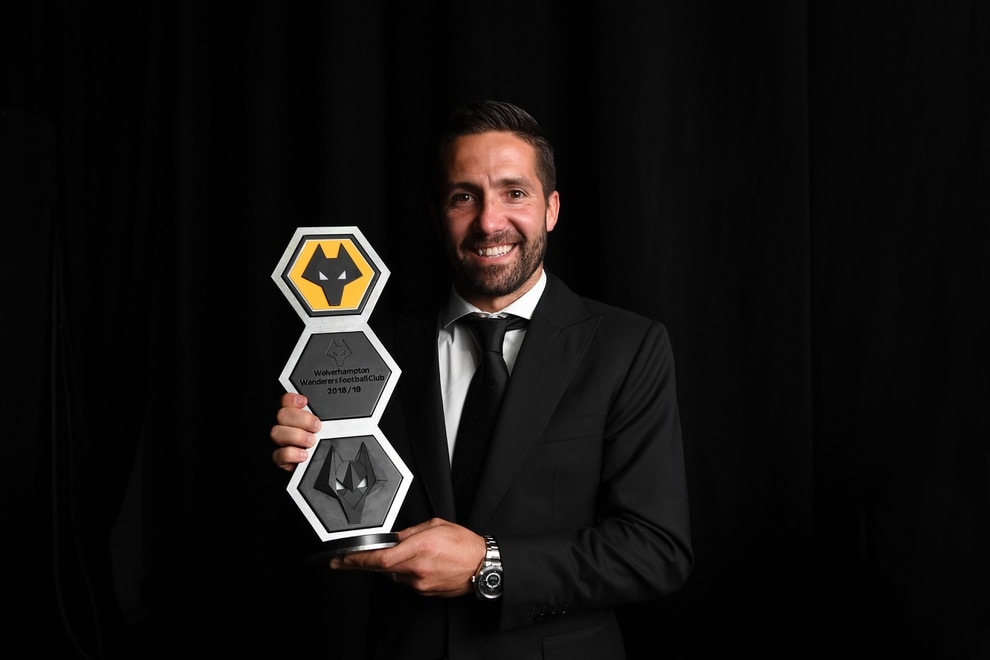 Joao Moutinho with his player of the season award 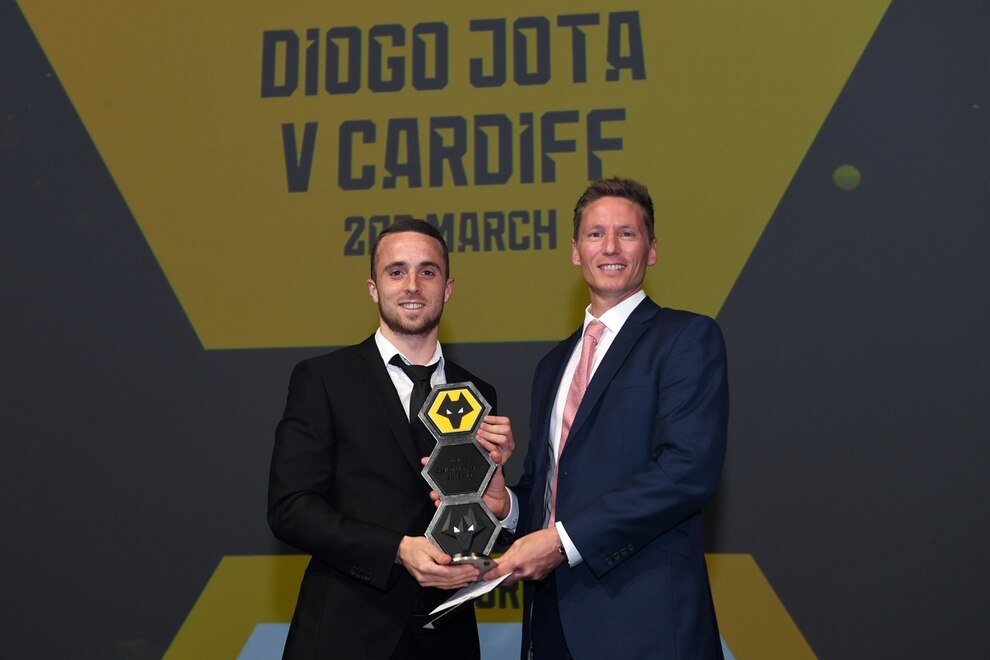 Diogo Jota gets goal of the season 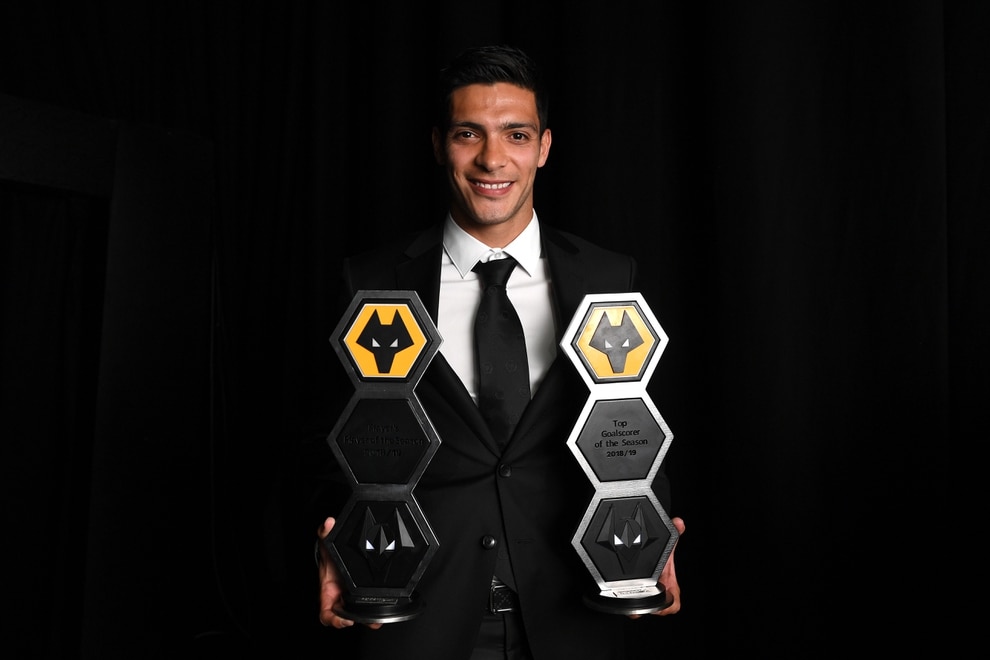 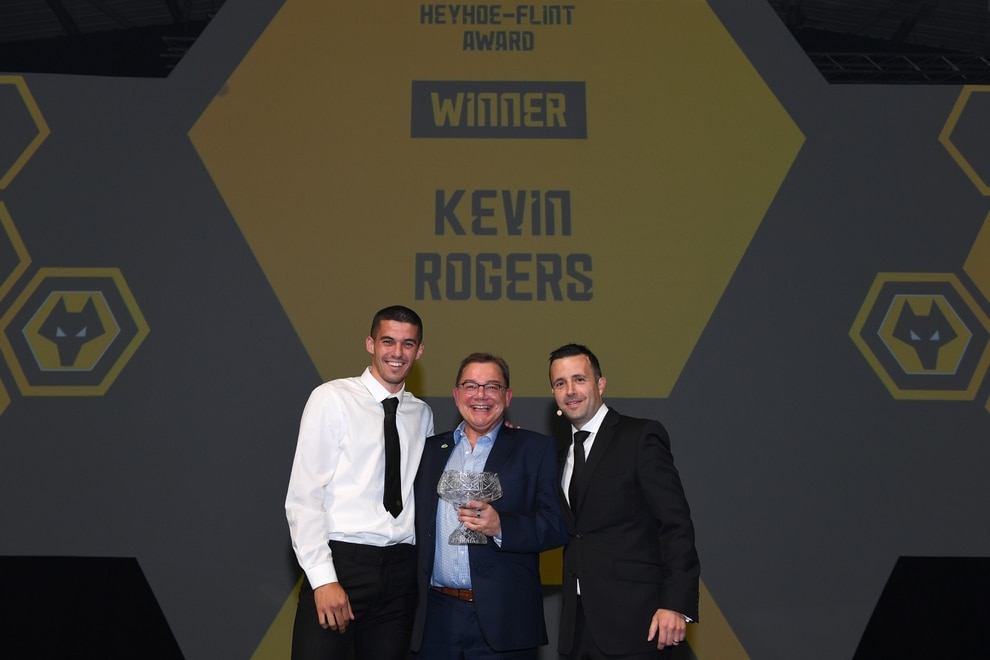 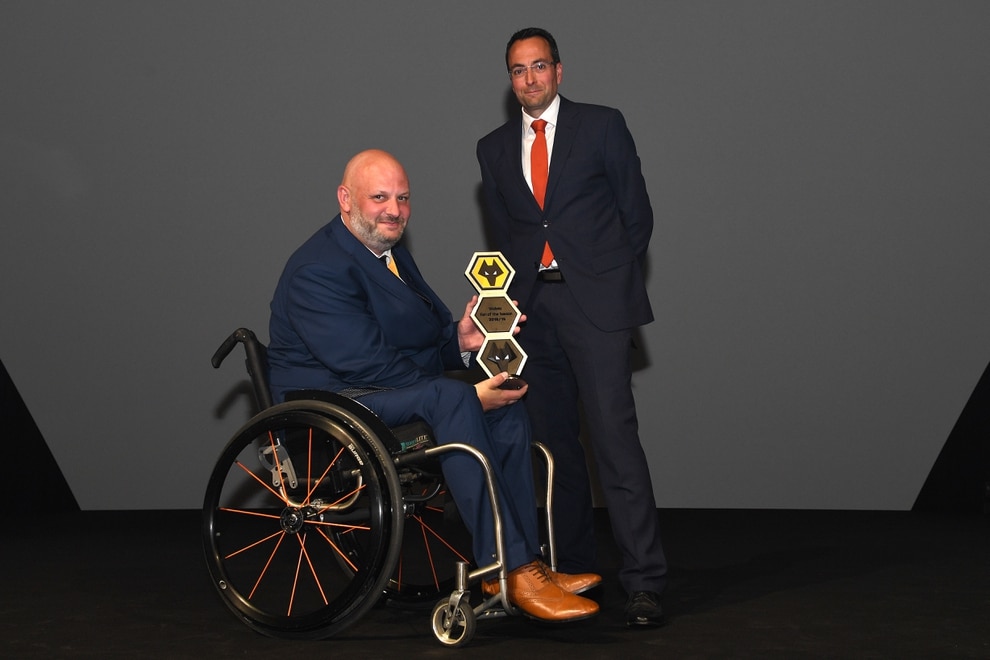 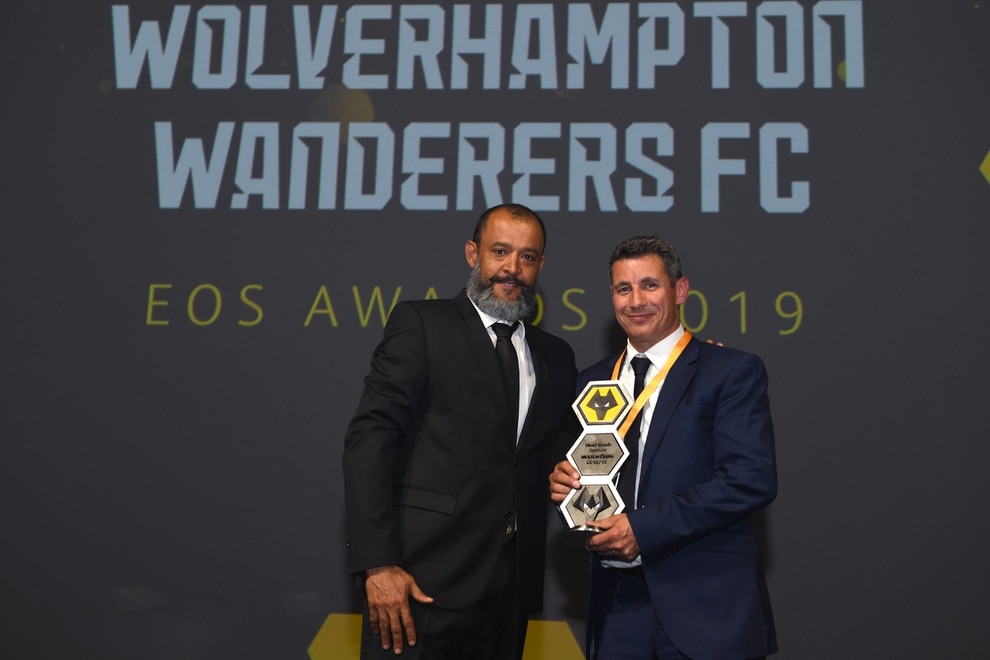 Nuno with his manager award Well over 1,000 fans packed into Telford International Centre to congratulate Nuno Espirito Santo and his players for a sublime first campaign back in the Premier League.

And they heard about how the club wishes to kick on after finishing seventh, with managing director Laurie Dalrymple revealing the whole of Molineux’s South Bank will have rail seats in time for next term.

The event was capped by Portuguese playmaker Joao Moutinho being crowned player of the season, as voted for by fans.

But proceedings on Tuesday began with Nuno, assistant Rui Pedro Silva and the squad taking to the stage, applauding the supporters who duly returned the favour.

Dalrymple’s speech soon took place – with him being introduced by presenters Jacqui Oatley and Jonny Phillips – and it consisted of three significant announcements.

The first was that Wolves are opening a megastore in China, the homeland of owners Fosun, to coincide with their visit for the Asia Trophy this summer.

“We see China as a key market. We are not just a run-of-the-mill club from the Black Country, we’re very much becoming a global club and brand,” said Dalrymple.

The second unveiling was an artist’s impression of what the club wants Molineux to look like in the future, with the South Bank, Steve Bull and Billy Wright stands redeveloped.

No date was given and specifics were not gone into, but it reaffirmed Fosun want the club’s current home to be made bigger and better rather than build a new stadium in another location.

Then came the news that Wolves will be the first club in the top flight to introduce rail seats in an ‘innovative’ and ‘progressive’ move. Dalrymple signed off by saying: “There are no limits to our ambitions. Together, anything is possible.”

Dinner and words from all-time top scorer Steve Bull and sporting director Kevin Thelwell came before Nuno said: “I want to thank the staff, my team at Compton, Laurie, Jeff (Shi, chairman) for all the support, the players for their belief, each and every one of us.

"You, the fans, are the ones who make it special. We’re going to do it again. Together we are stronger.”

The gongs were then presented, and Moutinho took the top prize ahead of Raul Jimenez and Diogo Jota. Jimenez was named players’ player of the season though, while Ruben Vinagre was young professional of the season.

Jimenez also won the top scorer award. Goal of the season went to Jota for a fantastic team effort against Cardiff.

Kevin Rogers, the first donor patron of the Wolves Foundation, was taken by surprise as he was presented with the Rachel Heyhoe Flint Award for his contribution to good causes in the community.

A fun night to bring the curtain down on a thrilling season for those in gold and black.

Steve Bull Q&A: Wolves have everything they need to progress