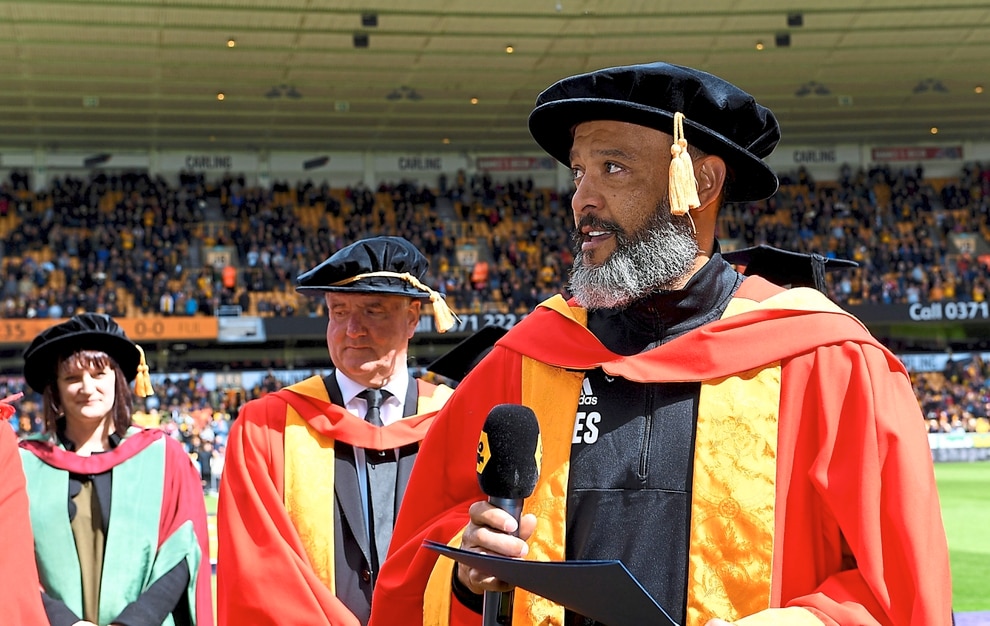 Top of the class: Nuno Espirito Santo was awarded an honorary doctorate for his endeavours (AMA) 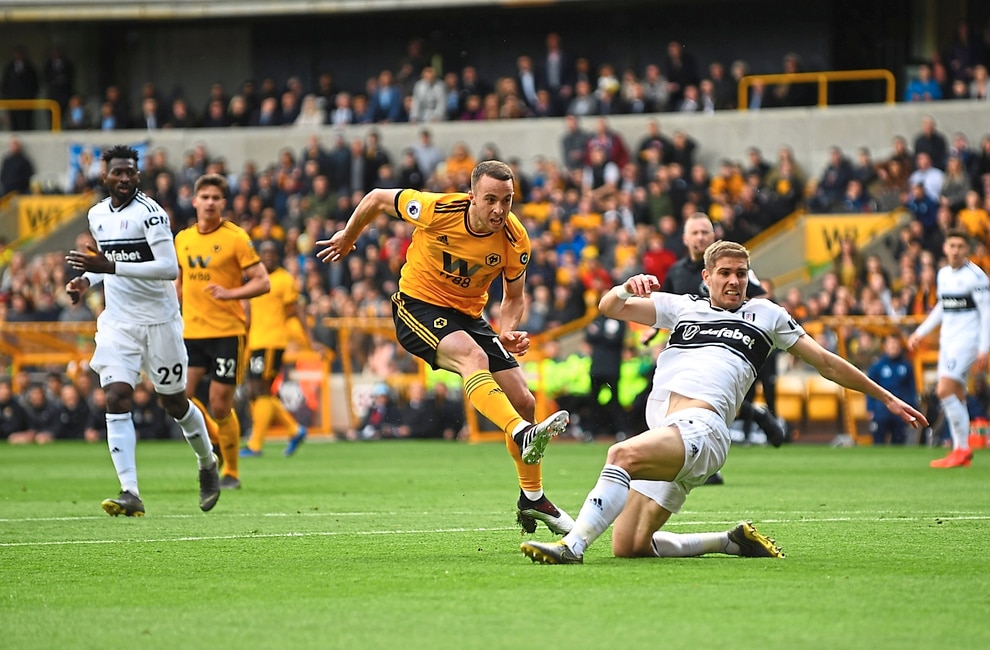 Skipper Conor Coady has made the step up (AMA)

So, let’s all reflect on how everyone has performed over these past several months – made up of a run to the FA Cup semi-finals and so many stunning Molineux nights en route to clinching seventh – dishing out some grades along the way.

Nuno’s nomination for the top-flight manager of the season alongside Pep Guardiola, Jurgen Klopp and Mauricio Pochettino tells you all you need to know.

But, assessing why he is up for the gong, the tactical tweak he made was vital. Switching from a 3-4-3 formation, which had served Wolves so well as they won the Championship, to a 3-5-2 was a masterstroke.

Nuno’s team went from potentially being found out and one-dimensional to more solid all-round.

An extra man in midfield, namely Leander Dendoncker, brought added protection and further support to what has proven to be an excellent forward pairing in Raul Jimenez and Diogo Jota.

The well-oiled Wolves machine was too hot to handle for Chelsea, Manchester United, Tottenham and Arsenal in the league – and Liverpool and United again in the Cup.

But the drawbacks have been Wolves’ struggle against the lesser lights throughout the term and the Wembley woe against Watford. Ultimately, Nuno has got the best out of so many players and unified the city to the point where he was awarded an honorary doctorate of sport from the University of Wolverhampton. He gets an A.

Skipper Conor Coady has continued to be consistently dependable at the heart of the backline, while Jota has risen to prominence over the past few months.

Ruben Neves has not quite taken the league by storm, but still shone with his ability and application.

Matt Doherty and Jonny Castro Otto have worked tirelessly on the flanks, and Jimenez has been the heroic No.9 fans had craved for years.

But, in my opinion, at least, Joao Moutinho has been the star man over the course of the campaign.

Signed for just £5million from Monaco, the Portuguese oozes class – and runs himself into the ground.

He does not score many goals but in terms of what you want from a midfielder – passing range, work-rate and a bit of magic about them – Moutinho ticks all the boxes.

With those and a better-as-the-season-has-gone-on Rui Patricio, the colossal Willy Boly, the old-school Ryan Bennett and determined Dendoncker, Wolves’ starting XI has a bit of everything. They receive an A too.

They have, of course, played a part in getting Wolves where they are.

But the gap between the starters and the subs seems to have got bigger as the season has gone on.

Ruben Vinagre has had some exciting cameos and Romain Saiss has been a useful option with his versatility, but the second-choice attackers that are Ivan Cavaleiro, Adama Traore and Helder Costa have not performed as well as we hoped.

Bolstering the bench is something to look at this summer, so it is a B-.

No major injuries for the second season running. You cannot ask for any more than that. It has to be an A+.

Southampton 2 Wolves 3 - As it happened