Carlos Corberan and the Albion squad are away on the continent doing some mid-season training. Holland, Spain, Yugoslavia, you name it and we'd be going out there in my day, it was normal.

The big thing I always remember was in the big freeze, of 78/79, we went across to Guernsey when there were no games for four weeks. Birmingham came across and we played them out there.

Under Gilesy and Big Ron, we would play the first round of the FA Cup in early January and if we got through we'd go to Jersey for four or five days to get a break from what had happened.

Importantly it got all the lads together, the hope is you have a good time together and therefore the dressing room gets better and you will then kill for each other.

We would do a little bit of work on these breaks, but we would also play golf and go out at night!

The weather in Jersey was always nice, we were lucky. My main memory is that it just got the lads together as a group.

Some of us would never come back at night and go straight into training the next morning! We all used to laugh about it, it was great camaraderie.

Some lads drank, some didn't, but we'd all sit together and have a couple of drinks after dinner, then the ones that would go out went out and others would stay. We'd all just take the mickey and have a laugh.

The ones that could manage a drink would still be at the front in the all the training drills. Other younger lads might have tried to keep up with the first-teamers, but they were absolutely knackered in training the next day.

We used to make jokes out of everybody. I used to be the water baby and throw water over everybody.

If one of the lads went to bed early, I'd say to the person behind the desk 'can I have room 131?' and I'd go up with a bucket of water, drench them and wander off.

But when we went on trips during the summer in pre-season those camps were more strict. Players knew they had to do things right.

It was quite funny, we went to Yugoslavia and all of the directors were there, so we got a boat to this little island to have a drink. The pub was called 'No name', we'd get the boat, have a few beers and come back so nobody knew.

Just a few years ago I went on holiday, the missus booked it and we ended up at this little island, Sipan, I said to her there was a pub in the corner called No name, she said 'don't be stupid!' - and it turned out it was still there! That was our little hold-up of the afternoon to have a few drinks away from the directors.

It wasn't a big drink then though, because you had to get yourself fit for the season, the main thing was not getting injured. We made sure we trained, did everything right, so you would get fit in those days.

When Big Ron took us away we would swim in parts of the sea, competitive fun races in ponds too, and that was great. You could get fit and enjoy yourselves.

I loved pre-season, it was hard but we would've had about 10 weeks off. I'd be in Scotland, come back and before we actually started training I'd have to do a couple of weeks myself. I always remember after joining Albion being unable to walk going back to my digs after pre-season training, it was that tough.

I wished a bit that there was no break for the World Cup at the moment, because of the way the team was playing and how we were winning, but the squad are abroad in Spain and hopefully it will get the lads together.

When things are not going well the dressing room is abysmal, I'm hoping the head coach has seen things change and the players he has selected have responded to him.

Carlos has had a couple of weeks, some time at the training ground and now abroad, and he can get more work done to get them in good shape for the first game back at Sunderland. 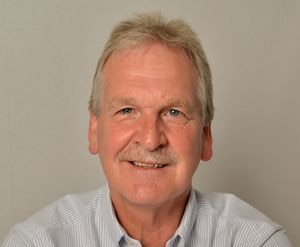 Lewis Cox comment: West Brom could do with a pair - if they can afford them

Lewis Cox comment: West Brom could do with a pair - if they can afford them

Peter Rhodes on stuck sofas, a double-edged diagnosis and a manifesto pledge to win over Terry and June

Star comment: A government on its last legs is not an easy one to lead

Pets at Home boosted by demand over festive period

US to increase weapons deployment to counter North Korea threat