Former boss Tony Mowbray believes it would be goals galore if the current Albion side took on the one that he guided to promotion in 2008.

The 56-year-old will line up against the Baggies today when his Blackburn side host Slaven Bilic’s men at Ewood Park.

It’s a crucial game for both sides with Albion once again in the title race while Rovers have an outside chance of gatecrashing the play-offs.

Mowbray, though, always looks back on his at The Hawthorns with fondness. And he believes his Albion side would give the current one a run for it’s money.

“I think it would be a good game,” Mowbray said.

“You have to score goals to win games, that’s always been my philosophy, yet I was a centre half who fought tooth and nail for a clean sheet every week.

“That West Brom side I didn’t build the back four, that was thrown together, but teams couldn’t stop us scoring.

“Phillips was a goal machine, I didn’t have to teach him how to pull off the shoulders of defenders and when to dive across the front of them.

“(Matheus) Pereira is a real talent, (Filip) Krovinovic and (Kamil) Grosicki, real talents, so they have wonderful attacking players. I think it would be a high scoring game that we’d probably win by the odd goal.”

Having guided Albion to the Championship title, Mowbray knows all about the pressure that comes with being in the race for automatic promotion.

And he believes that is something Blackburn can exploit when the teams meet today.

“There is pressure right at the top,” Mowbray continued

“I’ve been at West Brom trying to get over the line.

“Every game is huge pressure, massive potential pitfall, they will be smelling and feeling Brentford behind them.

“For us it’s a great game to test their credentials, ask them some questions, see whether our strikers hurt them.

“It’s a good game, but I’m mindful of their quality and their clever footballers.

“If you push on too much they can pick you off with your quality at the top end.”

West Brom will always be home for legend Chris Brunt 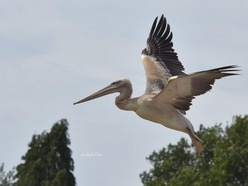