West Brom take on Derby County, hoping to continue their fine run of form in the Championship.

Here, we spoke with Jason Straw and Cory Hancock from the Rams Review podcast to get a better look at the Baggies' opponents.

See what they had to say here...

How has the restart treated Derby so far, they seem to be one of the form teams at the moment?

CH: The restart has treated Derby very well; they are unbeaten since the season resumed.

Wins against Millwall, Reading, Preston and a last gasp equalizer against Nottingham Forest have kept the unbeaten streak going, which started prior to the lockdown.

Derby’s uptick in form has actually coincided with the arrival of Wayne Rooney. Since Rooney’s arrival, The Rams have picked up 31 points, the most of any one in the division, however the revival is not all down to Rooney, the form of a lot of the players has improved, as it appears Cocu’s style and ideas are starting to finally filter down to the pitch.

JS: With 10 points in the four games since the season resumed, I think we have pushed ourselves into the playoff challenge.

Without looking completely comfortable in any game, we have managed to get results. However, against Forest we looked slow and a little leggy but ground out the draw, I think the games maybe starting to catch us up a little, despite squad rotation.

Having a couple key of players suspended has not helped.

Lockdown gave plenty of teams a chance to reset, did Derby benefit in terms of the break?

CH: I think the lockdown has helped Derby in that a couple of injured players have returned (notably Duane Holmes) but I also think that it helped Phillip Cocu’s ideas to have some more time to embed into the team.

JS: I think it helped. It allowed a couple of players to regain fitness after injuries and we’ve picked up where we left off in terms of form.

Certain players have played a lot of minutes in a row so hopefully it helped, and with the results it seems to have had a positive effect.

What are the expectations around Pride Park now, are the fans desperate for another pop at the play-offs?

CH: I think the fan base is optimistic of another playoff push, and that would be beyond positive with the season The Rams are having.

I also feel, that the fans are okay without the playoffs this season, as the club as bedding in a lot of younger players and a promotion would derail their progression.

With the season the club has had it’s remarkable that we can even mention the playoffs, this late in a season.

JS: I think with the points return we’ve had since the restart and how the table lines up, I think it’s hard to not jump on the playoff bandwagon.

However, I think summing the season up, both on and off the pitch, I would be happy to finish as high as possible. Realistically a Top-10 finish would be a positive.

We have a horrid run-in so, I think it’s grounding expectations a little, but if the results keep coming, it’s hard to not start expecting!

We are playing teams around and above us, so it’s easy to catch up points if we win, but of course, it’s just as easy to lose ground if we don’t.

What kind of football can we expect from the Rams this week?

CH: It depends on which Derby County side show up.

Against Nottingham Forest, the performance was about as slow as you could get, and lacked a cutting edge. I would strongly doubt that kind of performance would be repeated.

I think they will return to a possession-based game, which may suit Albion, as they could counter against our slower center-backs.

I think we will see a few more quick touches and lay-offs in and around the box as they try and utilize Chris Martin’s size to tie up at least on center-back, leaving space for young Louie Sibley to go for goal.

JS: Before the Forest game I would have given a different answer, but we were not good enough against them and fell back into old habits.

If we bring our “A-game” then you will see a team, try and dominate possession.

Our holding midfielders have plenty of the ball with Wayne Rooney pulling the strings.

We are missing Tom Lawrence and Martyn Waghorn now through suspension, so we have lost some forward strength, but I don’t think that will deter us from playing the same game, just possibly not as effective.

Who are the big dangermen for Albion to be wary of in Derby's ranks?

Sometimes a player and club just go together, and this is one of those scenarios. Martin isn’t fast but he’s more skillful then what he gets credit for. He’s good at holding up the ball to allow other players into the game, notably Louie Sibley, as of late.

Another dangerman is Duane Holmes. Holmes, an American international, did not play to his ability against Nottingham Forest, but he links play well and moves the ball between the lines with great aplomb. He’s tricky and has an eye for a tackle, despite his diminutive stature.

JS: If Rooney can get into a stride, then he can pull the strings for us in midfield.

Two main threats miss out through suspension so we will turn to the hold-up strengths of Chris Martin and Louie Sibley picking up knock downs. He has that little extra bit of quality.

We try to get our full backs forward and can be dangerous with crosses, but that can lead to us being exposed to the counter.

What's your predicted XI for the game? Are there any injury worries?

CH & JS: Andre Wisdom is out as he is recovering from injuries obtained in a stabbing.

Tom Lawrence and Martyn Waghorn (both unquestioned starters) are both suspended due to receiving straight red cards against Reading and Nottingham Forest, respectively.

What have you made of Albion from afar? Do you think they have what it takes to secure promotion and survive in the PL?

CH: From a far Albion look a very decent side. A lot of experienced players and some talented younger ones as well.

I was surprised to hear that they had struggled for goals prior to the last week, but thinking about it a top center-forward/striker, is probably the one weak spot, I could pick out.

I think promotion is well on the cards and to be honest, some of the teams in the Premier League are dire, so survival is a possibility, but again it’s a huge step up.

I think Albion would probably need four players to consistently compete at the next level. However, with an uncertain transfer market, those players may be hard to come by.

JS: Every time I’ve seen Albion this season, which isn’t a lot I must admit, I haven’t seen a great deal from them. But the league doesn’t lie and of course you do have some real quality in there.

The game earlier this season at Pride Park, I thought we were the better side but of course this is at The Hawthorns and even without fans a very tough place to go.

After you got over a shaky restart with the win at Sheffield Wednesday, I think now you can use that to grab automatic promotion place, however I would be wary of Brentford, as they show no signs of slowing down.

It’s going to be tight to the end!

If you do go up, as with any team, recruitment will be key and going into a strange unknown transfer market it’s impossible to predict. There is genuine quality in the squad already with Premier League experience, so you never know.

CH: It depends on what Derby County show up!

If they can create a few chances and take them (sounds easy, I know) they I think they stand a decent chance. But if they are slow and limp as they were against Nottingham Forest at the weekend then Albion will take all three points.

JS: We both need a win, so I think it’s going to be interesting.

If we perform like we did against Forest I’m not sure it will be a positive evening for Derby, but if we play like we did in the previous three games since the lockdown, then we stand every chance of an upset.

We aren’t the strongest at the back this season and with your forward quality that’s a worry hopefully you slip back into the cant score form.

I would love to say we could get a draw but probably doesn’t suit either team. Both teams could go all out for the win.

I think our back line will struggle and can’t see us keeping a clean sheet and without two of our main threats upfront it will be a difficult game.

Jason Straw is a Derby County season ticket holder and creator of the Rams Review podcast. Cory Hancock is an American Rams supporter who is a co-host on the show.

You can subscribe to the Podcast on all major Podcast channels. You can email them at: ramsreview@hotmail.com. Drop them a line and get in touch! 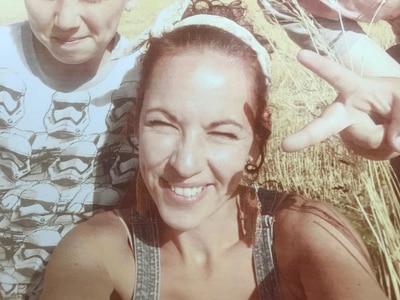