A solitary goal from Ollie Watkins was enough to see Albion beaten by promotion rivals Brentford at Griffin Park. 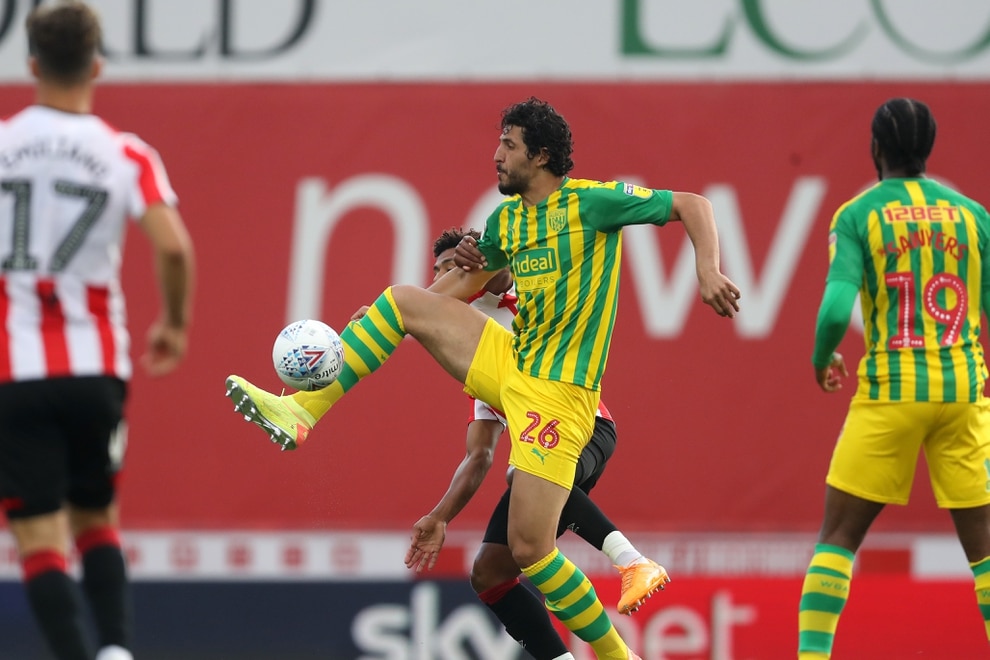 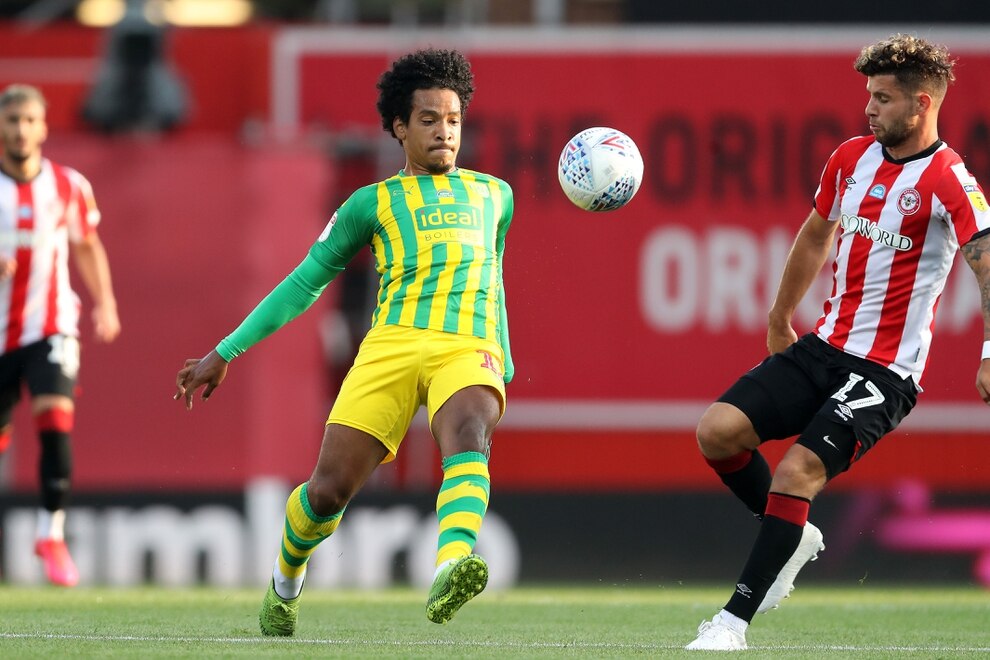 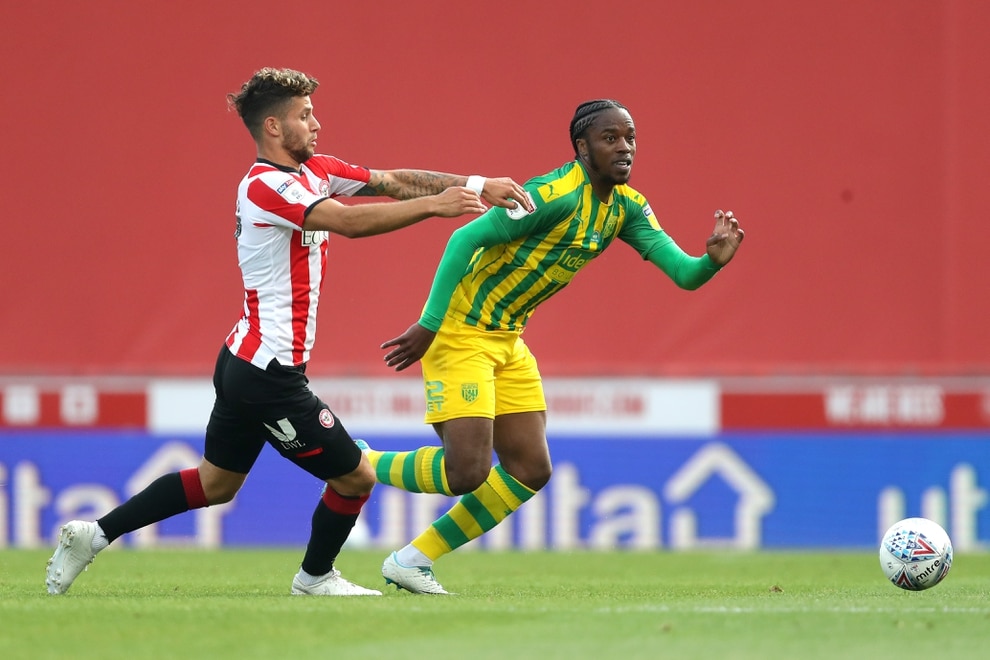 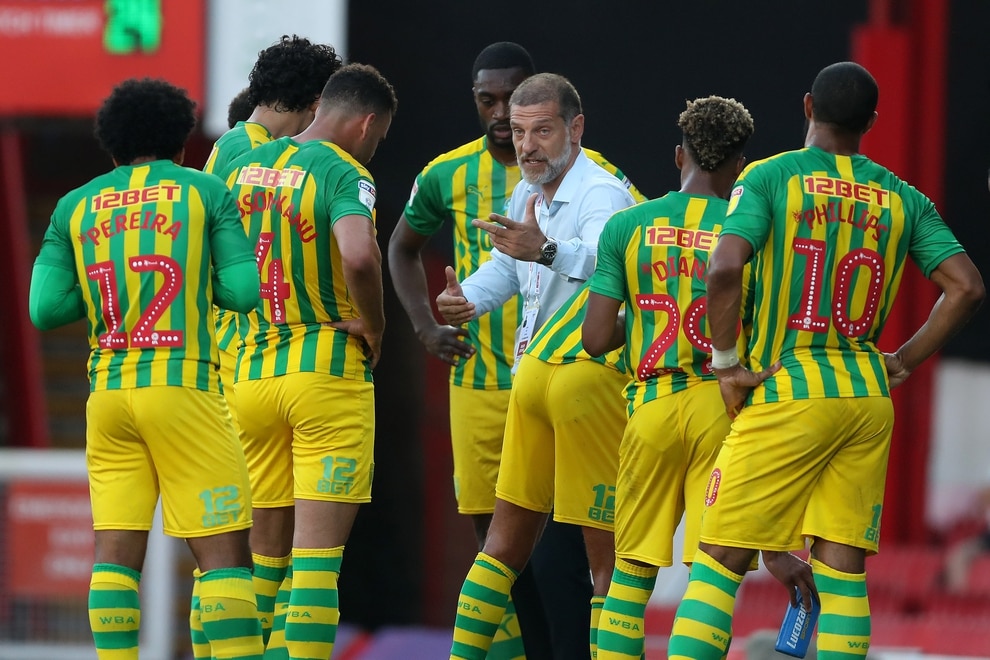 Slaven Bilic head coach / manager of West Bromwich Albion speaks to his players during the first half drinks break. (AMA) 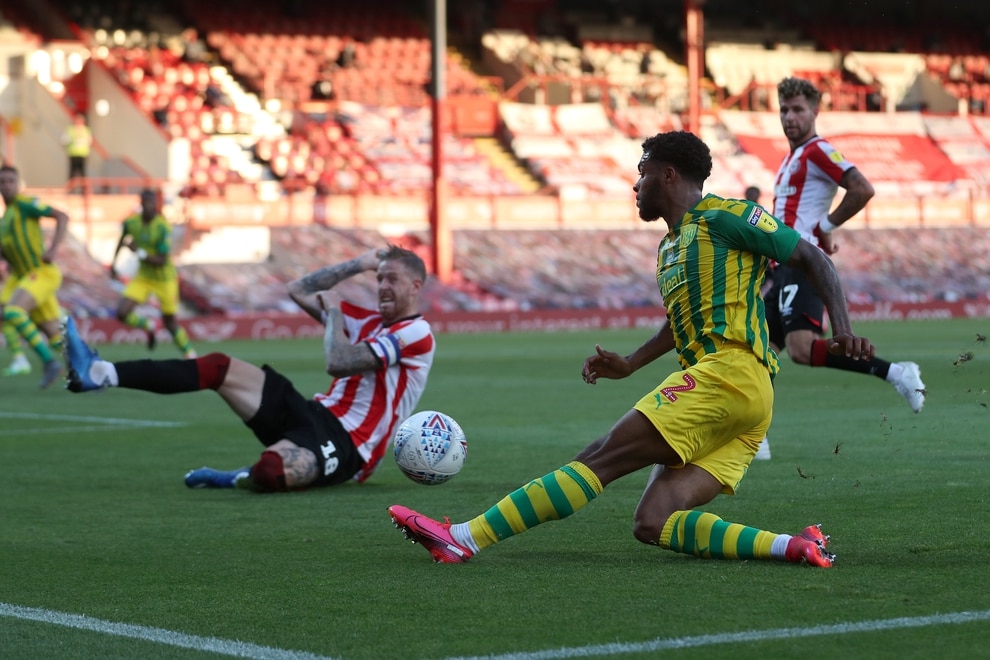 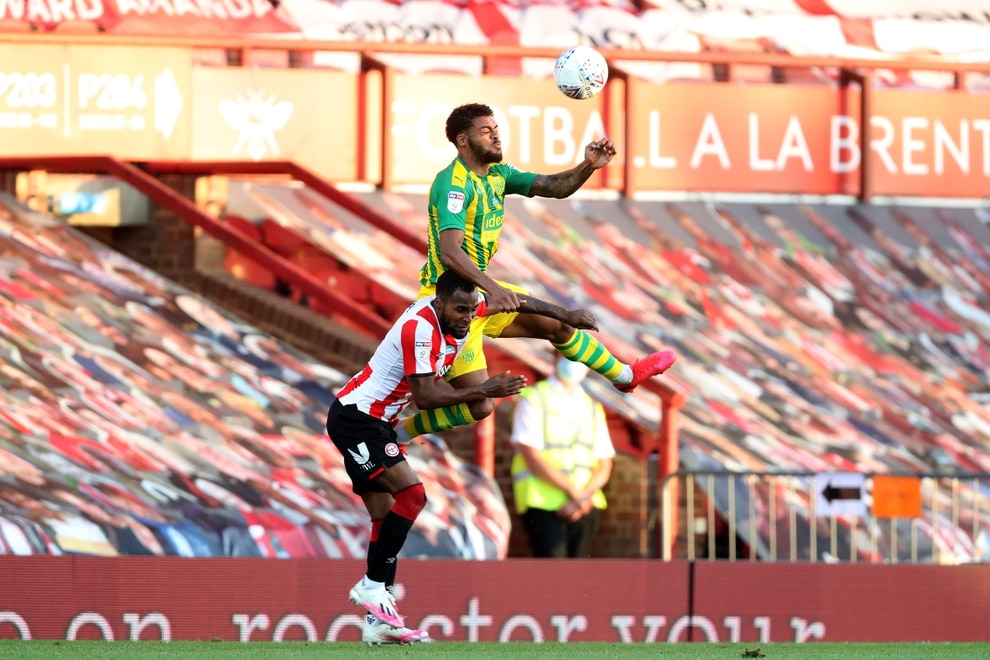 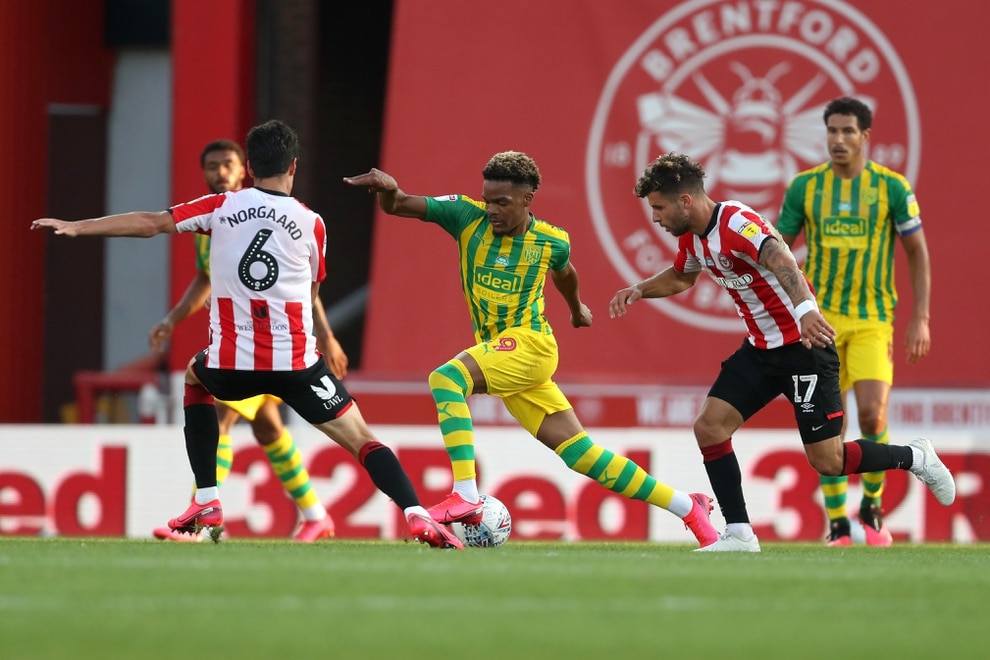 Grady Diangana of West Bromwich Albion gets between Christian Norgaard of Brentford and Emiliano Marcondes Camargo Hansen of Brentford. (AMA) 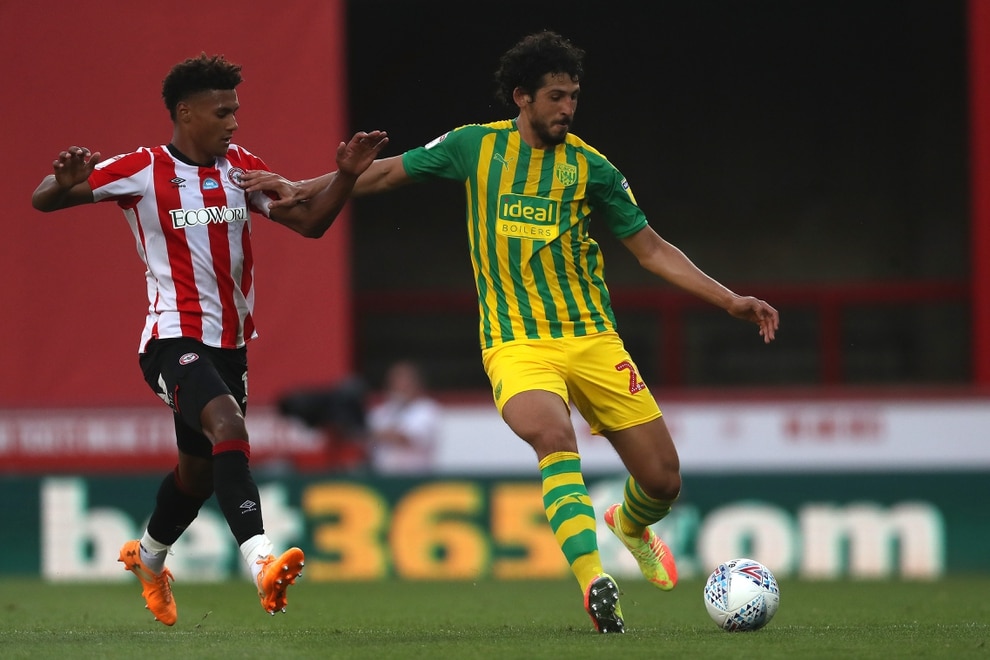 The Championship’s joint top scorer netted in the 16th minute to see his side move within five points of the Baggies with seven Championship games remaining.

It is now three games in a row that Albion have failed to score - with Bilic’s side struggling to find any rhythm in the capital.

Both teams found it difficult to create clear cut chances in the first-half, although it was the Bees who were the brighter and more inventive of the two teams.

Albion improved after the interval following the introduction of Filip Krovinovic and Kenneth Zohore - a move which saw them switch from a 4-2-3-1 system to 4-3-3.

Zohore came close to pulling them level almost immediately with a rocket from just outside the area which clipped the top of the crossbar.

But while they went on to play with a much greater intensity than in the opening 45 minutes, Albion couldn’t find a way through with Brentford, overall, deserving of their win.

Boss Slaven Bilic opted to make one change from the team that was held to a goalless draw by Birmingham when naming his starting line-up.

Sticking to a 4-2-3-1 formation, Grady Diangana came into the side with Callum Robinson the man to make way.

It meant Diangana started on the left wing with Matt Phillips on the right and Matheus Pereira in the number 10 role.

Hal Robson-Kanu was named as the lone striker.

Perhaps unsurprisingly, Brentford went with the same team that secured an impressive win over Fulham in their first outing since lockdown.

Lining up in a 4-3-3 system, Watkins started as the central striker with Tariq Fosu on the right and Said Benrahma on the left.

In what proved to be an intriguing opening 15 minutes, Brentford moved the ball around well in spells without being able to break down a resolute looking Albion side.

But that changed when Benrahma found himself some space down the left before finding the overlapping Josh Dasilva.

The former Arsenal youngster then sent in a low cross which Watkins was able to tap home after getting goal-side of Ahmed Hegazi.

It wasn’t until midway through the half that Albion registered their first meaningful attempt - Diangana sending a free-kick from 25-yards straight into the arms of David Raya.

Overall, though, Albion had struggled to get their front four into the game with Robson-Kanu looking isolated up top.

And that pattern continued for the rest of the half with Brentford continuing to look the brighter and more inventive on the ball.

The goal aside, though, they too had struggled to create clear cut chances.

And that meant Albion made their way off at the break having struggled to impose themselves on the game - with Bilic’s side having lacked both urgency and quality when they were on the ball.

Clearly underwhelmed by what he had seen, Bilic made a double chance at the break with Filip Krovinovic and Kenneth Zohore replacing Phillips and Robson-Kanu.

It meant Albion returned to the 4-3-3 system used before lockdown with Krovinovic joining Sawyers and Livermore in the middle of the park.

Pereira moved to the right wing with Diangana on the left and Zohore up top.

The changes improve the Baggies immediately.

And they came a whisker away from pulling level in the 52nd minute when Pereira found Zohore with a clever pass.

The former Cardiff man then swivelled before unleashing a fierce drive from 20-yards which rattled the crossbar before flying over.

From having had very little threat in the first-half, Bilic’s men were now pressing for an equaliser with Pereira hitting a crisp low drive from just outside the box what was well held by Raya.

The Baggies then made another change just before the 70 minute mark with Rekeem Harper replacing Jake Livermore who hadn’t been as mobile as usual.

Brentord had been under pressure since the restart but they regained composure by having a spell of possession in Albion’s half.

And they should have put the game to bed when Rico Henry hit the byline before picking out DaSilva with a cross.

The midfielder was unmarked and centrally placed just 12-yards from goal. But he fired wide when we should have done better.

Albion wrestled back the initiative with Diangana seeing a shot inside the area blocked before Sawyers saw a strike fly over from 25-yards.

But while the Baggies continued to huff and puff, Brentford saw out the closing stages of the game well - with the result putting them back in the race for automatic promotion.