Twelve months ago Albion youngster Callum Morton was sat on the treatment table having recently been told he had ruptured the anterior cruciate ligament in his knee.

Now the striker is preparing to play at Wembley after his stunning brace fired Northampton into the League Two play-off final.

Morton joined the Cobblers on loan back in January and it’s fair to say his time at Sixfields couldn’t have gone any better.

The 20-year-old made his Football League debut that same month.

And six weeks later – having scored an impressive five goals in seven games – he was crowned League Two Player of the Month for February. Northampton entered Monday’s play-off semi-final two goals down after being beaten 2-0 by Cheltenham at their own ground.

But a pulsating fightback saw them overturn the deficit.

Keith Curle’s side gave themselves a fighting chance when Vadaine Oliver scored after just nine minutes.

Morton then netted twice after the interval to secure the famous win.

“It was an unbelievable night,” the striker said.

“We went into it with a game plan and we executed it superbly.

“Cheltenham didn’t have a meaningful chance. We trounced them.

“We knew 2-0 is one of the most dangerous scorelines in football.

“We knew if we didn’t give them a breath then we had the quality – both defensively and going forward to win the game.

“Now it’s us going on to Wembley and I can’t wait.

“We know we have got it in us to go on and win promotion.”

Northampton will now take on Exeter for a place in League One at Wembley on Monday.

Morton joined Albion after impressing when playing against them for Yeovil in an FA Cup youth game in 2017.

He had also had a loan spell with Braintree. 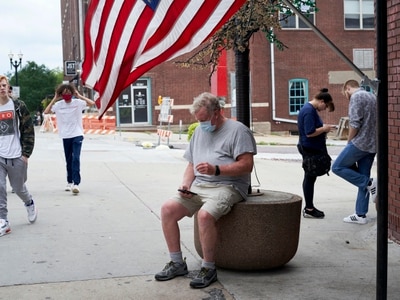