Skipper Jake Livermore says Albion’s impressive performance at Bristol City will count for little if they fail to back it up by getting two results at The Hawthorns this week.

A Hal Robson-Kanu brace and a Callum Robinson goal saw the Baggies thump their promotion rivals 3-0 at Ashton Gate on Saturday.

It was the fourth outstanding performance in a row from Slaven Bilic’s side who were also excellent against Millwall, Reading and Nottingham Forest.

Now, though, they are braced for two home games with Preston North End visiting The Hawthorns tomorrow and Wigan on Saturday.

And Livermore has told his team mates they must keep going.

“I thought the boys were fantastic at Bristol City,” the skipper said.

“It was difficult because we have had four excellent performances now and it’s hard to keep that up because every team we play – as much as it’s our cup final – it’s theirs too.

“Everyone has got something to fight for at this point of the season and Bristol City are a good side, a really good side.

“Credit to the manager for how he set us up. I thought we came through the test well.

“But now we’ve got two big home games to follow it up now otherwise Bristol City means very little. We need to capitalise on the two home games now.”

There are simply no words to describe just how good our captain was on Saturday. The complete performance. 👊🏼 pic.twitter.com/s0DPBjVzDF

Livermore was so good against Lee Johnson’s side that Bilic hailed the victory as ‘Jake’s win’ when speaking post match.

The midfielder has seen his role change slightly in recent weeks with the 30-year-old playing higher up the pitch.

But he says he wouldn’t be in a rich vein of form if it wasn’t for his team-mates.

“We are all one team,” Livermore continued. “My role has changed and I am enjoying it. But I’d be nothing without the other 10 players on the pitch and those in the dressing room as well.

“It’s a pleasure to play in this team at the minute. But you are only as good as your last game.”

Another player who continued his excellent season at Ashton Gate was Robson-Kanu who has now netted nine times this season.

And Livermore was full of praise for his team mate.

“He has been class,” the former Tottenham man added.

“He has been fantastic. I feel for Charlie (Austin) and Big Ken (Kenneth Zohore). But when he is playing like that and leading the line as he is.

“I think he has been fantastic for all of us. We all want the same goal and he is doing all he can to contribute towards that.”

How a suspended season was a bad break for West Brom

Managers call on supporters to stay home amid coronavirus outbreak 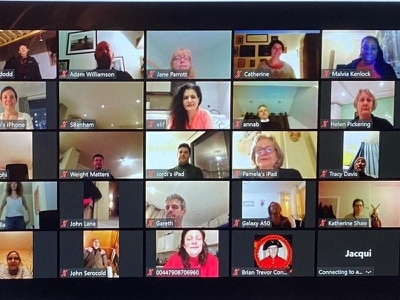