Matheus Pereira has apologised to QPR fans for his goal celebration in Albion's 2-0 win at Loftus Road last month.

The Brazilian scored from a free-kick in the 84th minute just moments after Yoann Barbet had received a red card.

But QPR and Albion have received complaints from supporters mindful that Loftus Road has been renamed The Kiyan Prince Foundation Stadium in memory of a 15-year-old academy player who lost his life to a knife-crime incident.

In response to those complaints, Matheus has issued an apology.

"Of course I must apologise if my goal celebrations caused any offence," he said.

"It is most important supporters at QPR and beyond understand that it was never my intention to do so.

"The gesture was meant only to signify 'game over' as my goal had given us a 2-0 lead and the opposition had lost a player to a red card.

"I was very excited for my first goal and happy for our supporters.

"I saw a Brazilian player with Flamengo doing it recently and it was just in my mind.

"I have since been made aware of the story of the Kiyan Prince Foundation and understand why my celebrations might have been misunderstood and caused offence.

"It was certainly not my intention to do so and I apologise for that.

"I am here to enjoy English football and make friends and share in the excitement of the game in this country.

"I apologise sincerely for any offence I may have caused."

West Brom 3 Chelsea 3 - as it happened 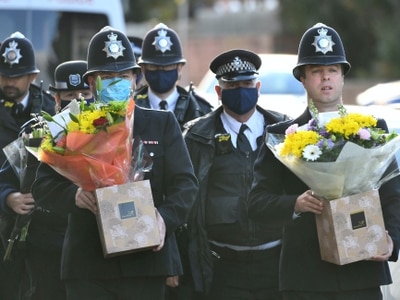