Chris Brunt: West Brom would have gone up with Harvey Barnes – but Dwight Gayle is best loan signing I've seen

Chris Brunt believes Dwight Gayle is the best loan signing the club has made during the past 12 years. 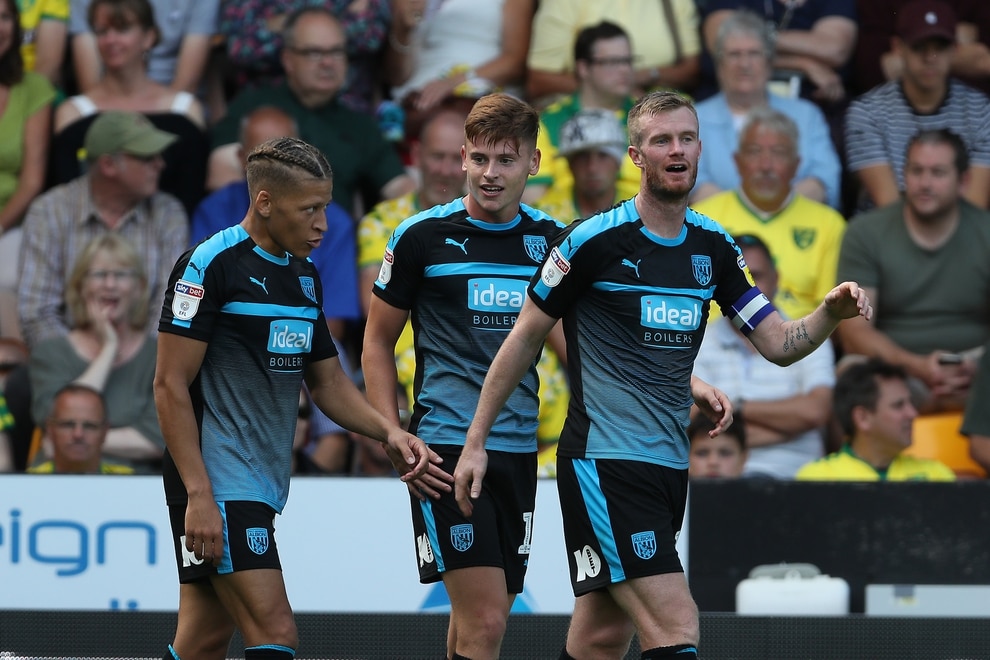 The club captain was impressed with the striker’s attitude both on and off the pitch during his season-long stay from Newcastle.

Brunt has seen more than 40 loan players come through the doors since he joined in 2007, including Romelu Lukaku and others like Youssouf Mulumbu, Ben Foster and Roman Bednar, who all went on to make their stay permanent.

He reckons Albion would have won promotion last season had another loan star, Harvey Barnes, not been recalled by Leicester City in January.

But in an end-of-season interview with Albion’s Former Players’ Association, he revealed that Gayle was the best loan signing during his spell at the club.

“Dwight came in and gave everyone a lift around the place,” said Brunt. “He’s a really good lad and a character as well.

“I have been at this football club a long time, and I’ll put it out there, he has been the best loan signing at the football club in my time, not just for goals and performances on the pitch, but also for the way he has conducted himself off of it.

“He got himself involved with everybody, everyone got on with him, he trained properly and he dragged the best out of a lot of people. In training he is so competitive.

“He is just one of those people who just wants to win.

"It doesn’t matter if it’s a daft game on the bus on an away trip, or whether it is a five a side in training, it’s just the way his personality was around the place. He is just different class!”

Brunt also heaped praise on Barnes, Albion’s other loan star last season who spent the first half of the campaign on loan from Leicester City.

And he admitted the youngster papered over a few cracks in the team during the first few months.

“He brought a lot of stuff to the team, his game was a lot more attacking, and soon as he came we started to play his way,” said Brunt.

“At times a lot of things he did probably papered over a few cracks if I’m totally honest, but you could get away with it because you had him in the team, you knew he had got the quality to do something.

“With the attacking quality that he has, the emphasis on defending was taken away from him and our job was to just get the ball to him so he could go and do something and for six months of the season he did that.

“When he left it was a massive loss for us because I think he scored ten goals and created countless others in half a season.

“If you sit down and look back, that might have been the difference in us losing out in the play-offs and getting promoted automatically.”

However, Brunt admitted that reliance on individuals was one of Albion’s problems last season.

“I think every season that I have been involved over the last ten or 12 years, has been as a team,” he said.

“But I think we moved a little bit away from that this season, relying too much on individuals, and you can’t do that, you can’t heap that sort of pressure on one person to score those goals or create those chances, because at the end of the day you do everything as an eleven out there on the pitch, so it’s not fair to put pressure like that on your team mates.”

Read the full interview with Brunt at www.oldbaggies.com