It is likely to be an emotionally-charged day at The Hawthorns tomorrow. 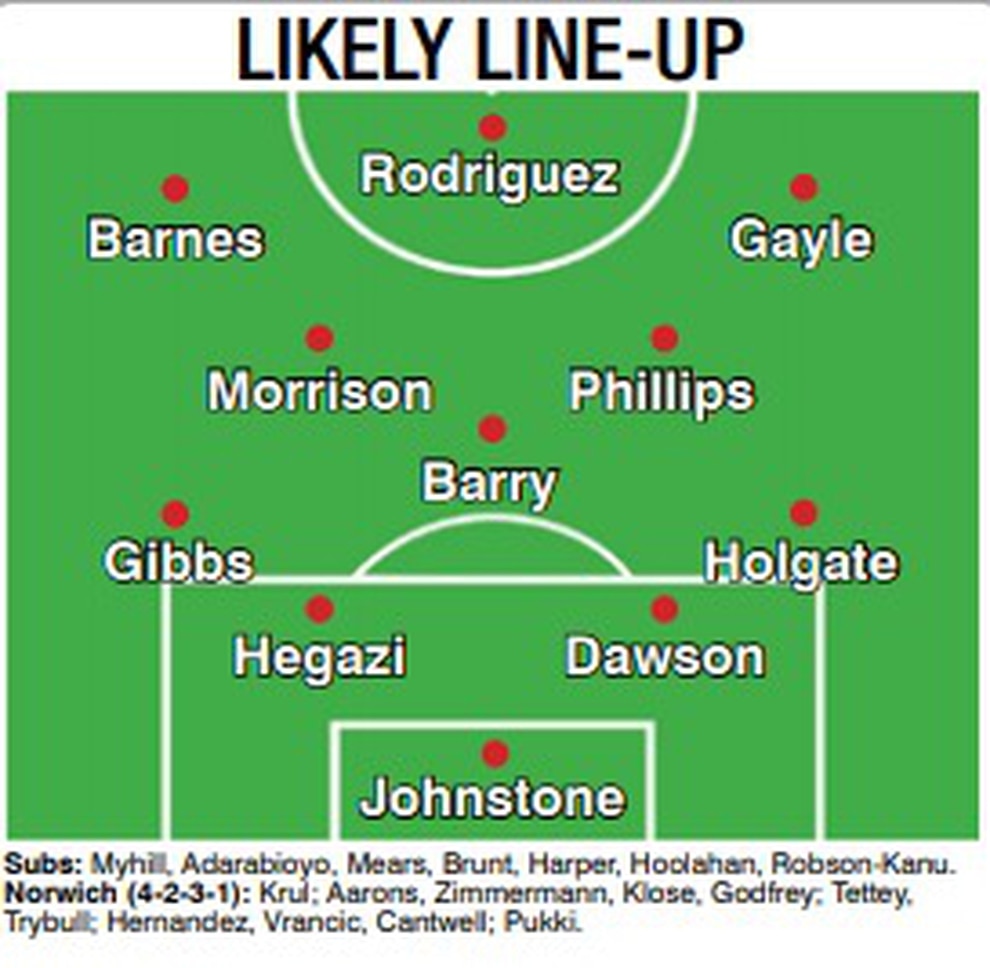 Not only is it the closest home game to the first anniversary of Cyrille Regis’s passing, but it is a crucial six-pointer at the top of the table.

The Hawthorns is nearing a sell-out for the second successive home game, as fans flock to a huge game surprisingly ignored by the television cameras.

Should these two teams put on a display anything like the reverse fixture at Carrow Road, those fans are in for a treat.

That seven-goal thriller in August was Albion’s first win of the season, and while it was an important one, it wasn’t necessarily a convincing one.

Even though they’ve stumbled in the past two games, picking up a solitary point from fixtures against Sheffield Wednesday and Blackburn Rovers, the Baggies are far more stable now.

Switching to a back four yielded a nine-game unbeaten run before the blip at Ewood Park, and back-to-back clean sheets over Christmas was encouraging.

The Canaries have stuttered themselves in recent weeks. They are winless in the last four in all competitions and have conceded nine goals in those games.

Victory will lift the Baggies above Daniel Farke’s men in the table for the first time since October, but defeat will leave them at least five points off the top two, maybe more.

Albion can take confidence from the fact they have impressed against the best this season.

They’ve got a 100 per cent record against the three teams currently above them in the league and have scored 10 goals in those three victories.

After resting his big-hitters in the FA Cup, Darren Moore should have a full squad to choose from.

Dwight Gayle and Ahmed Hegazi are back in training and targeted this game for their return from hamstring strains.

The likes of Gareth Barry and Matt Phillips will be welcomed back following a rest, but Jake Livermore is serving the second match of his four-game ban.

James Morrison is likely to join the midfield trio, despite Rekeem Harper’s impressive performance in the Cup.

One player who should keep his place from that victory over Wigan is Mason Holgate, the new arrival from Everton who impressed at right-back.

The majority of the team, though, will have had 10 days to prepare and they have a training camp in Dubai to look forward to afterwards. Win here and fans will wave them off happily.

One of Cyrille’s most memorable goals was scored in this fixture.

With his back to goal, he chested down an Ally Robertson pass before driving towards the goal and unleashing an unstoppable 30-yard piledriver. It won goal of the season.

Expecting anything similar is wishful thinking, but these two sides have scored 102 goals between them this season, so there should be goals.

The Boss: It’s a group that is challenging itself to play every week. As a head coach, I’m really pleased because it’s the culture we want to set around the place.

Memory Lane: Cyrille Regis scored the 1981/82 goal of the season to knock Norwich out of the FA Cup. He will be remembered tomorrow.

The Key Man: Dwight Gayle should be back from injury for his first appearance of the year. Has 13 goals in 21 Championship games this season.