Albion fans have raised money in order to help a teenager who lost his leg in a motorcycle crash play for an England amputee team. 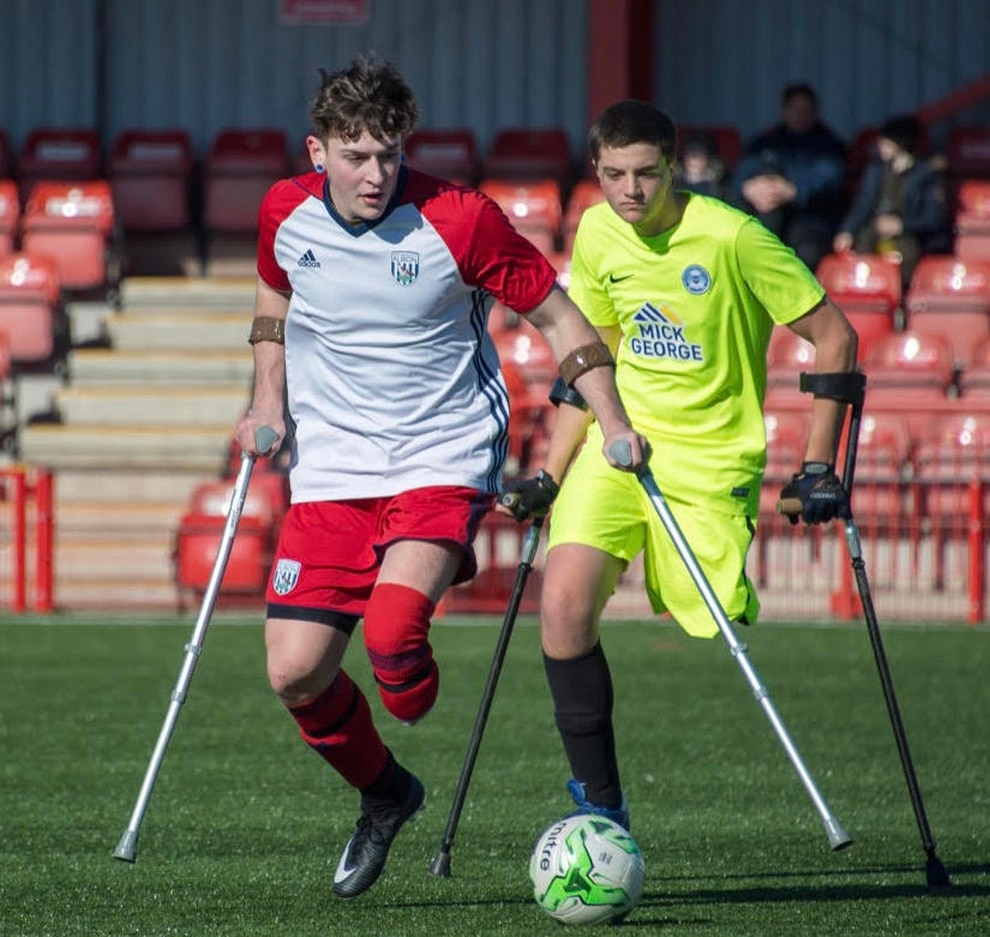 Richie Wintle of West Bromwich turned to football in January after losing his leg last year when he was just 18.

Eight days after his first training session, the 19-year-old winger was spotted by an England development coach during his first game for Albion’s amputee team.

In February he went on his first England training weekend in Crewe, and they offered him a chance to join the development squad in Greece for two matches.

But the amputee team is a charity that receives no government funding so he needed £850 to fund his own trip.

Thanks to generous Albion fans co-ordinated by die-hard Baggie Mark ‘Snarka’ Whitehouse the 19-year-old is now heading out to Greece to don the Three Lions jersey in two games.

“The football really helps,” Richie told the Express & Star. “Instead of me just sitting around at home. You’ve got to practice outside, eat right, keep your fitness up.

“At club level you’re allowed to play with your prosthetic, sometimes I wear it for half a match.

"At national level you can’t wear it, it’s on crutches. The keeper is an arm amputee, all the outfield players have one leg.

“I tell you what, a weekend away destroys me. I joined the army and did all the training, that’s nothing compared to this.”

Richie was looking forward to a career in the army before his accident last year, but he’s found a new lease of life with amputee football. “I love it, it’s a way to connect with people of similar mindset and they’re all good lads and have a joke,” he said. “It helps keep me going. It helps me push myself.

“The doctors gave me two options, you either keep it and have it fused and then it’s a club foot, or you have it amputated and you have a prosthetic.

“As they presented me with these options I already knew which one I was going to choose.

“My dad’s mate is an avid motorcyclist, he’s had an ankle that was fused, and he’s constantly on meds and using a walking stick, I just didn’t want that.

“My nan’s boyfriend was an amputee at 18 and I’ve heard his life stories, he’s had an amazing life, and he’s still mobile today. So I went with that.”

Albion fans have already hit the £850 target and have nearly raised £1,000 in total. Wintle thanked Whitehouse for organising it.

“I can’t thank him enough,” he said. “My mum told me about them auctioning off this shirt and I was just amazed. He didn’t have to.”

You can donate here.