Over the past two years, clubs in the West Midlands have been sending more and more scouts to Nigel Quashie’s development academy. 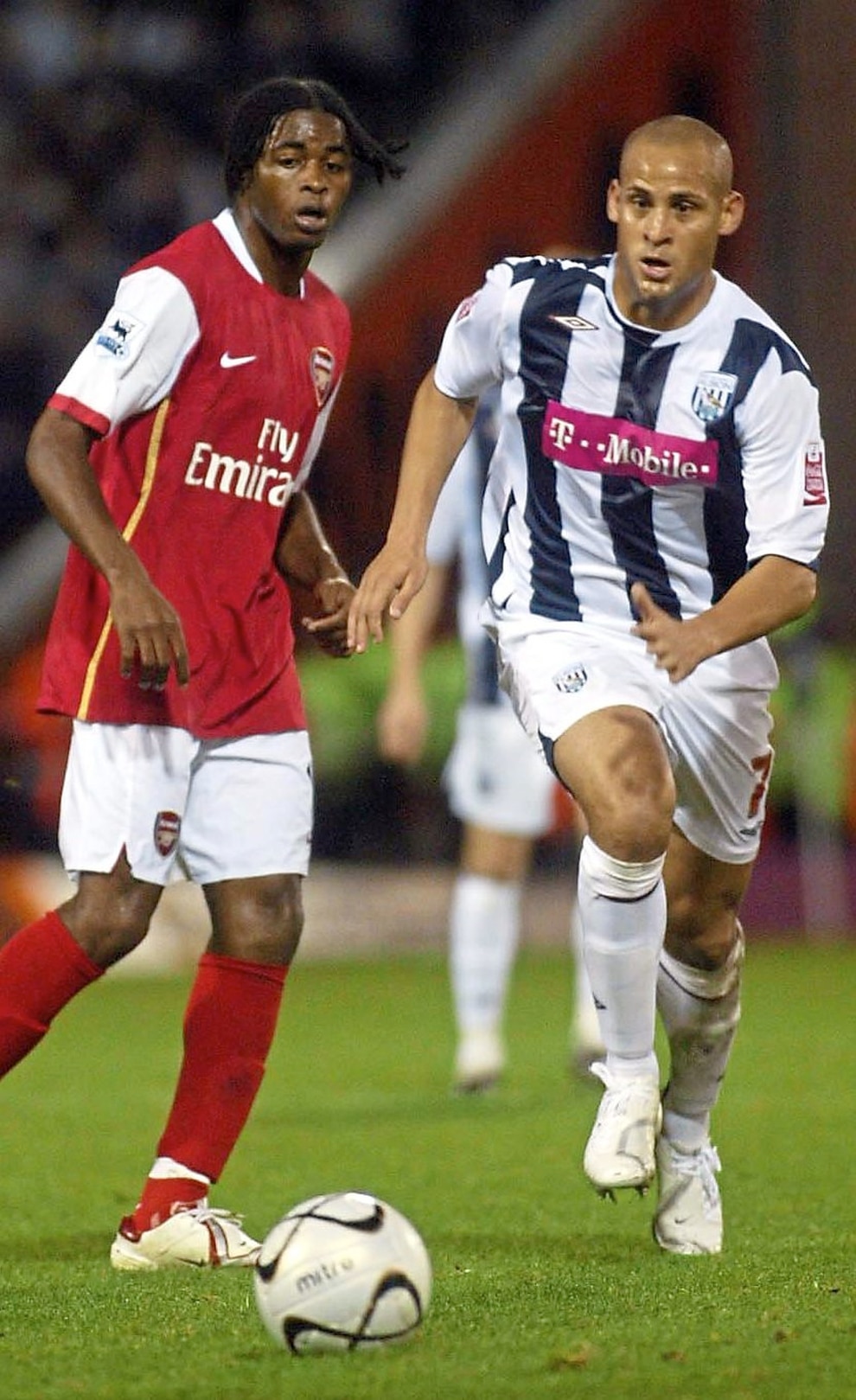 Nigel Quashie in action for Albion. 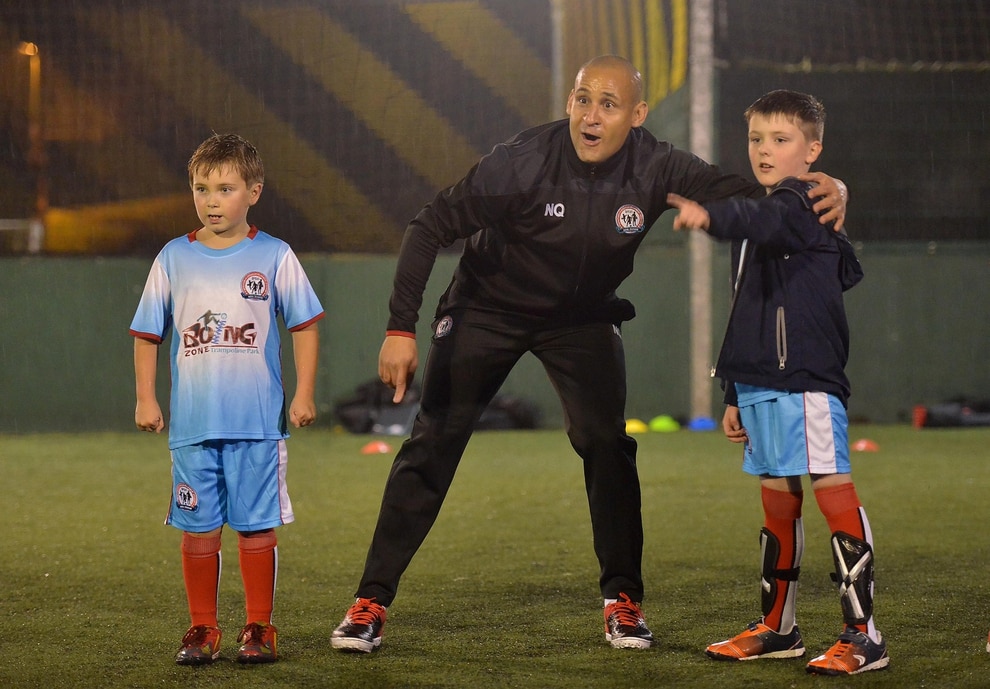 Nigel Quashie has been running his academy for two years. 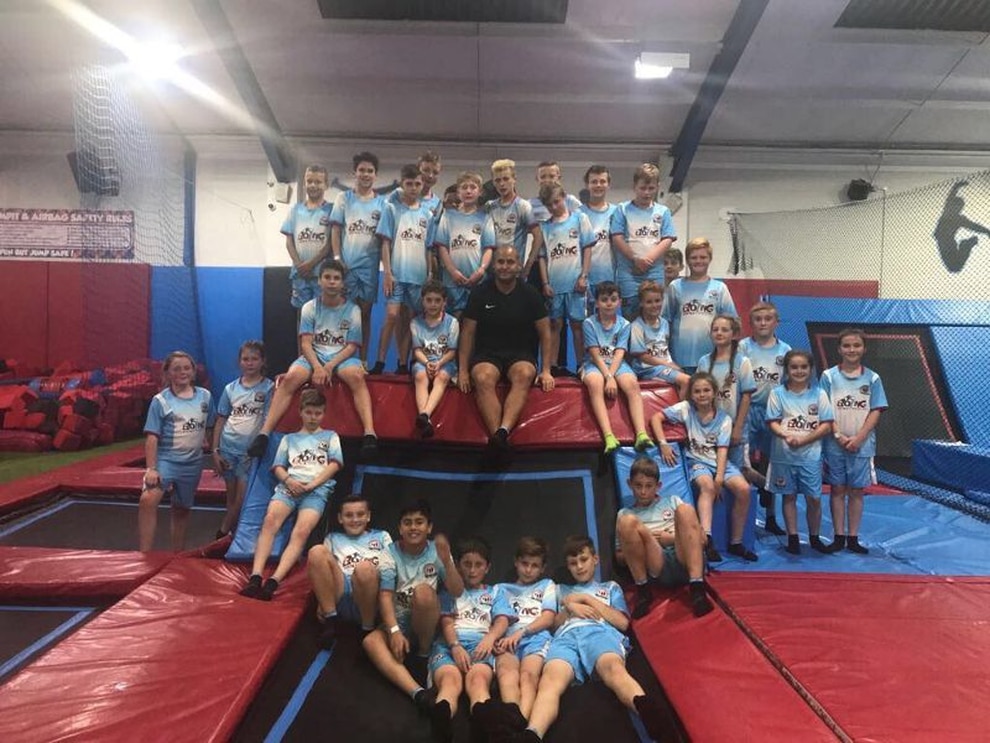 Quashie takes his classes trampolining too. 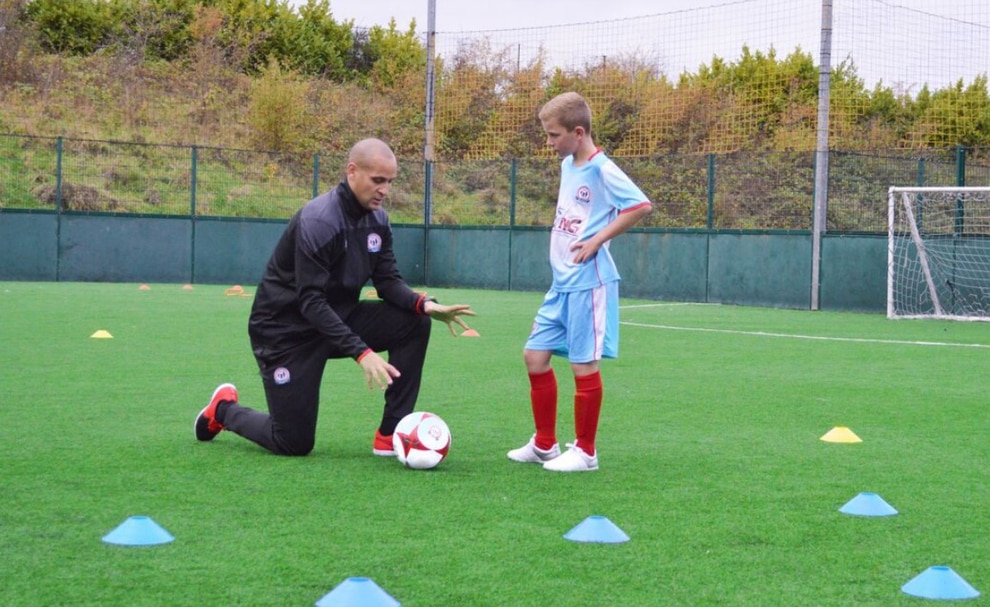 Quashie on the training pitch. 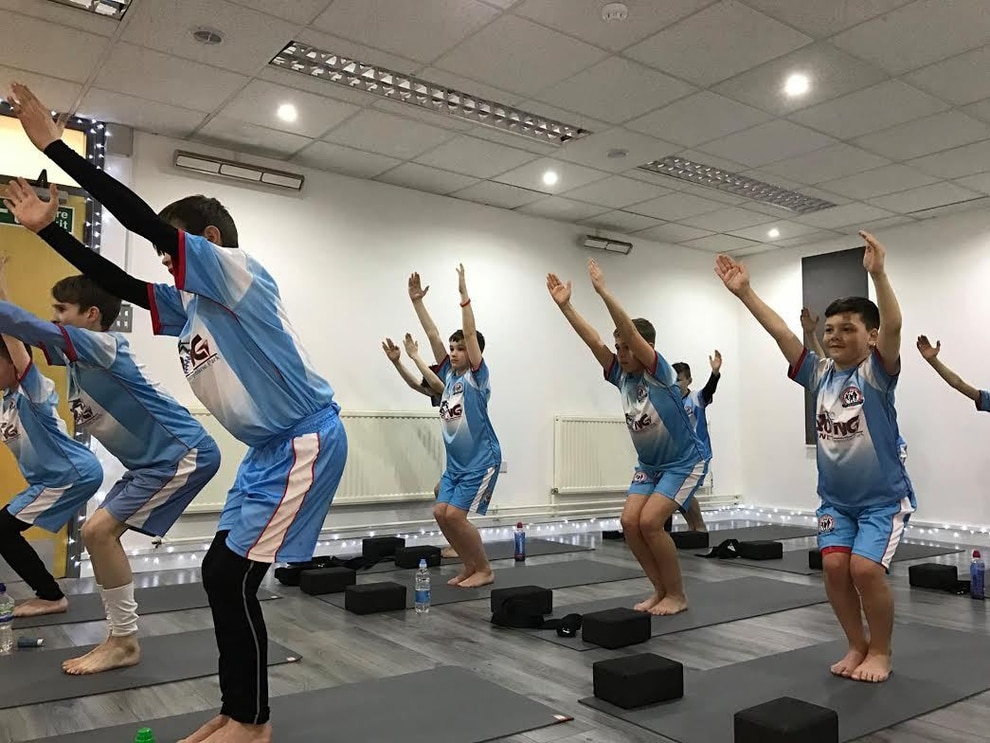 The youngsters have been doing yoga.

Albion, Wolves, Villa, Shrewsbury and Walsall have all plucked boys aged between nine and 12 from the evening courses in Halesowen and Kingswinford run by the former Baggies midfielder.

Quashie spent a year at Albion, and also had loan spells at Wolves and Birmingham City. But he finished his career in Iceland, where he spent four years honing his teaching methods as an academy coach.

And as he explained to the Express & Star, his is a unique football course unlike many others.

Children are encouraged to do yoga alongside the lessons with Quashie’s partner Kerry and on the pitch there is more focus on technical ball skills than specific positions. It seems to be working though.

“It’s gone through the roof,” said Quashie, now 39. “I’ve had two signed for West Brom, two for Wolves, two for Shrewsbury, one signed for Walsall, and another young boy at Aston Villa.

“I put it down to having kids who want to enjoy playing football, and I try and give them the platform to get better. But crucially, they get to have fun.”

When Quashie was playing, he used yoga to keep himself limber, and he’s passing that on to his children.

“My partner has a studio in Stourbridge and we get a lot of boxers and other athletes in there,” he explained. “But a lot of my academy players go in there now to increase their flexibility and core strength.

“Kids can do it on the side, obviously it’s important that they stretch. But it’s fun yoga, they’re not stuck in the same position for hours.

“We also do family yoga where the players can come in with their parents. I did it when I was playing, and I wanted it to fit in with the academy.”

Quashie lives in Hagley now, but he spent four years as an academy coach in the Icelandic second division before returning back to the UK to spend more time with his family.

He was a player and a coach for second division side Íþróttafélag Reykjavíkur, and was briefly put in charge of the first team in 2012 when the head coach was sacked.

“I redeveloped their youth structure and managed to get quite a few boys in their first team,” he said. “It was a great learning curve, helped me realise how to train kids.

“At one club I put eight players aged 14 to 18 into the first team. A number of them went on to play for the national team’s age groups.

“The football federation in Iceland were fantastic to me, I was treated really well and they let me do weekend sessions with the U16 national team.

“But I thought it was right to come back and open an academy.”

Quashie has an 11-year-old son who he wanted to spend more time with, and he was keen to give something back to the sport that gave him so much.

And the man who now teaches the game to boys and girls aged seven to 14 didn’t start playing football himself until he was 12.

So he knows all of his kids have a chance of making it if they work hard, but the key at that age is making it enjoyable.

“You’ve got to make it fun for them, give them the right information, they still need to be taught the right things, but enjoyment is the most important thing,” he said.

“I don’t focus on positions until they’re a bit older, it’s about allowing them to play in space and expressing themselves in that area.

“In my younger groups, the six and seven year old, I’ve only got about ten kids, and then in the older ones the maximum I’ll have is 16.”

Quashie’s links with the local teams help, and scouts regularly his attend his sessions, which are three times a week.

But he still holds a soft spot for Albion after spending a year at The Hawthorns between January 2006 and January 2007.

“I make sure I keep up to date,” he said. “I was actually at the Manchester City game. The fans were great to me, and they’ve been nothing but a pleasure whenever I return to watch a game.”

Albion are just two points above the relegation zone and on a nine-game winless streak in all competitions, but Quashie doesn’t think they’ll be in trouble come May.

“It’s very difficult because the top six are set in a mini league while others are trying to find their feet,” he said. “There’s a long way to go, with lots of twists and turns, I wouldn’t worry too much.”

There’s always an element of soul-searching for footballers following retirement, but now he’s back in the UK and his academy business is flourishing, Quashie is pleased with his lot.

“Happy with life and how everything’s going,” he said. “I’m enjoying what I’m doing, it’s great to get to see the smiles on the faces of these guys and girls.”

Find out more about the Improving Players Development Academy here.

Warning as hoax calls made to fire service during lockdown

What the papers say – June 1