Walsall striker Elijah Adebayo netted his first goal of the season as the Saddlers got off to the perfect start in League Two. 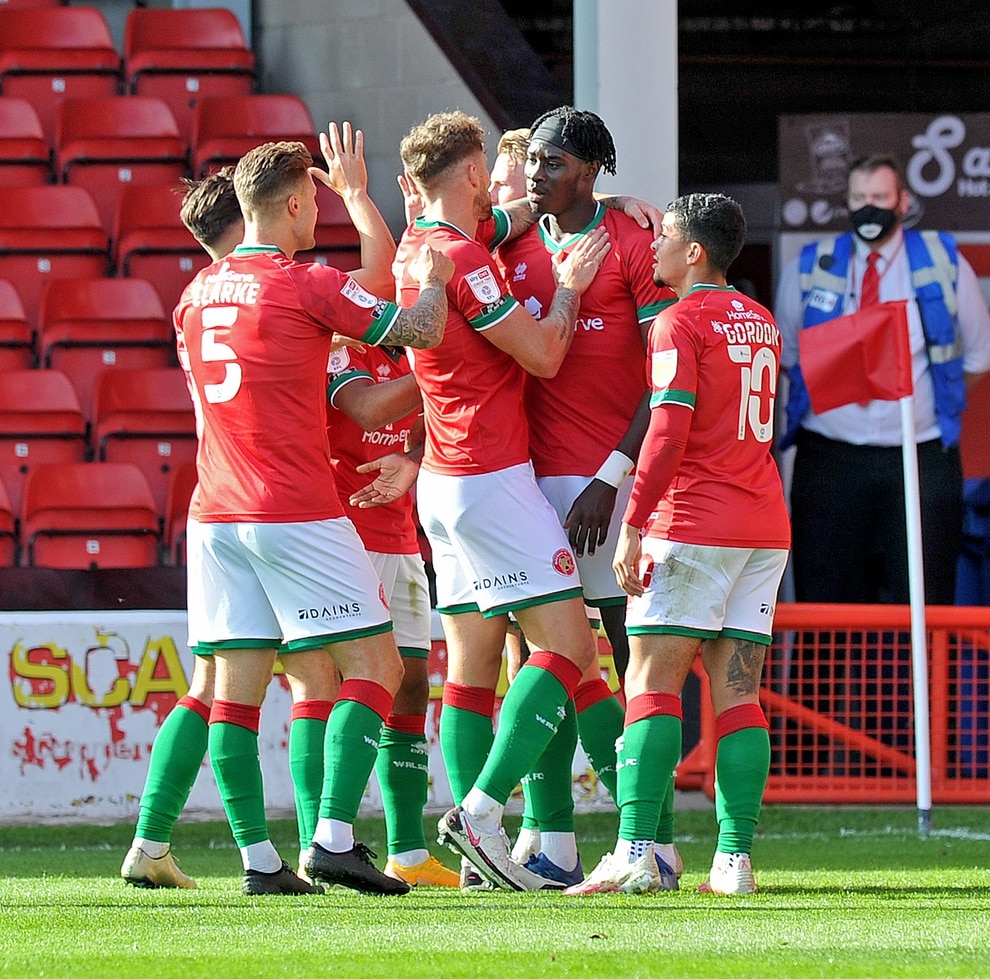 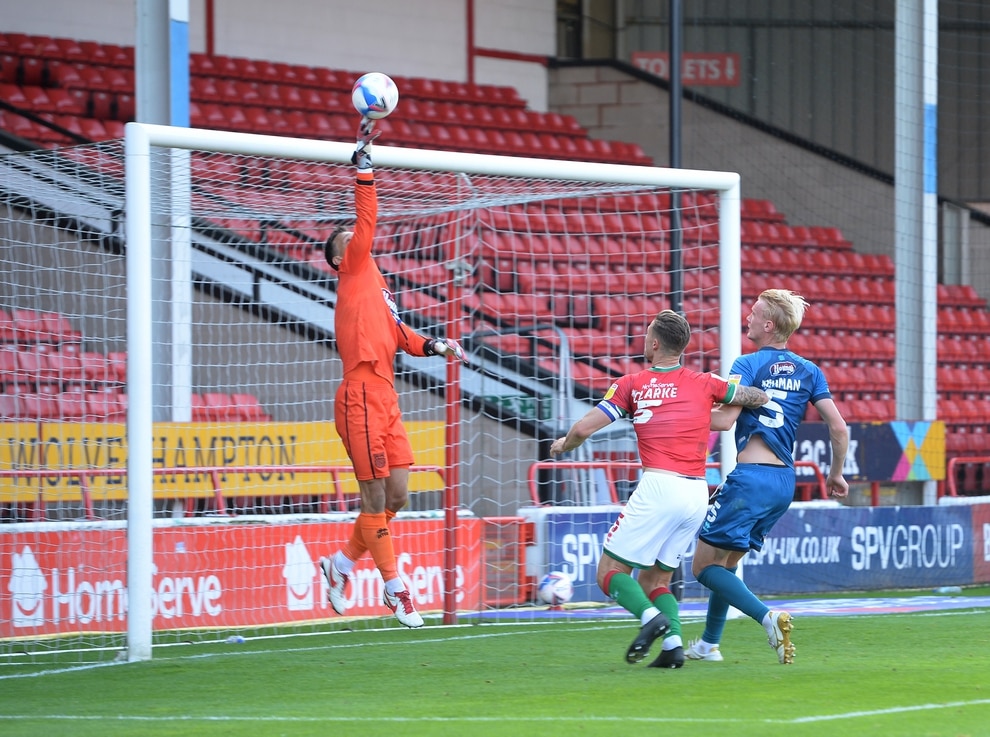 James McKeown tips the ball over the net 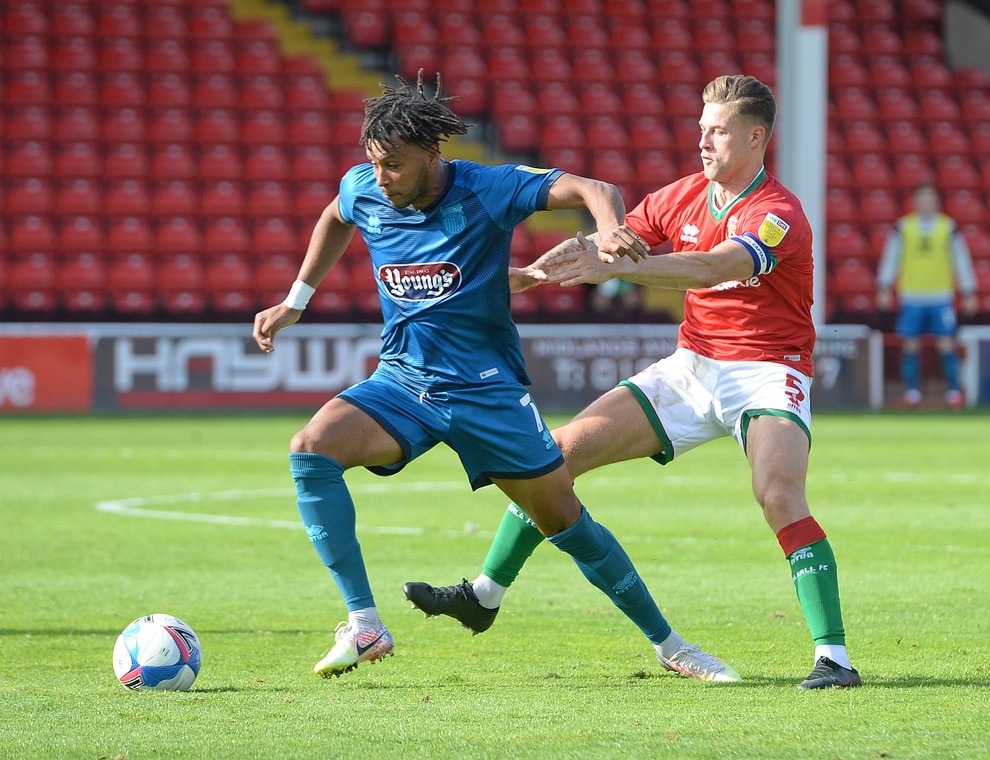 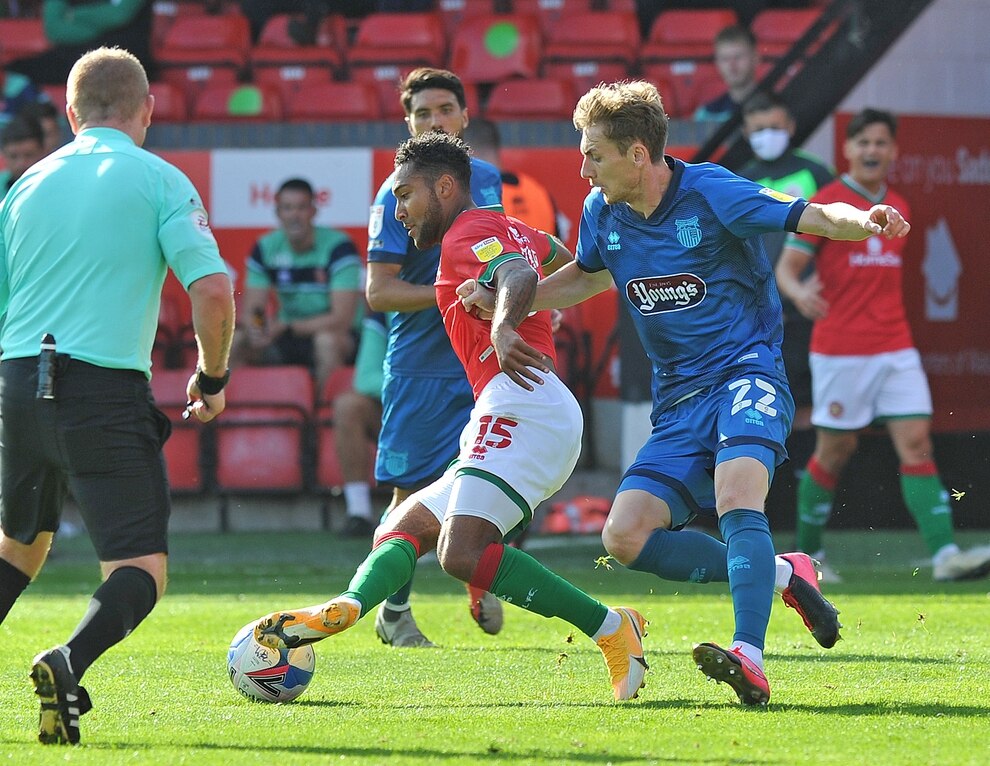 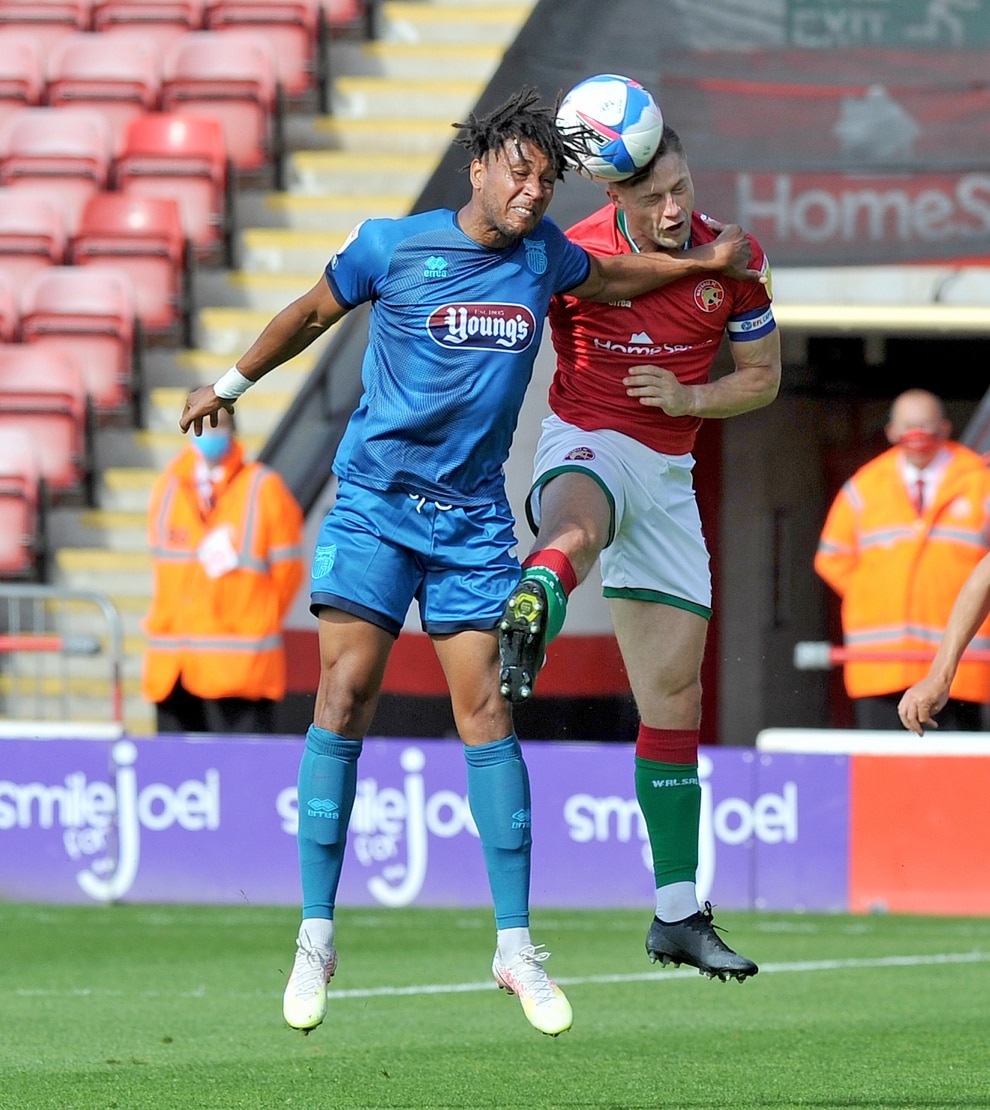 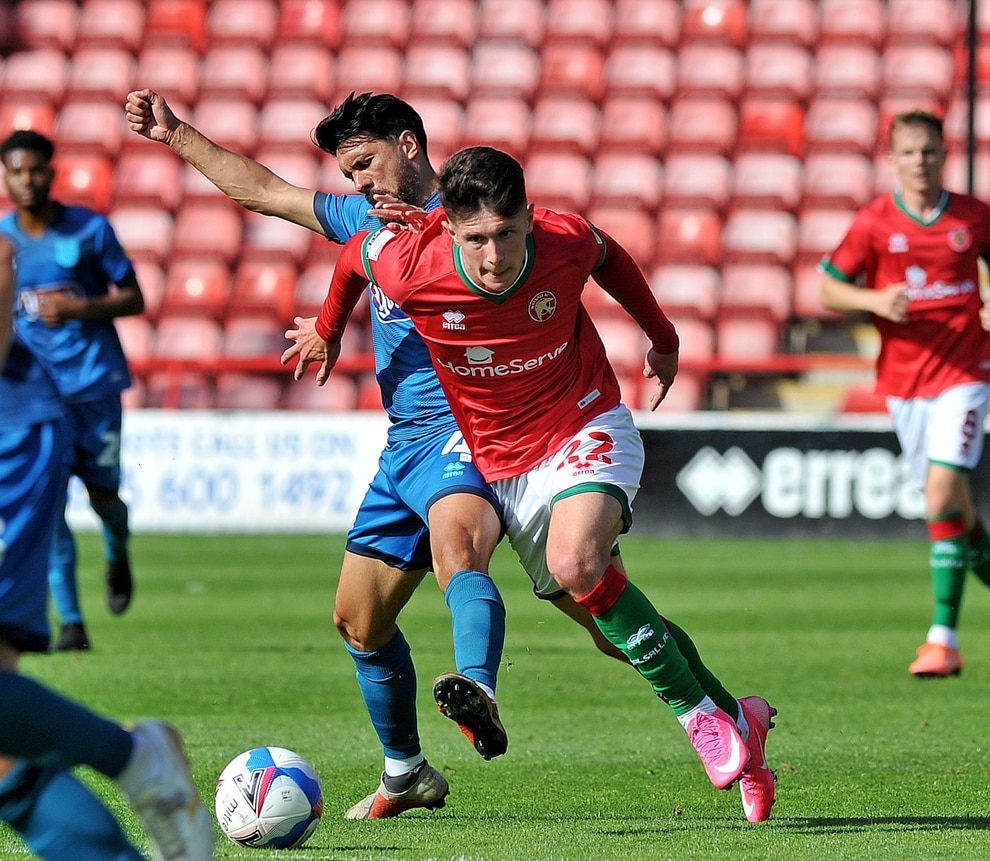 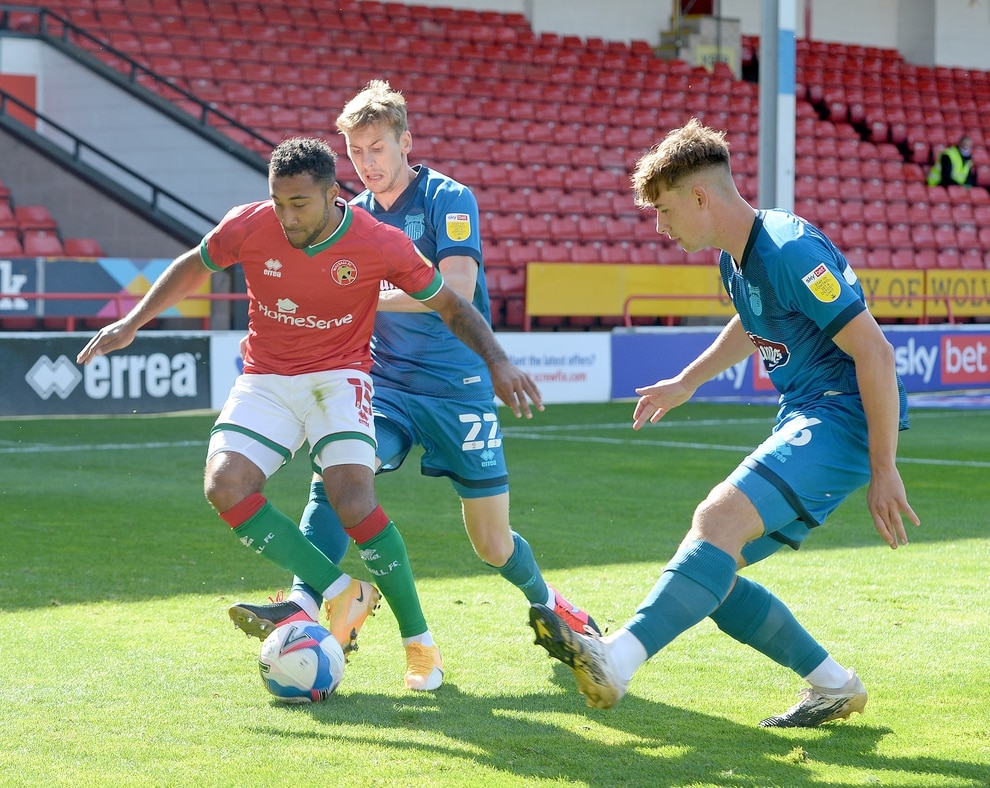 The hosts started the game brightly and caused problems with several set pieces. Grimsby, however, grew into the match during a first half that offered up no clear-cut opportunities.

The visitors then started the second period well but it was Walsall who struck after an hour when Cameron Norman put the ball on a plate for Adebayo to finish from two yards.

As the half progressed, Caolan Lavery had a header cleared off the line as Walsall threatened to add to their lead but in the end one goal was enough to secure the three points in their opening game.

Darrell Clarke made two changes to the side that took Sheffield Wednesday to penalties in the Carabao Cup last week, starting in a 4-2-3-1 formation.

Despite having two good performances in the opening two games, Zak Jules found himself on the bench for the first League Two fixture of the campaign, replaced at left-back by Callum Cockerill-Mollett.

Adebayo also came into the starting XI, playing as a lone striker as Lavery dropped to the bench.

Jack Nolan, who was involved in the two previous squads, missed out. However, experienced midfielders Stuart Sinclair and Danny Guthrie made the bench for the first time this season.

Ian Holloway’s Grimsby side started in a 4-3-3 formation and handed 18-year-old centre-back Duncan Idehen a debut for the club.

Wolves loanee Terry Taylor started in midfield, while 15-year-old Louis Boyd, who made history for Grimsby when he scored in midweek, made the bench.

The Saddlers started the game brightly in the opening five minutes as Wes McDonald saw plenty of the ball and the hosts earned two corners - which ultimately came to nothing.

Rory Holden continued to put pressure on the Grimsby defence, and his cross was met by James Clarke, however his headed attempt was caught by goalkeeper James McKeown.

Liam Kinsella then had a shot from the edge of the box which just whistled wide of the goal.

By the 30th minute neither side had a clear-cut opportunity as they battled for a way through the back-line.

Norman did brilliantly to throw himself at a Danny Rose shot and block what would have been a strong effort on target.

Adebayo found himself in on goal in on the stroke of half-time when he battled with Idehen for a bouncing ball and got the better of his teenage marker. As he cut inside to shoot he seemed to lose his footing and the chance was lost.

The sides went into half-time goalless.

Within minutes of the restart, Matt Green almost put Grimsby ahead when he muscled past Clarke and Cockerill-Mollett to get a shot off, which was palmed away by Liam Roberts.

With the Mariners started the half the brighter, Walsall changed to a 4-4-2 with Holden moving to right midfield and Josh Gordon moving up front.

Despite the visitors starting well, it was Walsall who took the lead on the hour mark. Alfie Bates played an excellent ball over the top for Adebayo who could only direct his shot at the goalkeeper. The ball was then recycled and Holden crossed to find Norman at the back post who crossed again to find Adebayo from two yards out for an easy tap in.

Following the goal, the Saddlers returned to the 4-2-3-1 formation and introduced Emmanuel Osadebe and Lavery for Adebayo and Holden.

Osadebe almost turned provider when his perfect inswinging cross was met by Gordon, forcing McKeown to turn it around the post. From the resulting corner, Lavery then had a header cleared off the line.

Gordon then met a McDonald cross and was inches wide with his header.

Walsall should have scored a second when Osadebe tricked his way into the box, beyond two defenders, and looked to square to Lavery, misplacing his pass.

Gordon and Lavery then went close with efforts on their own.

In stoppage time, substitute James Tilley hit the post with Roberts at full stretch, almost equalising for the visitors.

The Walsall nerves were then eased when the full-time whistle blew and the Saddlers opened their League Two account with a 1-0 win.