The right-back was a key component in an impressive 3-1 win over promotion chasing Exeter on Saturday – taking the Saddlers’ unbeaten streak to five games.

In that time the team have also beaten Northampton and drawn with Port Vale, both of whom are pushing for the play-offs, and Norman says the squad is becoming a real ‘force’ in the division.

“I think we’ve got a lot of confidence behind us at the moment so we don’t fear anyone, especially to take the points off Exeter,” he said.

“They’re right up there so that shows what we can do and it’s a big confidence boost.

“It’s just about consistency. We said after the game that it’s a real marker of where we can be.

“We’re not going to be able to win every game but when we’re not playing well, to not lose the game so hopefully we can start to turn now.

“When the strikers start putting the goals in, we can keep the goals out, we can be a real force in the future.

“We want to take the games to other teams.

“We should be going out, especially in the next game, with bags of confidence and take the game to teams.

“Going forward we can be a real threat and as long as we can keep it tidy at the back, there’s no reason why we can’t get another three points in the next game.”

When comparing Walsall’s first 17 games of the season, to the second 17 leading up to the Northampton win in February, the club have gone from bottom three form to top seven form.

Experienced centre-back Mat Sadler has hailed that turnaround in fortunes for the Saddlers, despite being frustrated at not clicking into gear earlier in the season.

“It’s quite a significant upturn in form, which you look at the face of it and you wish you picked up more points from that initial start,” he said.

“We’ve all seen players who we’ve seen real growth from this season.

“You’re always going to get that up and down moments within the season but the positive mindset will be going – there’s been a real improvement in the second half of the season.

“We’ve challenged some of the top teams in the division and we’re constantly trying to find ways of winning football matches, especially when we’ve been frustrated with not picking up points at home in games, that we should probably pick points up in.

“We can all see improvements, we can all see signs of positivity returning and that’s been echoed with some of the support getting right behind us.

“They just wanted to see us win games and show that positivity and I think we’re seeing that in the second half of the season.” 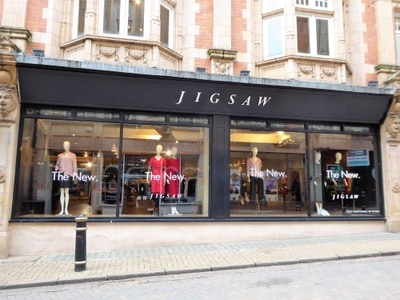