Walsall rescued a point at home to Macclesfield Town after a fine second half strike from Wes McDonald. 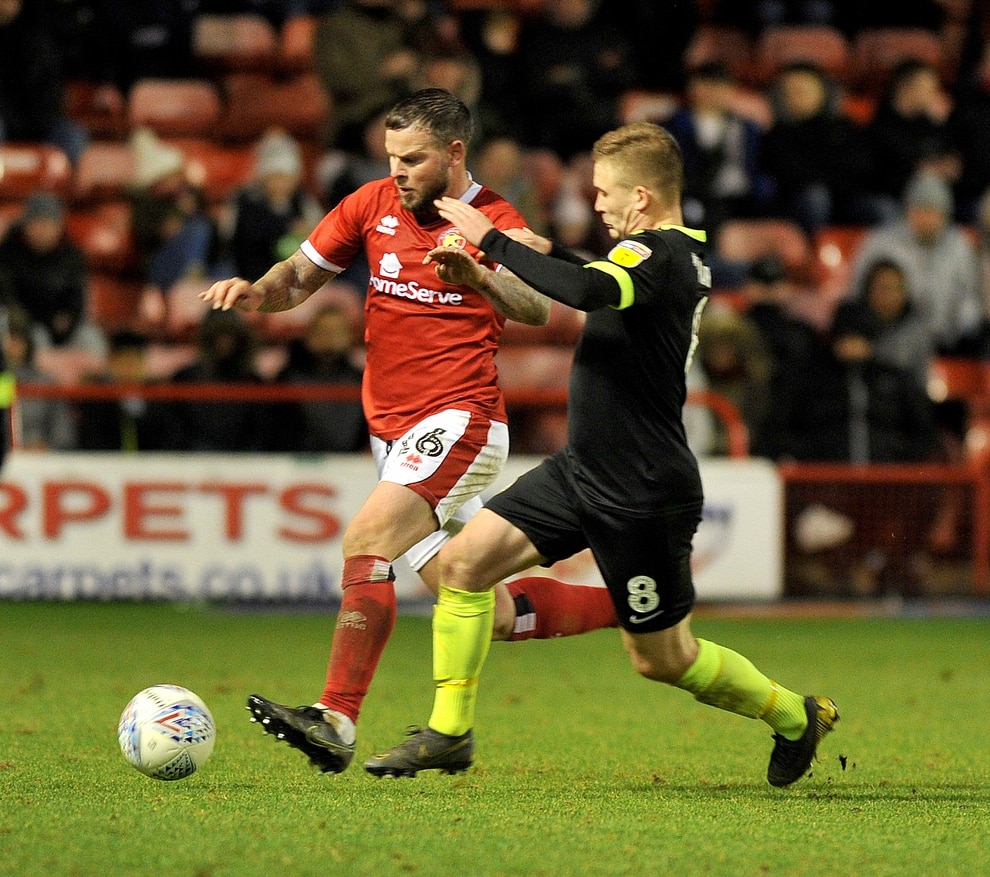 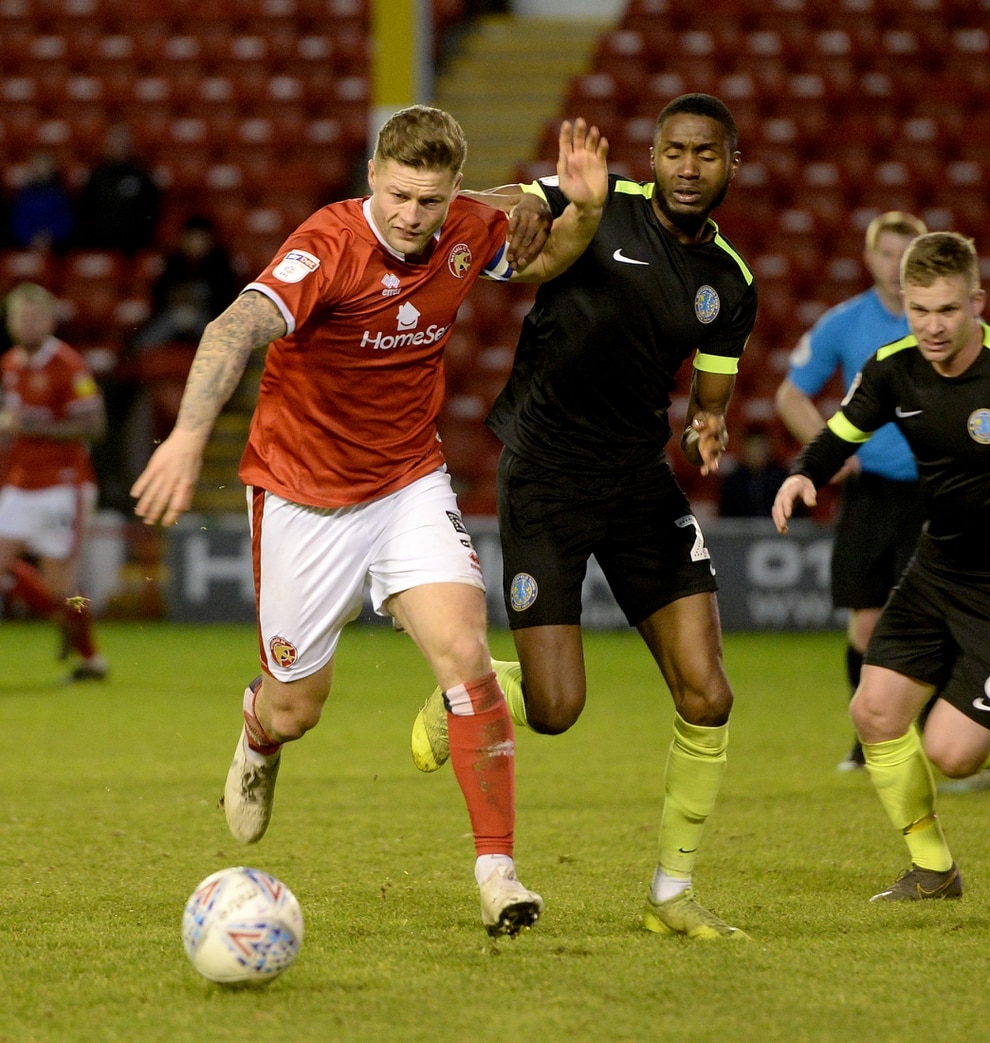 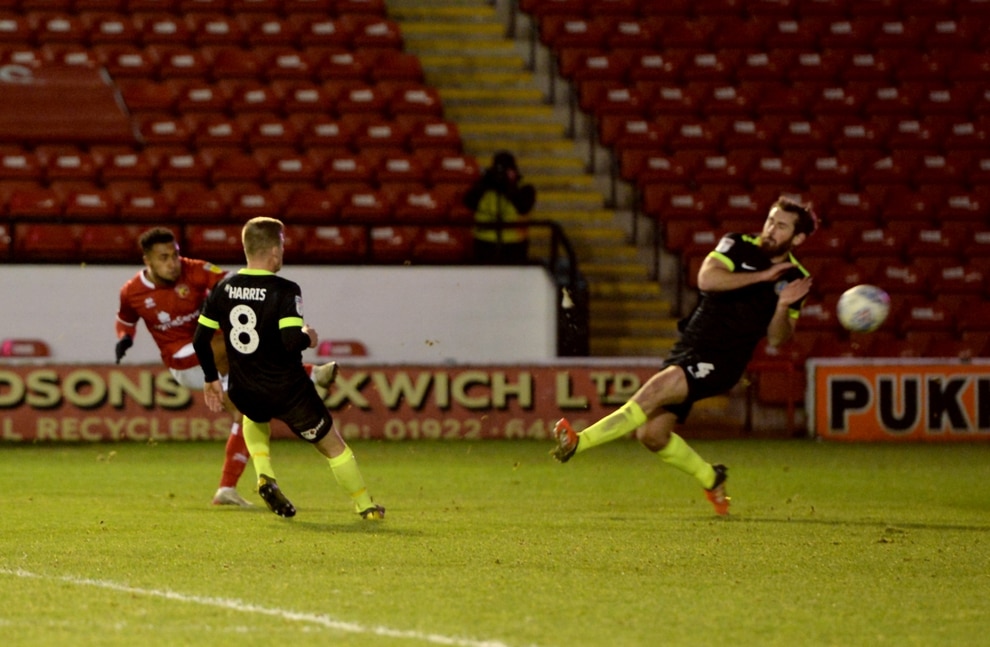 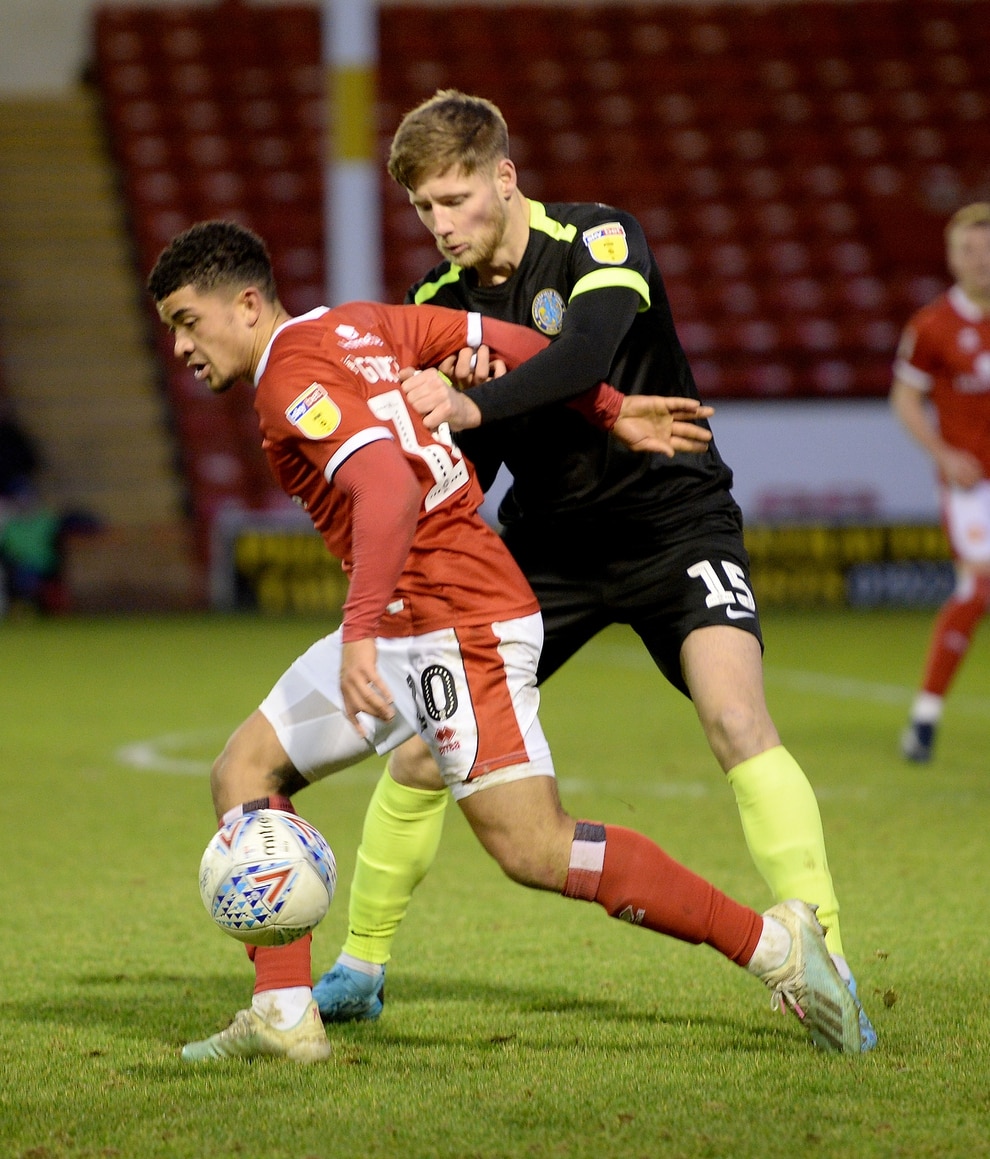 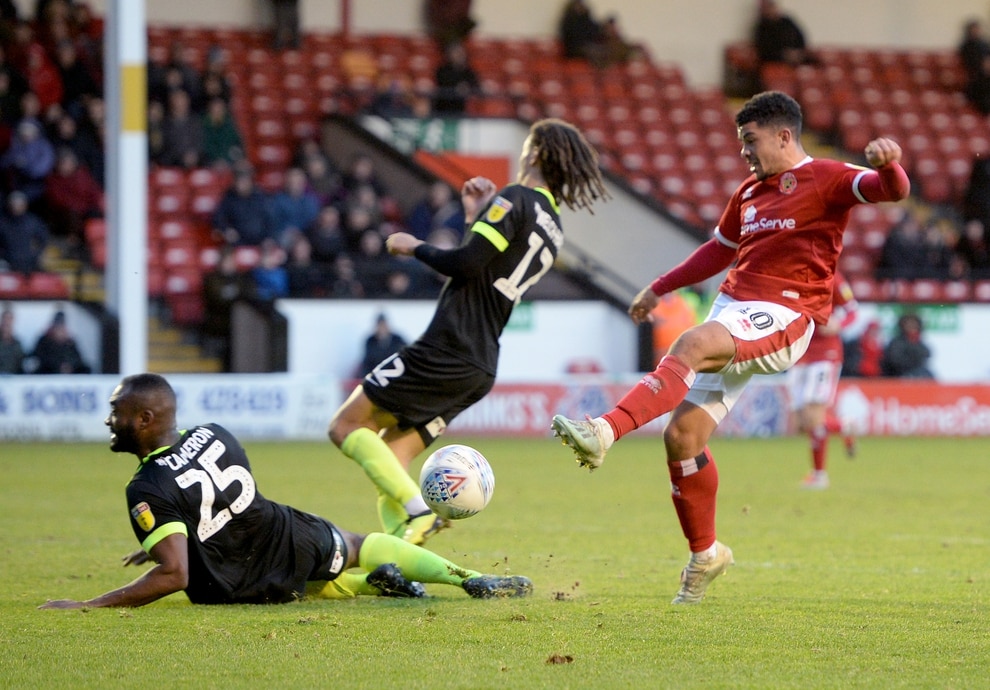 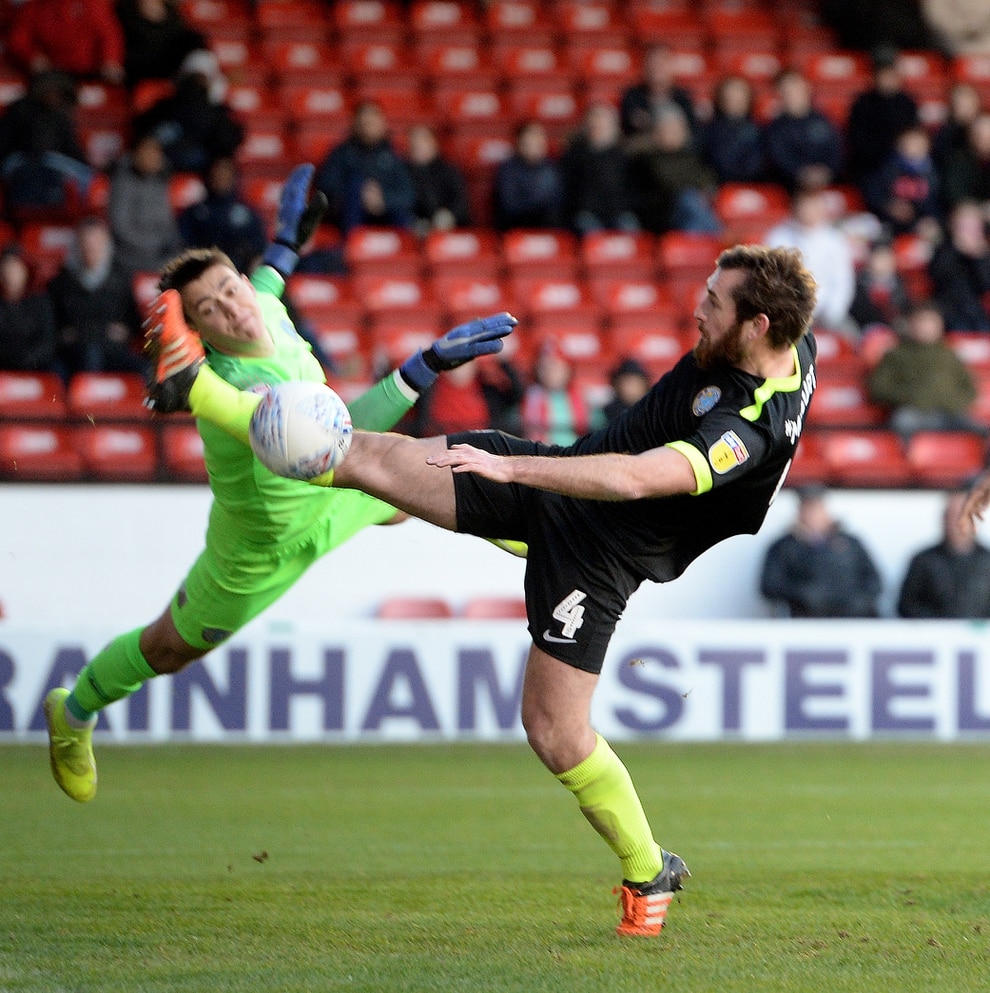 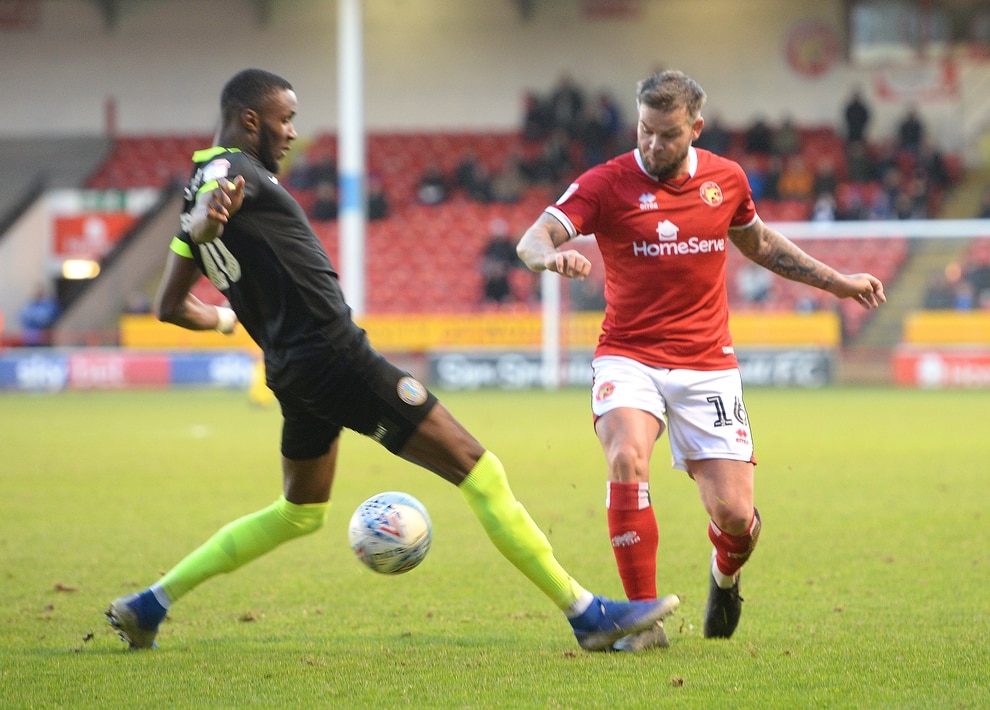 The visitors took the lead in the eighth minute after a tidy finish from Miles Welch-Hayes.

The Saddlers struggled to make any headway in the game after a below par performance but McDonald’s curling effort from the left wing after 70 minutes nestled into the bottom corner.

A superb performance from Macclesfield goalkeeper Owen Evans kept the score level in the closing moments as the sides shared the points.

Darrell Clarke made one change to the side that beat Port Vale 1-0 last time out, keeping the 4-4-2 formation.

Goalscorer Elijah Adebayo dropped to the bench with Caolan Lavery taking his place up front.

Cameron Norman was left out of the squad with his place on the bench being taken by Cameron Pring who has been missing from the team through injury since the start of November.

After off-field issues with Macclesfield Town’s players and staff, the side postponed their fixture with Crewe last week and arrived in the Black Country with a sense of uncertainty around the club.

Daryl McMahon’s side started in a 3-4-3 formation with only one change from their last game, with Welch-Hayes coming in.

They also only named six substitutes.

After a quiet start to the game, the visitors took the lead in the eighth minute. Welch-Hayes was given too much space on the right wing and his shot from outside the box nestled into the bottom corner.

With Walsall still yet to get going, Jak McCourt almost doubled Macclesfield’s lead when his long-range effort curled just wide of the post.

The best player in a Saddlers shirt in the first 20 minutes, Josh Gordon, almost dragged his side level but his shot, from a McDonald cross, was blocked.

As the game approached the 40th minute the visitors were happy to sit back and hold onto their lead, with their forays forward limited to long-range shots.

But Walsall were struggling to break them down and failed to create any clear chances of their own.

On the stroke of half-time a big chance was spurned by Gordon, who should have shot earlier. The striker did extremely well to bring down a long ball to put himself through on goal down the left flank. He cut inside onto his right foot but delayed his shot, which was eventually blocked.

The sides went into half-time with the Silkmen leading 1-0.

As the teams emerged for the second half, Pring was introduced from the bench, replacing Shay Facey, meaning James Clarke moved over to right back.

McDonald also started the half on the right wing, moving from the left.

Walsall started the half in the same vein as the first, with Clarke’s side struggling to get on the ball and when they did, not making the most of it.

Within 10 minutes of the restart Arthur Gnahoua should have doubled Macclesfield’s lead but he put his shot over the bar when he was one-on-one with goalkeeper Liam Roberts.

Shortly after, a James Harris from long-range was deflected and grazed the Walsall crossbar.

Walsall went even closer just after. A corner was flicked on by Lavery and in the scramble in the box Gordon turned it towards goal before it was cleared off the line by a Macclesfield player.

In the 73rd minute Walsall finally got their equalising goal. Pring did well down the left flank and cut it back to McDonald who curled his effort into the bottom right corner from the edge of the penalty area.

Minutes later an excellent save from Evans tipped a Gordon shot around his post as Walsall began to assert their dominance.

Substitute Elijah Adebayo should have put the Saddlers ahead after 82 minutes. A slack back pass was intercepted by the striker and as he rounded Evans, the goalkeeper scrambled to get a hand to Adebayo’s shot, which was destined for the empty net.

Neither side created a big chance in the closing minutes as the teams shared the points.