Walsall’s search for a fifth successive victory was brought to an emphatic end at the Banks’s Stadium as previously struggling Salford put in a clinical performance to register their first away win of the season. 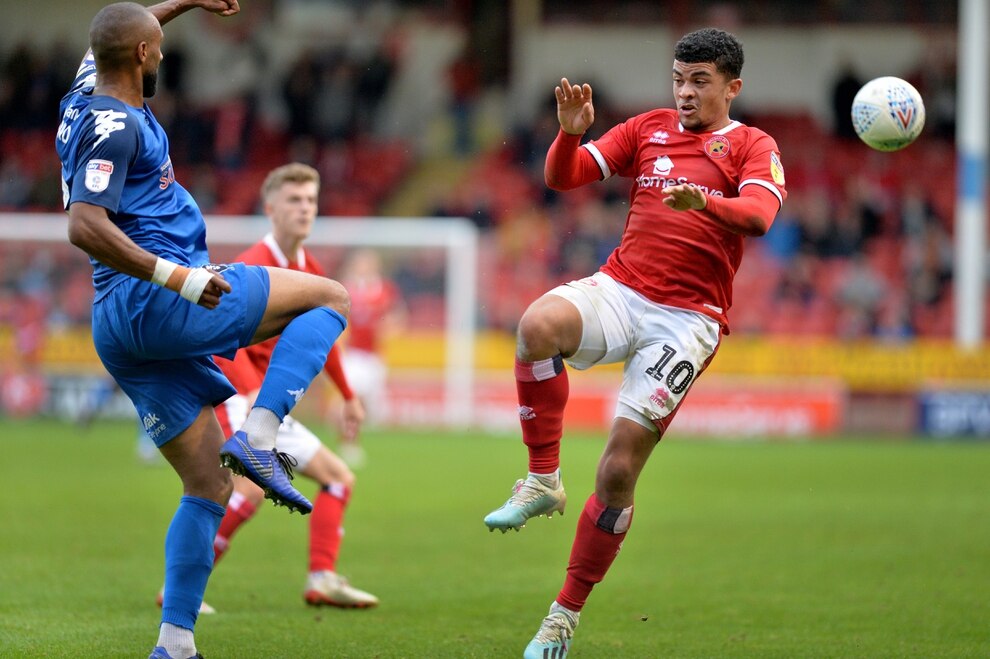 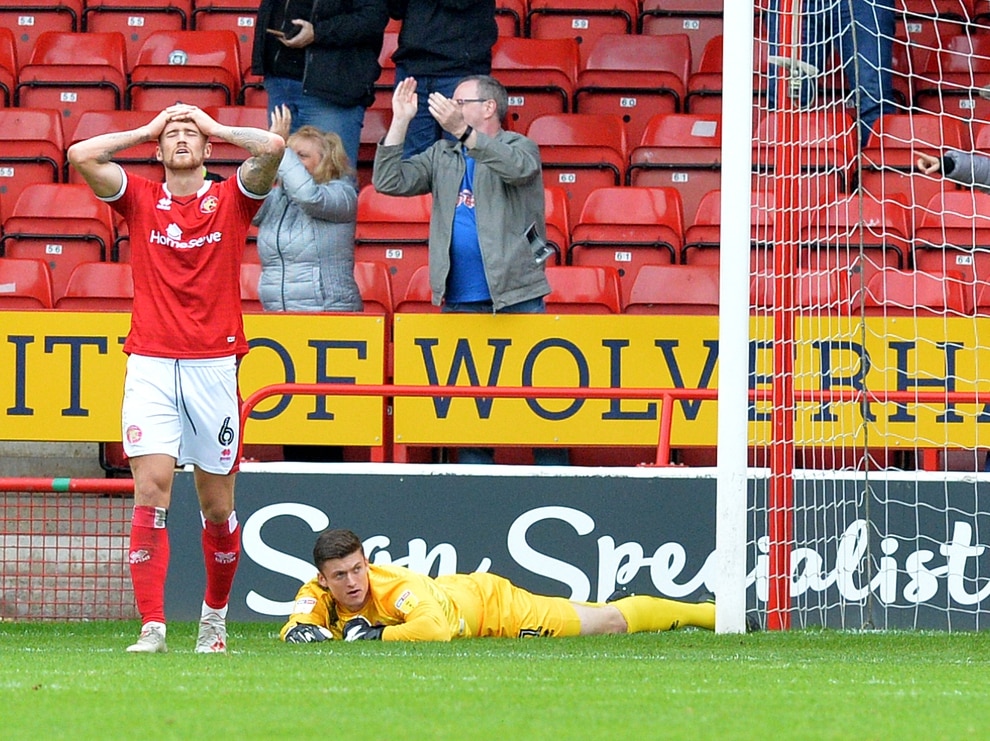 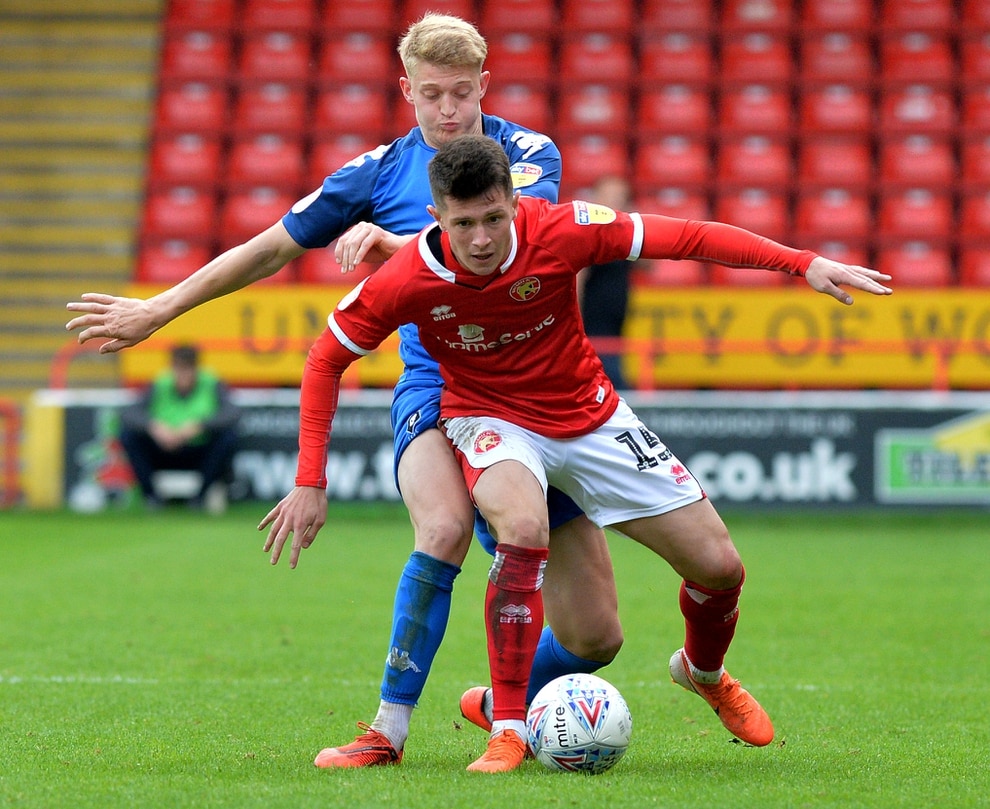 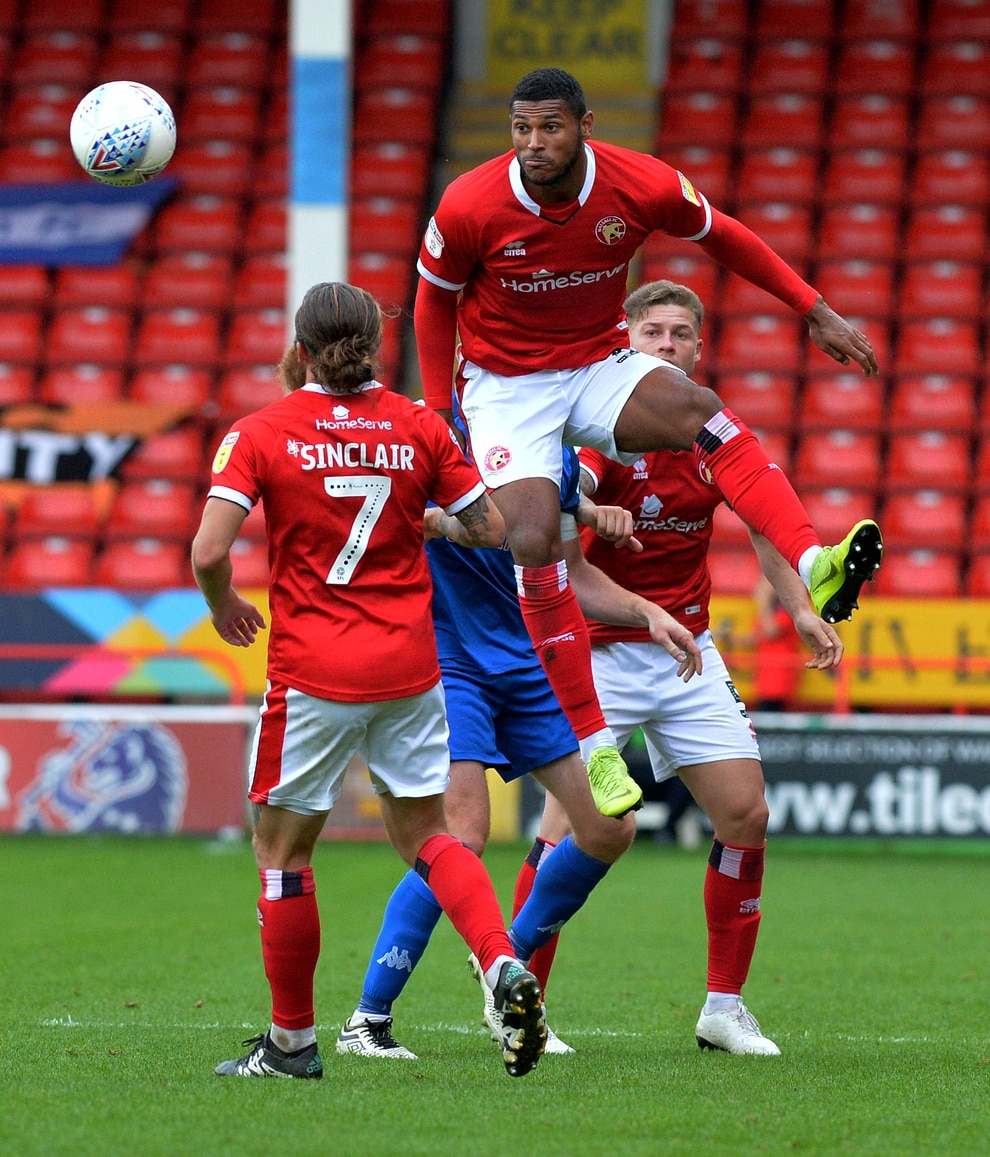 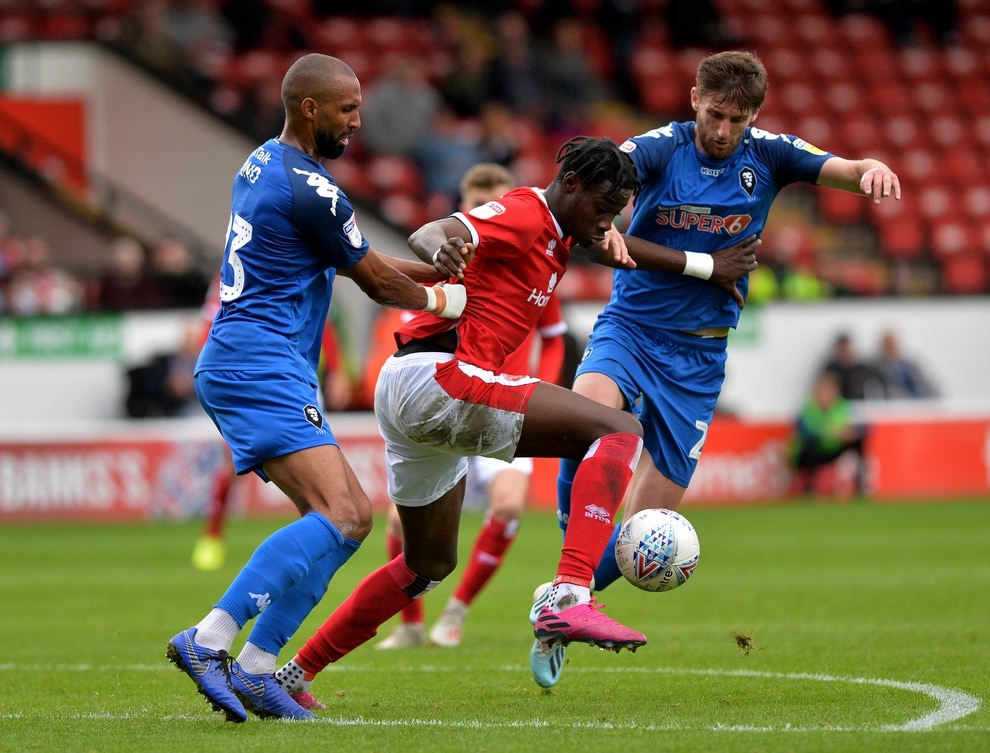 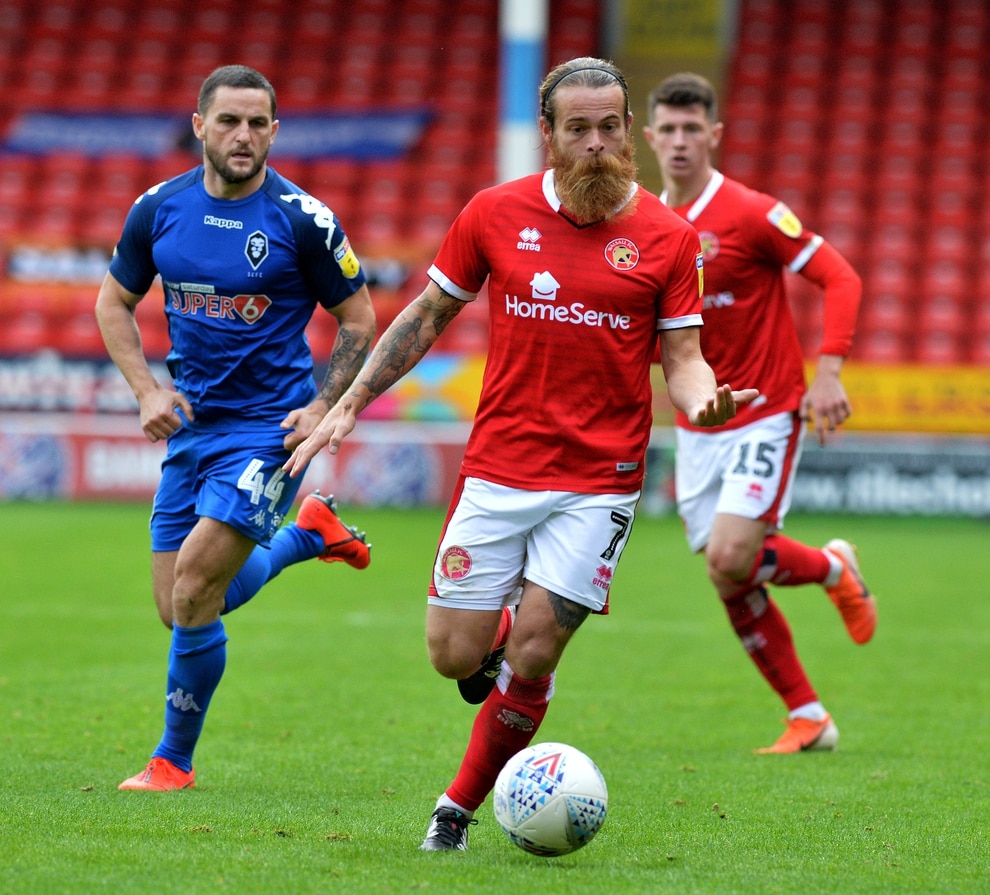 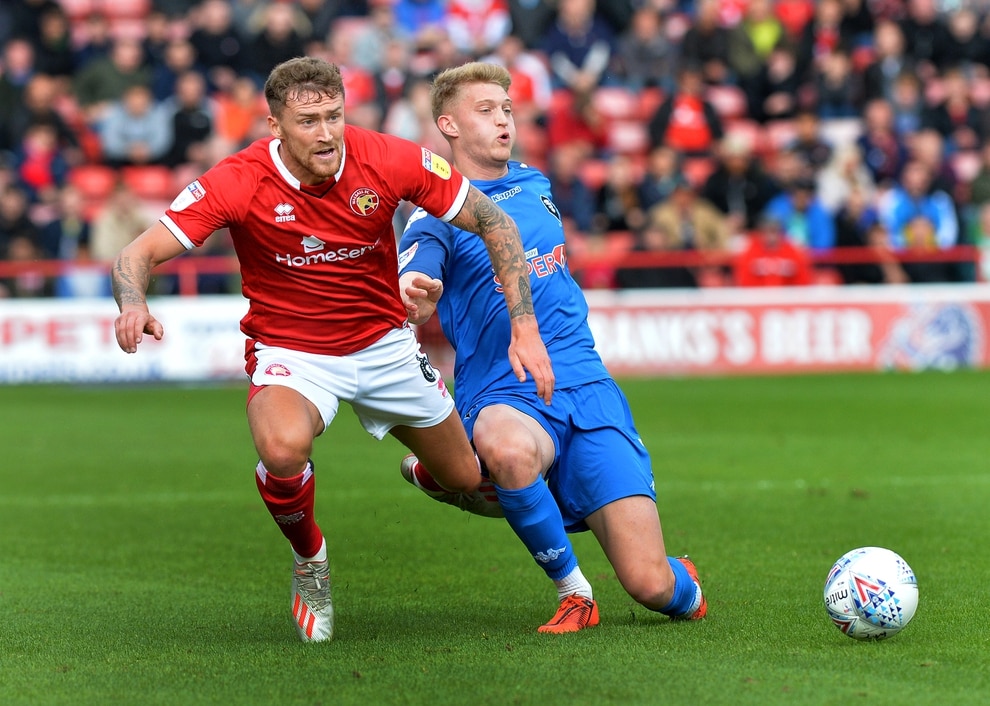 Having conceded eight in their previous two games, the visitors were in organised and uncompromising mood and proved stronger at both ends of the pitch.

The first two goals, one in either half from Luke Armstrong and Jake Jervis, had an element of uncharacteristically poor Walsall defending about them, but there was no disputing the third, a powerful strike from distance from defender Ibou Touray.

With new signing Craig Conway pulling the strings, Salford looked a different proposition to the team which had leaked so many goals in their previous two games, but the final scoreline flattered them based on the balance of play.

Walsall had their chances, particularly through Elijah Adebayo early on and in a strong spell prior to half time, and boasted far more possession and shots, but found a physical Salford back-line impossible to breach.

It was a disappointing end to such a promising run of recent results, but one which once again shows the challenges ahead in such an unforgiving division as Darrell Clarke reshapes the squad and rebuilds the team in his first season at the helm.

Walsall made two changes from the team last in league action against Crawley seven days previously with Gary Liddle and Josh Gordon coming in for Danny Guthrie and the ineligible Rory Gaffney.

Kory Roberts, who had made a brief comeback from long-term injury in the Leasing.com Trophy win against Southampton Under-21s in midweek, was named in a matchday league squad for the first time since the game at Fleetwood in May, 2018.

Salford made three changes to their starting line-up including new signing Craig Conway, with Adam Rooney and Jake Jervis also returning to the side.

It was the visitors, stung by those two successive heavy defeats, who made a strong start, Armstrong firing over the bar inside 20 seconds and then sending across a threatening centre.

But the first real chance of the game fell to the Saddlers with still only three minutes on the clock.

Rory Holden sent in a delightful free kick met by the head of Adebayo, forcing Kyle Letheren into a fine save to tip the ball over.

As the game settled it was a set piece which produced the next opening, and Walsall needed Dan Scarr to be alert to turn the ball behind from Conway’s teasing free kick.

From the resulting corner the ball fell to Armstrong, who tried to catch Liam Roberts out at his near post with a low drive which the keeper gathered.

But it was Armstrong who put Salford in front with 21 minutes on the clock.

Walsall failed to deal with a ball into the box and Roberts was unable to gather the resulting loose ball, which allowed Conway the chance to square for Armstrong to tuck home.

There had been little between the sides up to then, but for Salford, starting the game with a 4-4-2 formation in a departure from their normal 5-3-2, it was a crucial breakthrough.

After those last two fixtures – conceding four against both Crewe and Forest Green - they now had their noses in front and something to protect and build on.

The Saddlers tried to respond with a long range effort from Holden which Letheren gathered and the Salford keeper did well to take a bouncing shot from Josh Gordon after the ball sat up nicely.

Walsall had been unable to bring McDonald into the game too much in the opening half hour, but he was then involved in a decent passing move which helped tee up James Clarke 30 yards out.

It was no surprise that the cry of ‘Shoot’ went up from the Saddlers faithful, and the skipper was happy to oblige, though unfortunately unable to recreate his Crawley heroics of a week earlier by firing off target.

McDonald then skipped inside his man again minutes later but was also unable to keep his shot on target.

Walsall were now building up some forward momentum, and it was unfortunate that referee Trevor Kettle missed a clear pullback on Adebayo just outside the area which would have led to a promising chance from a free kick.

Some excellent persistence by the corner flag from Clarke saw him dig out a cross which Adebayo met with a searing first-time volley which took a deflection off a Salford defender to take I over the crossbar.

It was all Walsall as half time approached and McDonald showed some lovely footwork inside the penalty area, tempting the keeper off his line, but agonisingly his pullback was unable to find a team-mate.

Half time included a chance for Saddlers fans to pay tribute to the long service of club stalwart, Tom Bradley.

Tom is stepping down after 33 years as kitman, and received a special presentation from Walsall’s chairman Leigh Pomlett.

The next goal in the game was always going to be crucial, and it fell to the visitors.

And the usually resolute Walsall defending was absent without leave as Scarr missed a kick on his clearance, allowing Armstrong the chance to shoot.

Roberts was equal to his effort, but could only palm the ball into the path of Jervis who confidently drilled home the rebound for his first goal for the club.

For a few minutes Walsall seemed to struggle to find their feet after such an untimely setback, and, after Adebayo had fired well wide from distance, Clarke opted to make a double change.

It may not have been a universally popular one, especially for McDonald to be withdrawn along with Mat Sadler, but brief murmurs of dissent soon turned to applause as James Hardy and Alfie Bates entered the fray.

Salford were now looking a confident side, and it needed a good save from Roberts down to his right to deny Jervis his second goal on the hour mark as he let fly with a powerful low drive.

But Walsall were soon close to earning themselves a lifeline when Gordon was fouled and Bates struck a low free kick, Letheren turning the ball around the post.

And the Saddlers were even closer shortly afterwards, a terrific long range strike from Gordon coming back off the angle of bar and post, keeper Letheren possibly even getting a slight touch.

Hopes however of a comeback were emphatically dented in the 72nd minute as the Ammies’ left back Ibou Touray delivered a hammer of a shot which gave Roberts no chance as it flashed into the net.

To their credit, even with the game effectively gone, Walsall kept going, and Hardy followed the lead of fellow substitute Bates with a decent effort from distance which Letheren took cleanly.

Gordon’s late header took a deflection before heading wide, only for referee Kettle to award Salford a goal kick, and Scarr then had a late header saved, but that was pretty much the last of the action on a deeply frustrating afternoon for the Saddlers.

Attentions will quickly turn to plotting the perfect response when Walsall return to action at Leyton Orient on Saturday.