Matt Maher: The non-league game opens up a can of worms

“Trying to sort this out might be harder than trying to resolve Brexit!”

So came the cry from one official earlier this week, when asked to explain how, as a collective, the non-league game might agree on a way to conclude a season curtailed by the coronavirus.

A light-hearted exaggeration it might have been and mercifully, at the time of writing, it appears a resolution might be on the horizon (or at least the beginnings of one) with reports the National League are ready to join the rest of their non-league counterparts in declaring the season over.

Clubs in the top flight of non-league had been eager to follow the lead of the EFL and look to simply put the campaign on hiatus, with the aim of resuming sometime in the summer.

That view was not shared by those clubs in the leagues below – the Northern League, Southern League and Isthmian League, together with a host of feeder leagues, all of whom wanted the season to be finished so they could get on with addressing the considerable financial fallout of the shutdown.

The National League’s holdout increased pressure on some of those clubs lower down the pyramid, with the FA working to establish a consensus which was always going to be difficult to achieve.

Even if the season is called off, it may be some time before the governing body gets round to deciding whether promotion and relegation will be applied.

In short: It’s complicated, though perhaps needlessly so.

A frequently-repeated observation over the past week-and-a-bit has been that, when the coronavirus pandemic is over, we will look upon the world very differently. Among the many things the unprecedented crisis might already have exposed is the need for a rethink on how the non-league pyramid is structured.

Theoretically, it exists as one body from the National League Premier Division down, the FA possessing ultimate jurisdiction.

Except technically, it is split into two, with the top four levels controlled by the National League system and everything below that (a total of 16 regional leagues) administered by the Leagues Committee.

The more you travel down the pyramid, the more opinions and priorities divide, of which a series of meetings held in the early part of this week only served to highlight.

Yet is it any wonder clubs in the National League Premier, nearly all of whom are professional, have different views to those, for example, in the Midland Football League, where gates rarely break 100?

The fact is the top flight of non-league football has been non-league in name only for several years. Clubs in the National League Premier have far more in common with those in League Two than they do the divisions below. Many operate with larger playing budgets than league clubs, while they even have their own broadcasting deal with BT Sport.

So they can hardly be blamed for their reluctance to declare the season over, just as those clubs in lower divisions, eager for clarification over player contracts, were so obviously eager for the campaign to be called off.

The bigger question might be that, if the National League Premier Division is taking its lead from the EFL, might it not be time to place it under the jurisdiction of the latter?

To many it might seem a radical solution but the truth is we are living through fairly radical times. If the impact already being felt on football by the coronavirus is telling us one thing, it is that some things need to change. 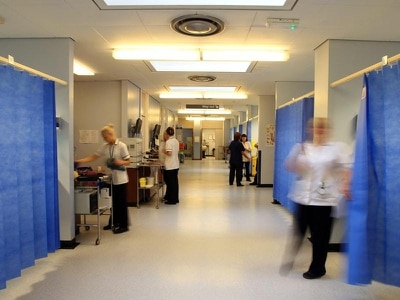