Villa’s return to the Premier League has proved a tough and often bruising experience and time is running out for them to prove they are worthy of remaining in it. 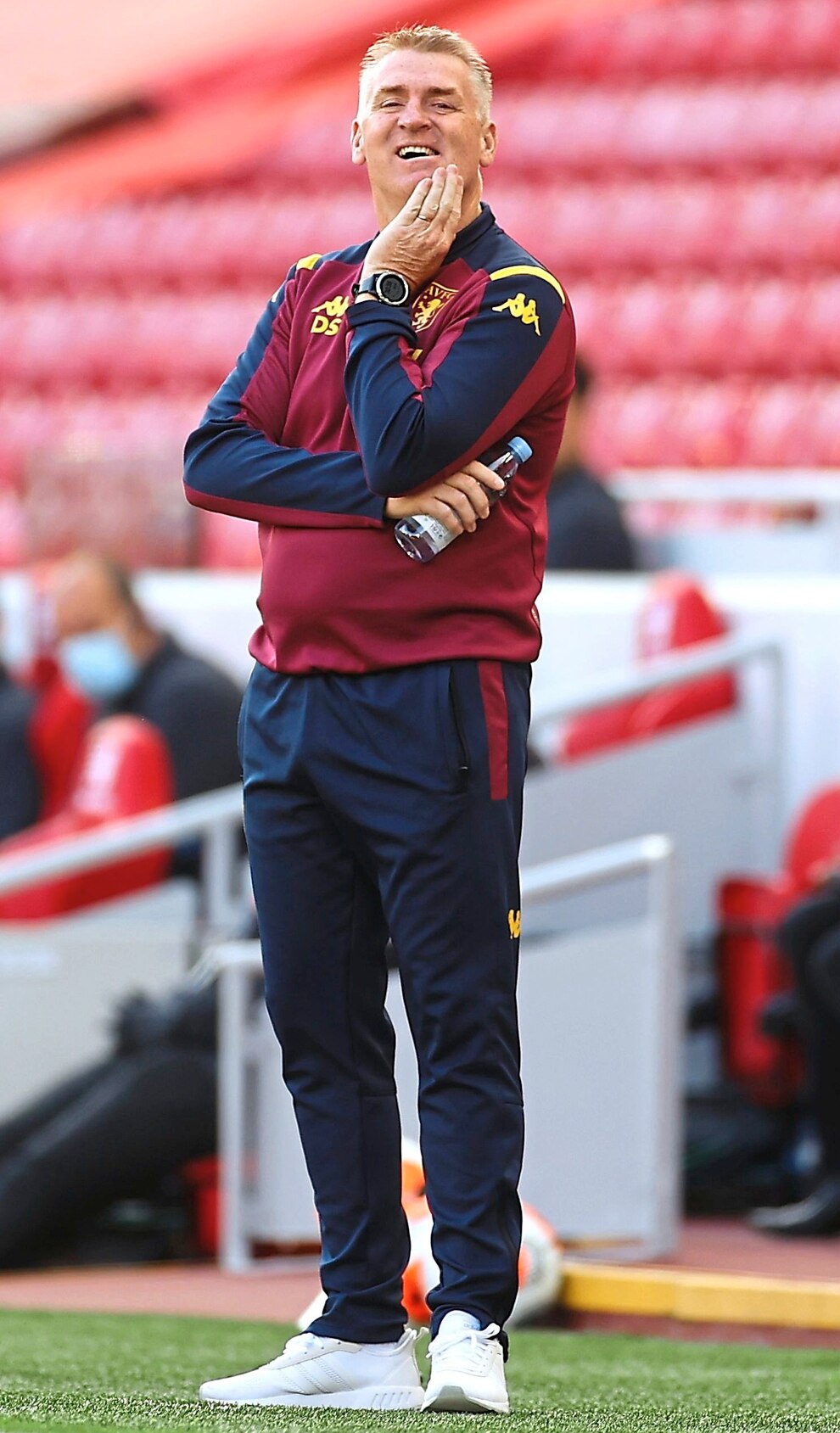 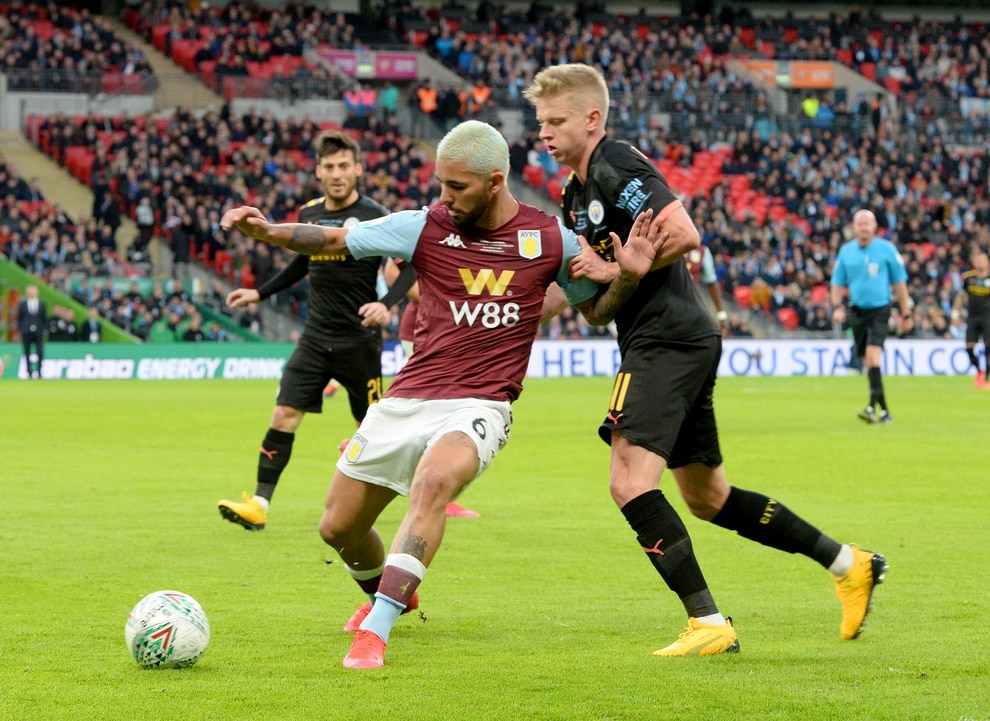 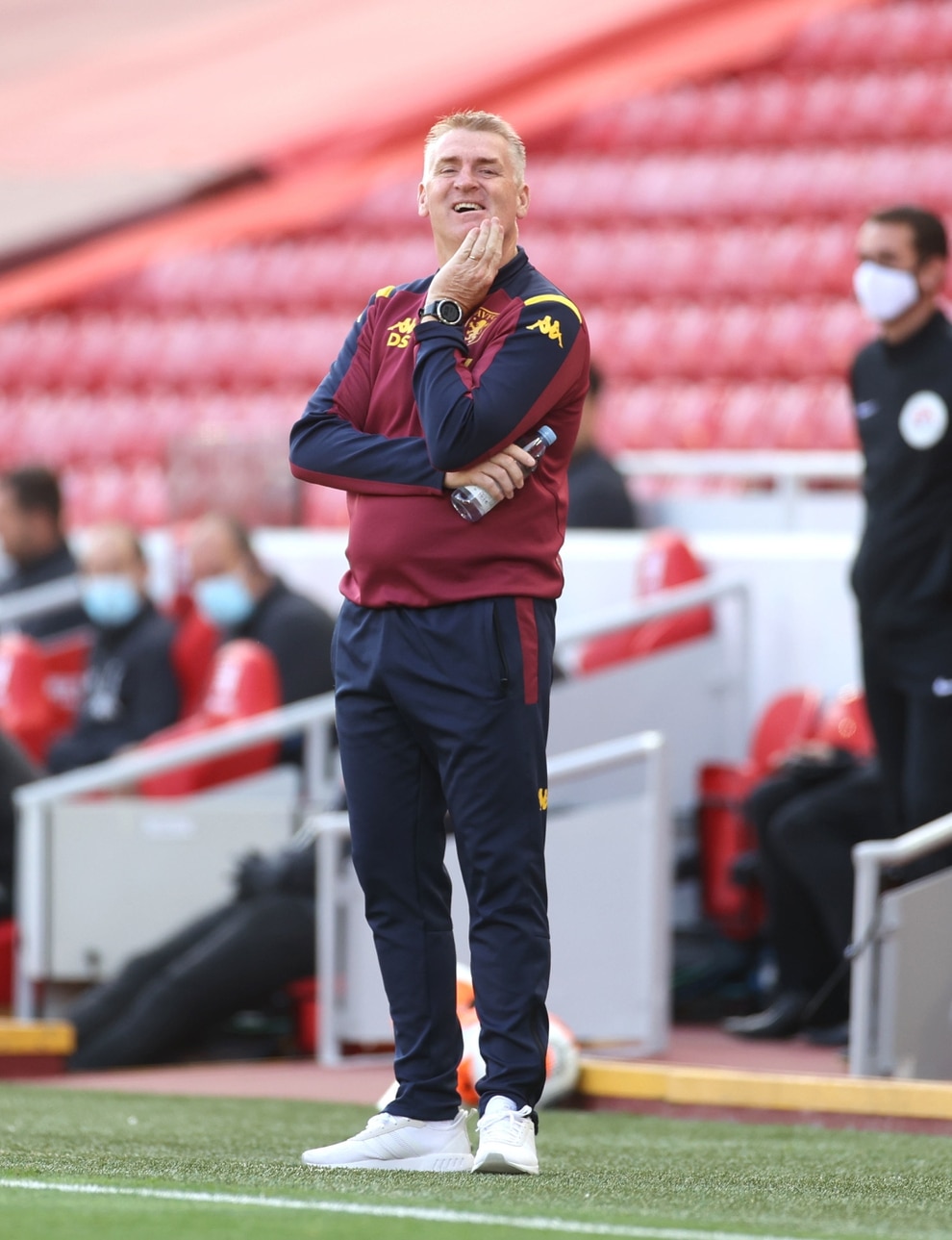 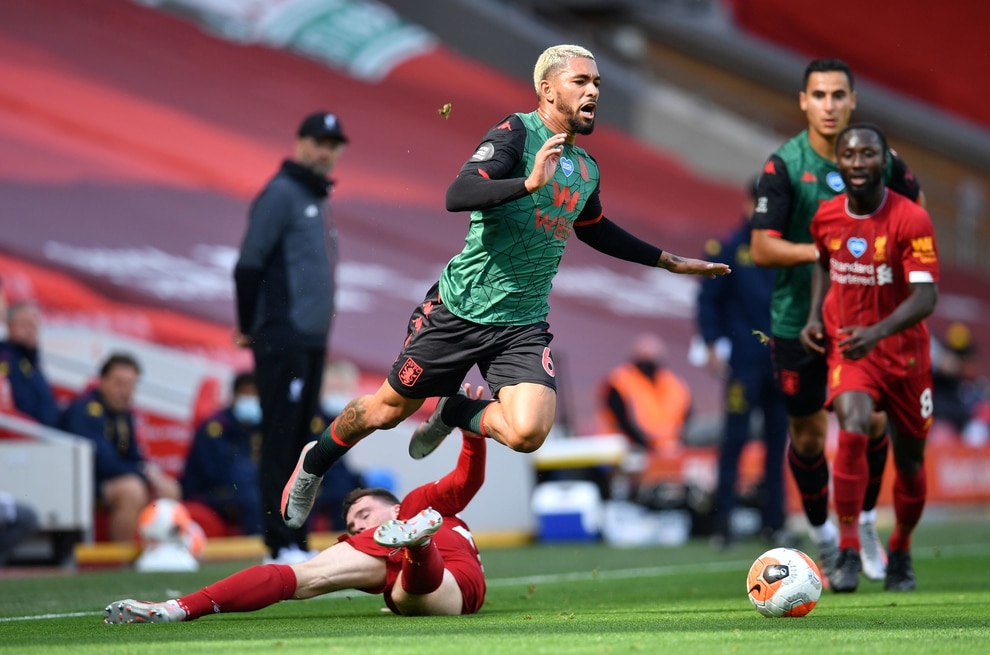 Douglas Luiz has been Villa's brightest performer since the restart.

Head coach Dean Smith believes his team are improving, yet the question is whether they are doing so quickly enough to avoid an immediate return to the Championship.

Just five matches remain and Villa, who host Manchester United on Thursday and then Crystal Palace on Sunday, are four points from safety.

“I think everybody can see that home advantage at the moment has disappeared massively. You don’t have your home fans there to drag you through it, so you rely then on team spirit and the camaraderie of the squad.

“I feel we’ve shown we’ve got that, but we haven’t got a points tally to go with it. We need scoreboard pressure now. We need to go and get some points.”

Villa have taken just two points from five matches since the season resumed and are winless in nine, yet there is evidence to support Smith’s claim they are a better outfit than prior to the pandemic.

Only Wolves and United have given up fewer chances than Villa over the last five matches, while Smith put forward the improved form of Brazilian midfielder Douglas Luiz as an example of work on the training ground paying off.

Yet the boss also provided some insight into the harsh lessons both he and his team have learned, while hinting at mistakes prompted by the club’s general lack of Premier League experience. Neither Smith or any of his staff had ever coached in the top flight before, while only three of the 12 players signed during last summer’s extensive squad rebuild had appeared in a Premier League match.

Their most experienced acquisition, Tom Heaton, was ruled out for the season with a serious knee injury sustained during a 2-1 win at Burnley on New Year’s Day, while Villa also lost record signing Wesley in the same match and were without midfielder John McGinn for an extended period.

Smith, who began the season promising his team would go on the attack, believes players are now better equipped to deal with the physical challenge of the top flight.

“The fitness levels have been a big one,” he said. “I just felt pre-lockdown we weren’t as fit as we could have been, or should have been. A lot of that was down to the fact Douglas came in two days before the start of the season, while (Marvelous) Nakamba took a while and (Matt) Targett took a while.

“We had a lot of changes during the summer and to get them up to speed has taken time.

“Douglas is someone who probably epitomises that. He is somebody who walked in the building two days before our first Premier League start and has had to play catch-up ever since. During lockdown we’ve done a lot of work with him and I think you can see the fruits of our labour with his performances in the last five games.

“I think we’re all getting better and hopefully time doesn’t run out for us. We’ve got five games and a belief that we can still stay in this league.”

The fixture list might have been kinder. United are the fourth top-six team Villa will have faced in six matches since the restart and are the division’s most in-form team having gone nine matches without defeat.

The Red Devils, meanwhile, are unbeaten in 20 league matches at Villa Park, a run which stretches back nearly a quarter of a century to August 1995, when goals from Ian Taylor, Mark Draper and Dwight Yorke earned the hosts a 3-1 win. United’s late consolation was netted by an emerging youngster called David Beckham.

“It has been a tough period for Villa but history has no bearing on this game, that’s for sure,” said Smith. “All of those games were played in front of fans, so this is a new experience for both clubs.”