Villa manager Dean Smith is looking for a response from his players after a 6-1 drubbing at home to Manchester City.

His side start a crucial run of fixtures,

that will also see them face Watford and Bournemouth, with a trip to Brighton tomorrow as they look to overcome the loss to the Premier League champions, writes Liam Keen.

And Smith wants his players to find their ruthless streak when they look to do the double over the Seagulls.

“We did the debrief the following day and I spoke to the players about the fact that we’ve got beat 6-1 at home by arguably one of the best team’s in Europe,” he said.

“But we made five fouls all day and that was a big thing for me.

“We’re going to Brighton on Saturday and I saw Brighton play very well away at Man City and got beat 4-0.

“We didn’t play well and got beat 6-1 and we helped them in a number of their goals.

“The fact that we didn’t engage or we

weren’t aggressive enough, that was the message I was getting across to the players.

“In all fairness, the response in training has been very good.

“Like I said after the game, I’m not excusing the performance, because it wasn’t good enough, but any team can get beat 6-1 by Manchester City.

“It’s important that we put it behind us, stick it in a concrete box and bury it six foot under the ground.”

One player who is in contention for the fixture is veteran goalkeeper Pepe Reina.

The former Liverpool shot-stopper joined Villa on loan from AC Milan this week after a season-ending injury to Tom Heaton.

And Smith is considering throwing the 37-year-old straight in ahead of Orjan Nyland after being impressed with the Spaniard’s impact on the squad.

“Yeah possibly (we could see his debut),” he added.

“He’s settled in fine, straight away.

“Which is what I would expect with Tom Heaton getting injured.

“Everybody knew at the start of the season that I was looking for a goalkeeper with Premier League experience.

“Tom has been a big plus for us this season already and unfortunately he got injured and we only then had two recognised senior goalkeepers.

“It was important that we moved quickly and we’re very fortunate to get someone so vastly experienced.

“He’s got the leadership qualities within the dressing room as well.

“So we’re really pleased to have Pepe in the building.

“He’s vastly experienced and a leader.

“He will be a voice in the dressing room that we need as well.

“We’re a fairly young squad and our recruitment in the summer was pretty much players with potential.

“These kind of players, Heaton and Reina, can help them fulfil their potential.” 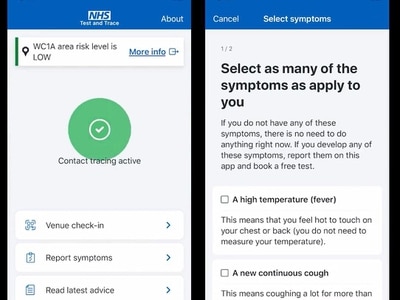