Sloppy Villa twice threw away leads on their way to a chastening defeat at 10-man Arsenal. 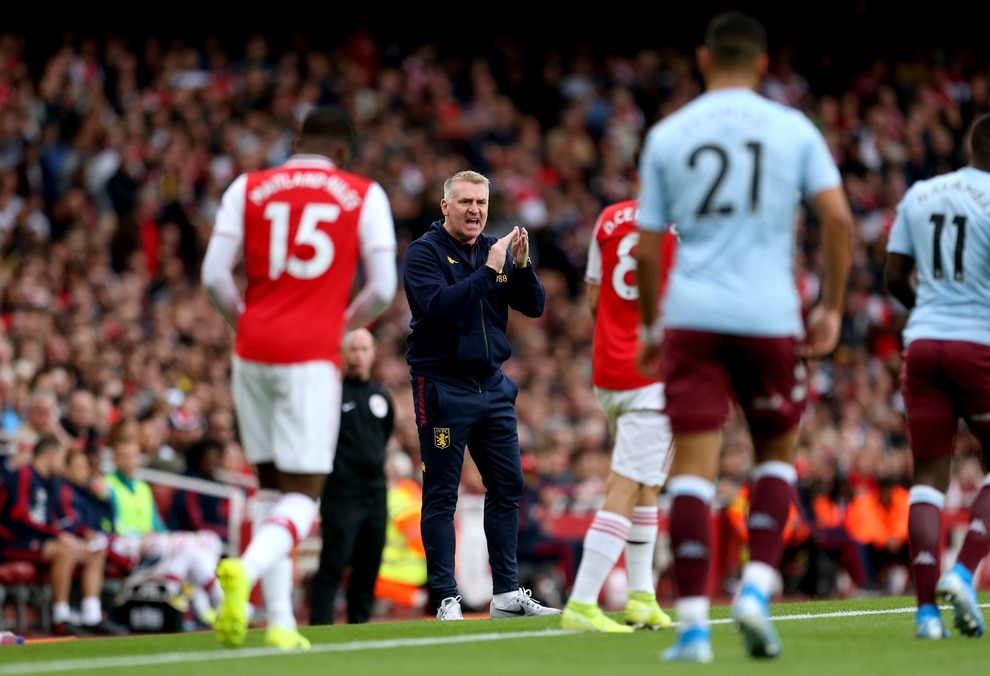 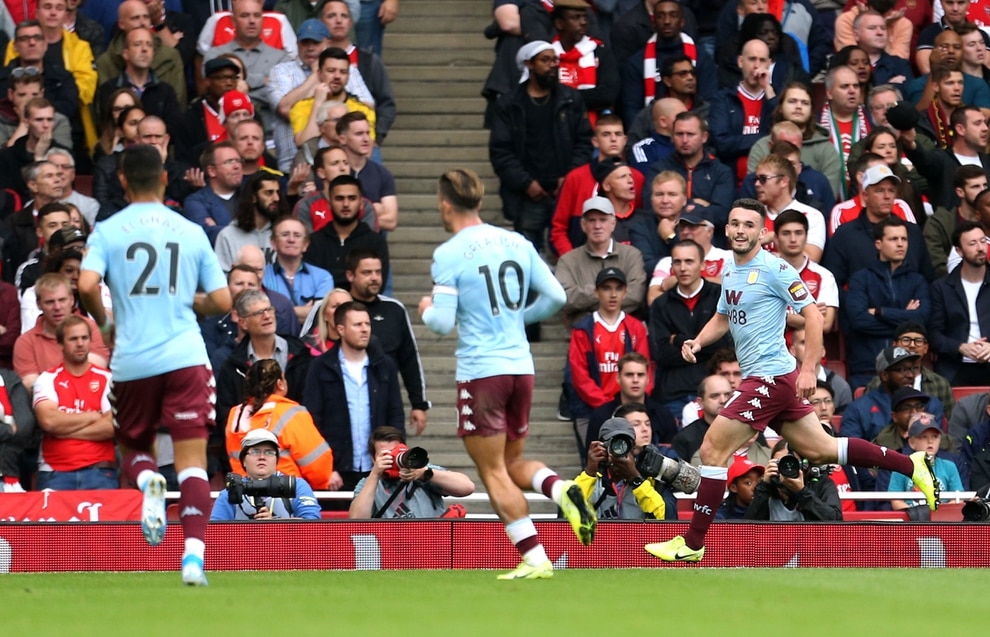 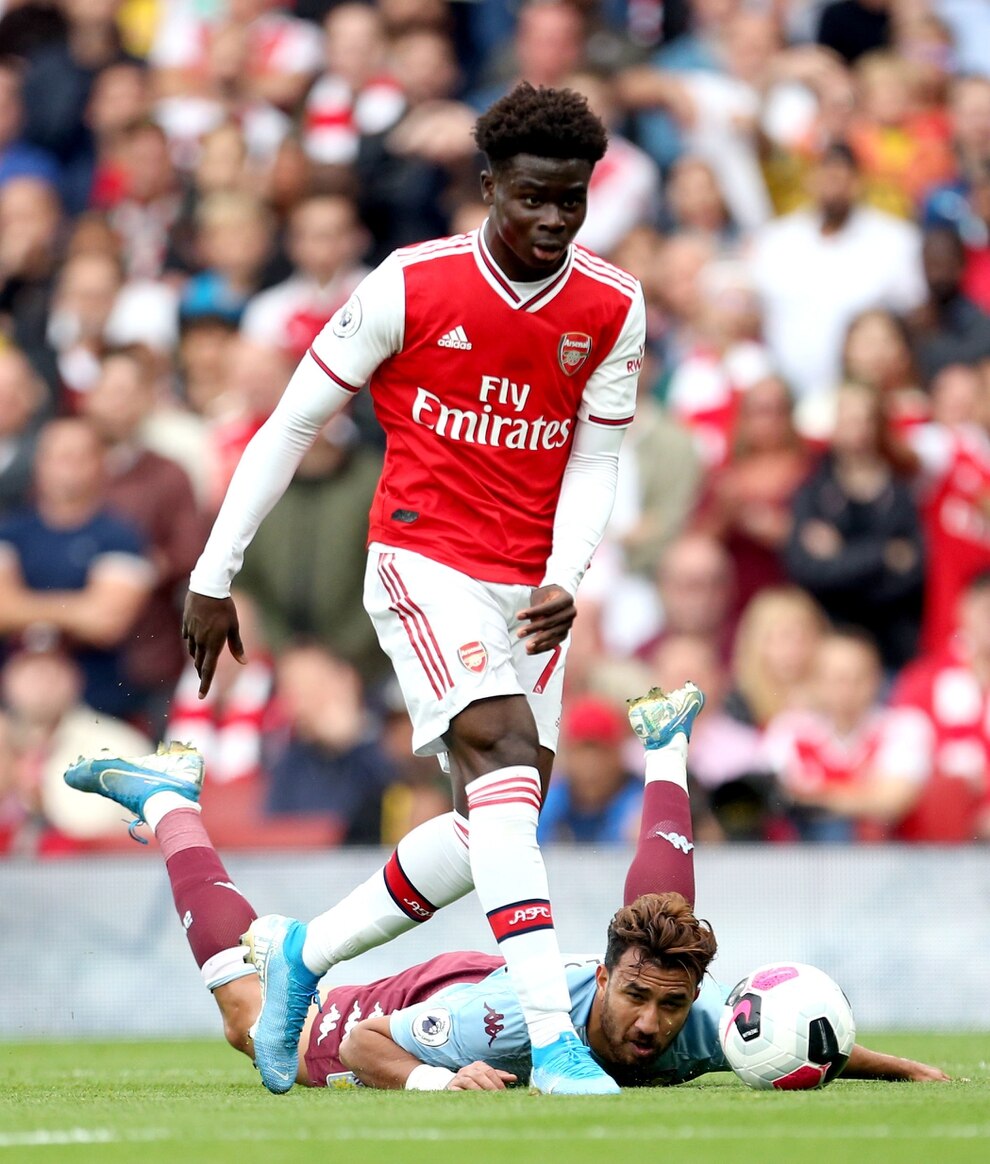 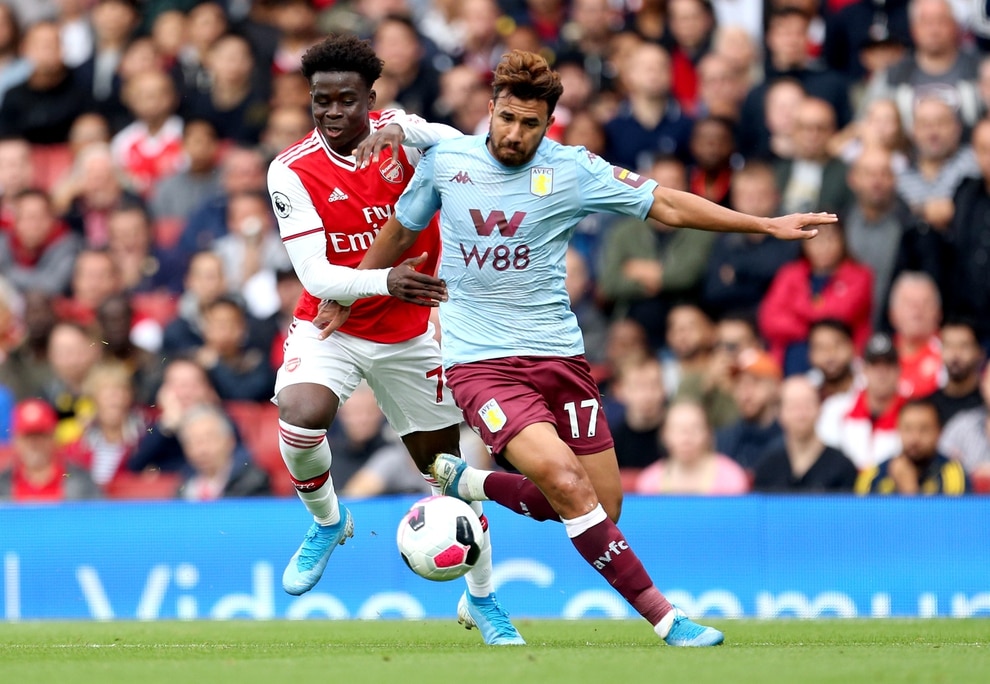 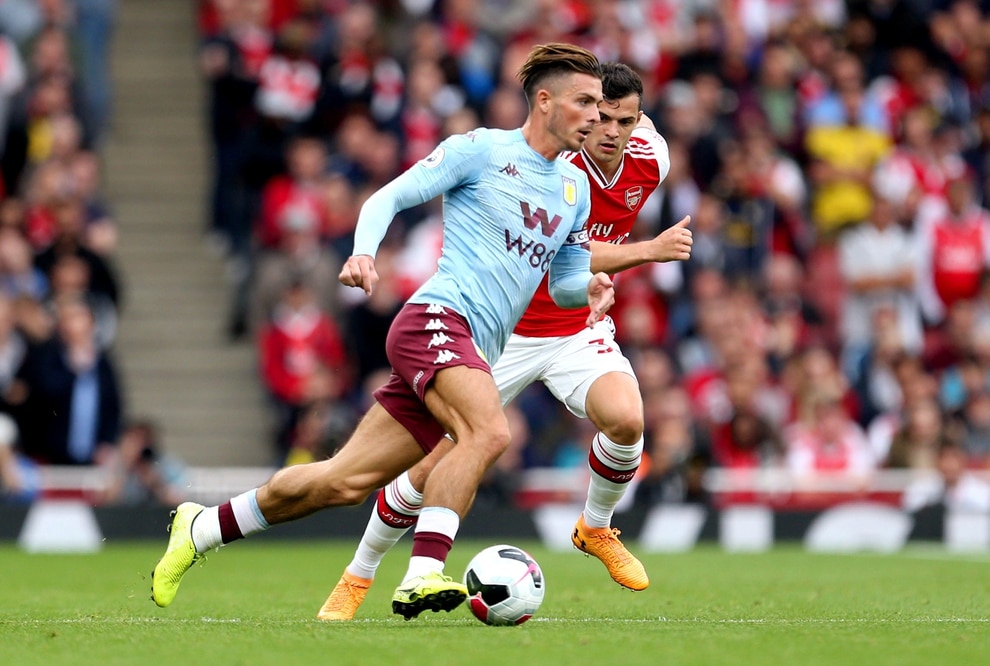 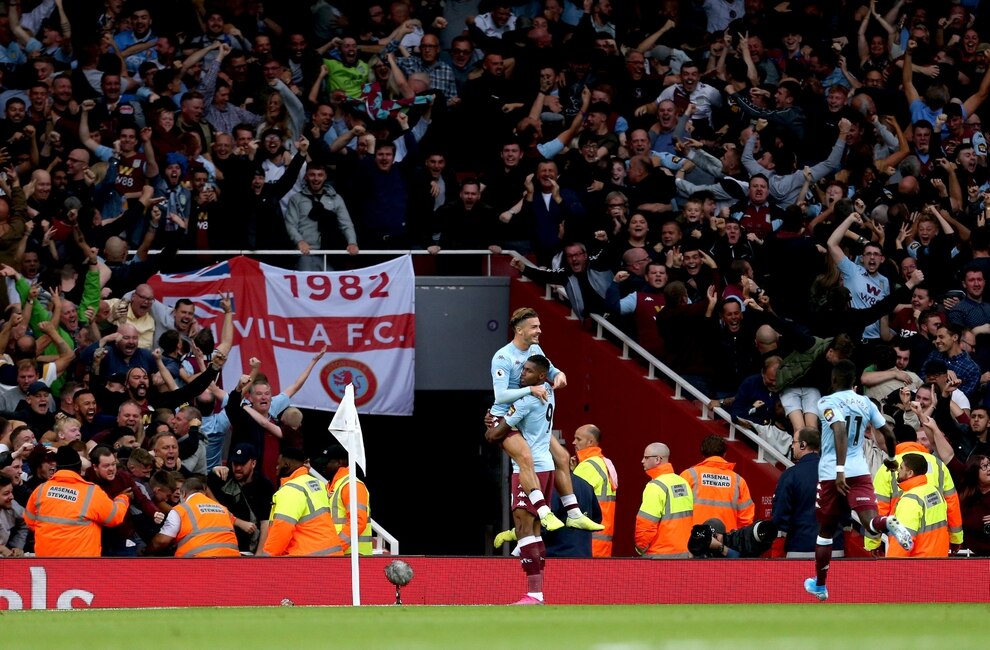 Dean Smith’s men looked in command at the Emirates when they lead through John McGinn’s goal and the hosts then had Ainsley Maitland-Niles sent-off before half-time.

But a nightmare second-half saw the Gunners fight back to claim all three points.

The win was arguably deserved after a rousing second half performance from Unai Emery’s side, in which they frequently looked like the side with the extra man.

Villa, meanwhile, have some serious soul-searching to do after blowing a huge chance to earn a statement win and kick-start their season.

Smith’s team were excellent in the opening half and seemed to have things under control before Pepe levelled from the spot, after the excellent Matteo Guendouzi was brought down by Bjorn Engels.

Wesley restored the lead almost immediately but Arsenal then went on to dominate and it was ultimately no surprise when they eventually got the goals to win the game.

Villa were guilty of making poor decisions in the final third, while Smith’s decision not to change things when his team were so seriously under the cosh while leading 2-1 will also come under scrutiny.

Smith handed Trezeguet an immediate return to the starting line-up after the Egyptian international had missed the 0-0 draw with West Ham through suspension.

Jota was the man to make way, dropping to the bench, while Brazilian midfielder Douglas Luiz was left out of the matchday squad entirely.

The tone for a breathless first-half was set inside the opening 70 seconds, when Arsenal might well have led had Maitland-Niles been able to make a cleaner connection with his left-foot when arriving unmarked at the far post to meet Saka’s cross.

Any thoughts the hosts might go on to dominate were quickly dispelled, however, with Villa giving comfortably as good as they got in the early stages.

McGinn was immediately a menace, forcing Bernd Leno into an early save with a right-footed effort before stinging the Arsenal keeper’s palms with a more powerful shot from his more favoured, left foot, after being given time and space outside the box.

The hosts, meanwhile, were finding joy down Villa’s left flank and Tyrone Mings needed to be alert to deflect a low Pepe shot over the bar, while Pierre-Emerick Aubameyang was unable to react quickly enough when another deflected shot from the former landed at his feet six yards out.

A goal looked inevitable at one end and it arrived at Arsenal’s, McGinn netting for the second successive match in north London.

In truth, the Scot and Villa benefited from some lax defending, as he was allowed to move untracked into the box and apply the finish on El Ghazi’s inswinging cross from just six yards out.

Arsenal looked for a quick response and Heaton needed to be alert to hold another Pepe shot, while Saka sent a drive fizzing just over the bar.

But the hosts suffered another blow five minutes before the break when Maitland-Niles was given his marching orders.

The full-back, booked early on for pulling back El Ghazi, was guilty of catching Neil Taylor on the follow through after sliding in to win the ball.

It was the Arsenal man who came off worse in the challenge and a delay of several minutes followed as he received treatment and was then shown the second yellow card by Jon Moss, after being helped back to his feet by the physio.

Villa had chances to increase their advantage early in the second half but the final pass eluded them and they were made to pay when Pepe brought Arsenal back on level terms.

Guendouzi was allowed to run at the visiting backline and tumbled after contact from Bjorn Engels.

Pepe sent the spot-kick down the middle as Heaton dived to the left to restore parity.

Yet it lasted barely a minute as Wesley then put Villa back in front with his second of the season.

The goal owed everything to the work of Grealish who powered into the left-hand side of the box before delivering a low cross which Wesley turned home in front of David Luiz.

The latter nearly delivered a second equaliser for the hosts with a dipping free-kick which Heaton had to tip over the bar.

Villa’s keeper was then sent scrambling again by a low Guendouzi strike which hit the post and rebounded into his back before flying wide.

With the visitors being pushed further and further back, an equaliser began to feel inevitable.

It arrived with nine minutes to go when Mings, impeccable to that point, could only send his clearing header into the path of Chambers who finished smartly beyond Heaton.

Worse was to follow as Engels brought down Aubameyang and the striker stepped up to fire home the free-kick, meaning an afternoon which for so long looked bright for Villa ended in disaster.

40 - RED CARD Ainsley Maitland-Niles is shown a second yellow card after being adjudged to have fouled Neil Taylor.

59 - GOAL Nicolas Pepe pulls Arsenal level from the spot, after Bjorn Engels brings down Matteo Guendouzi in the box.

81 - GOAL Callum Chambers levels it up again. He pounces on a poor defensive header by Tyrone Mings to finish past Heaton.