Jonathan Kodjia’s first goal of the season earned Villa a fourth win on the spin as they beat bottom of the table Bolton. 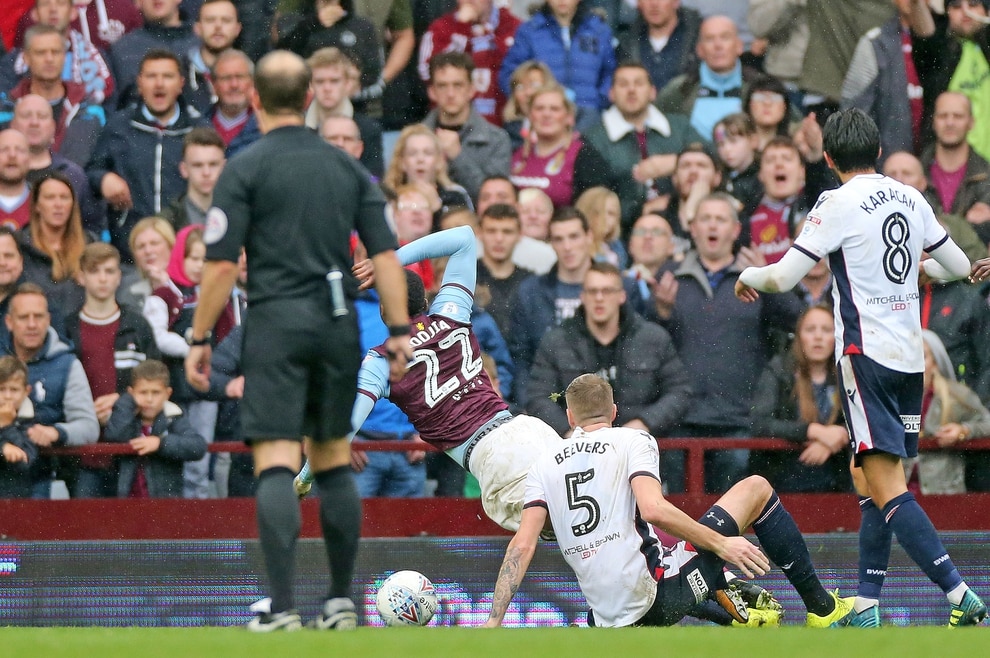 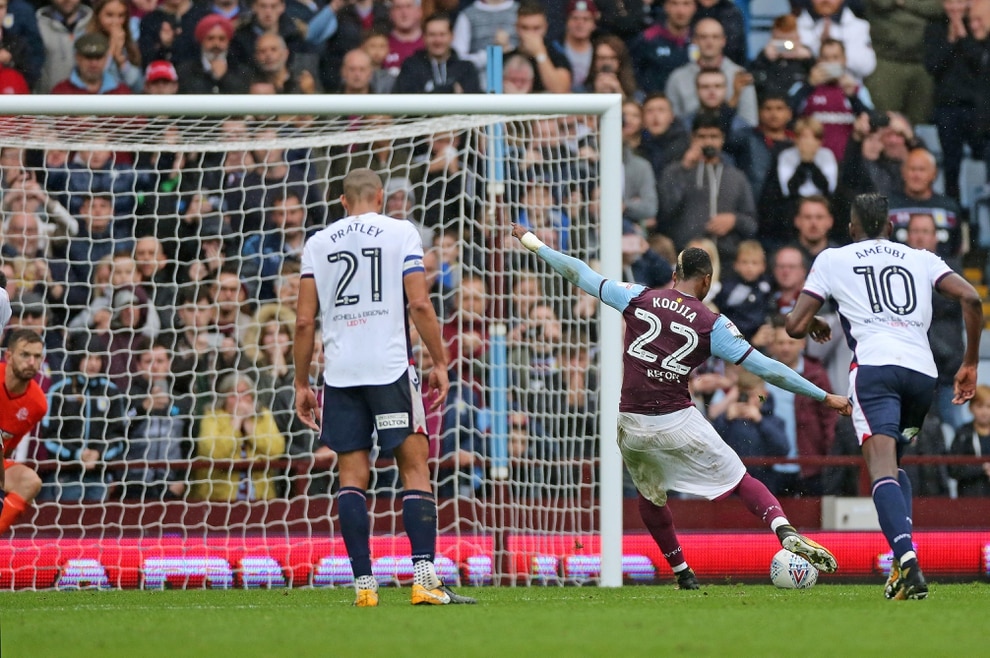 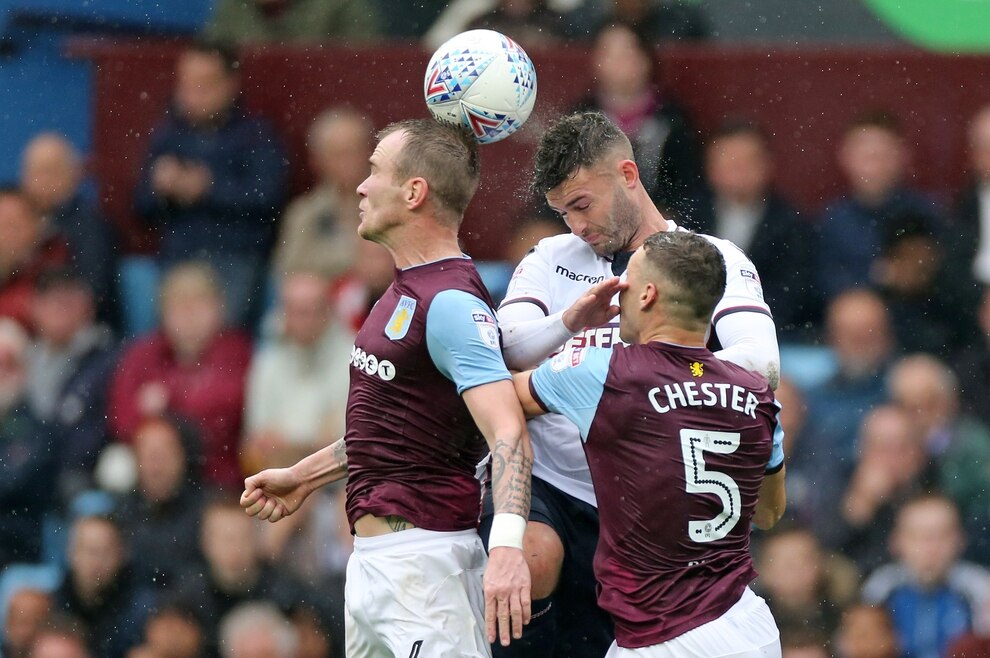 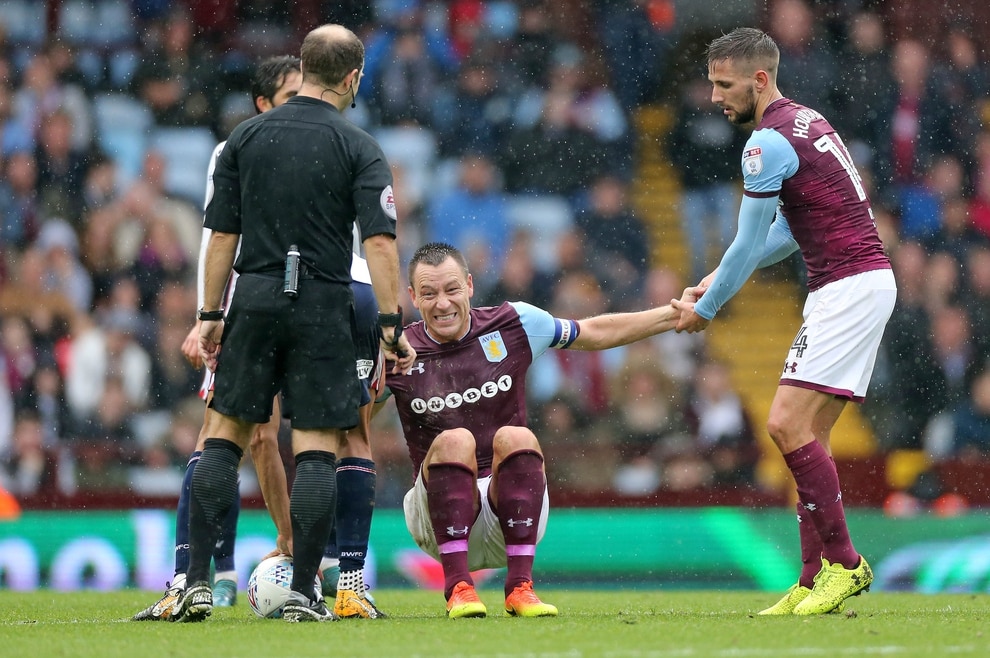 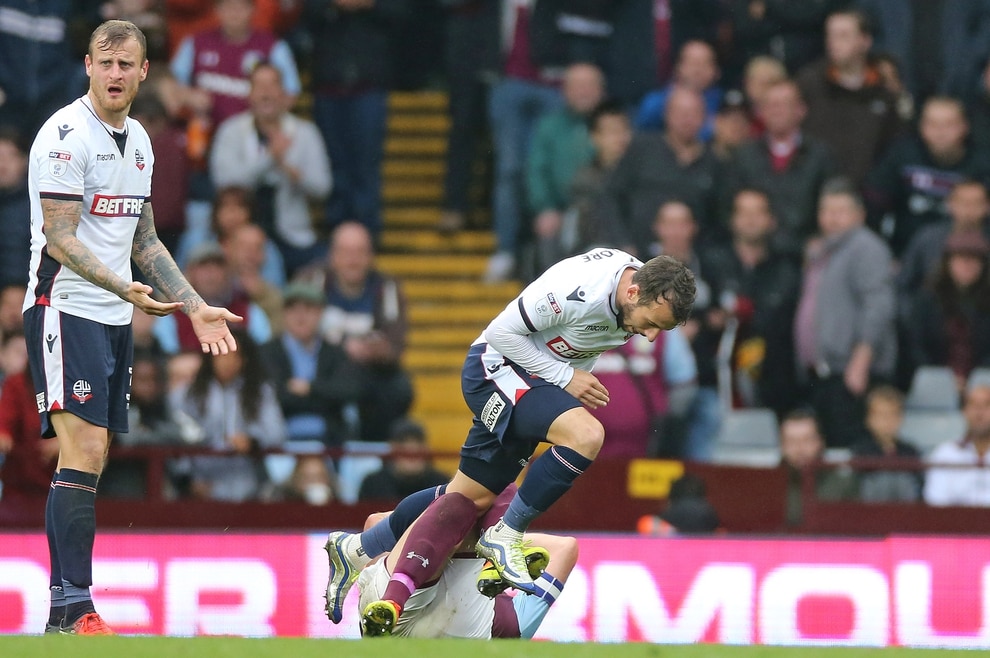 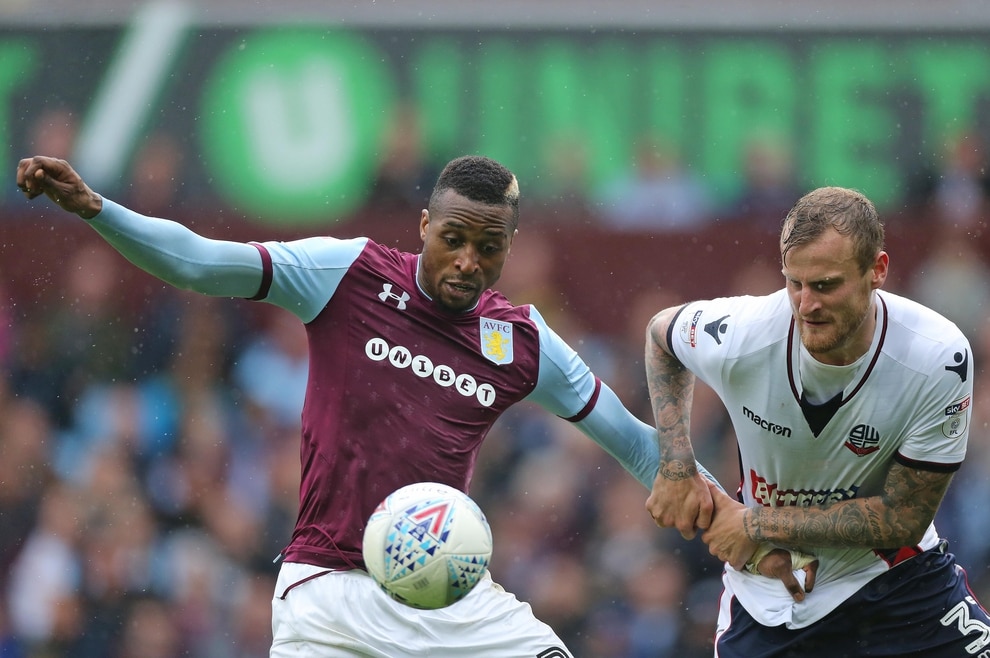 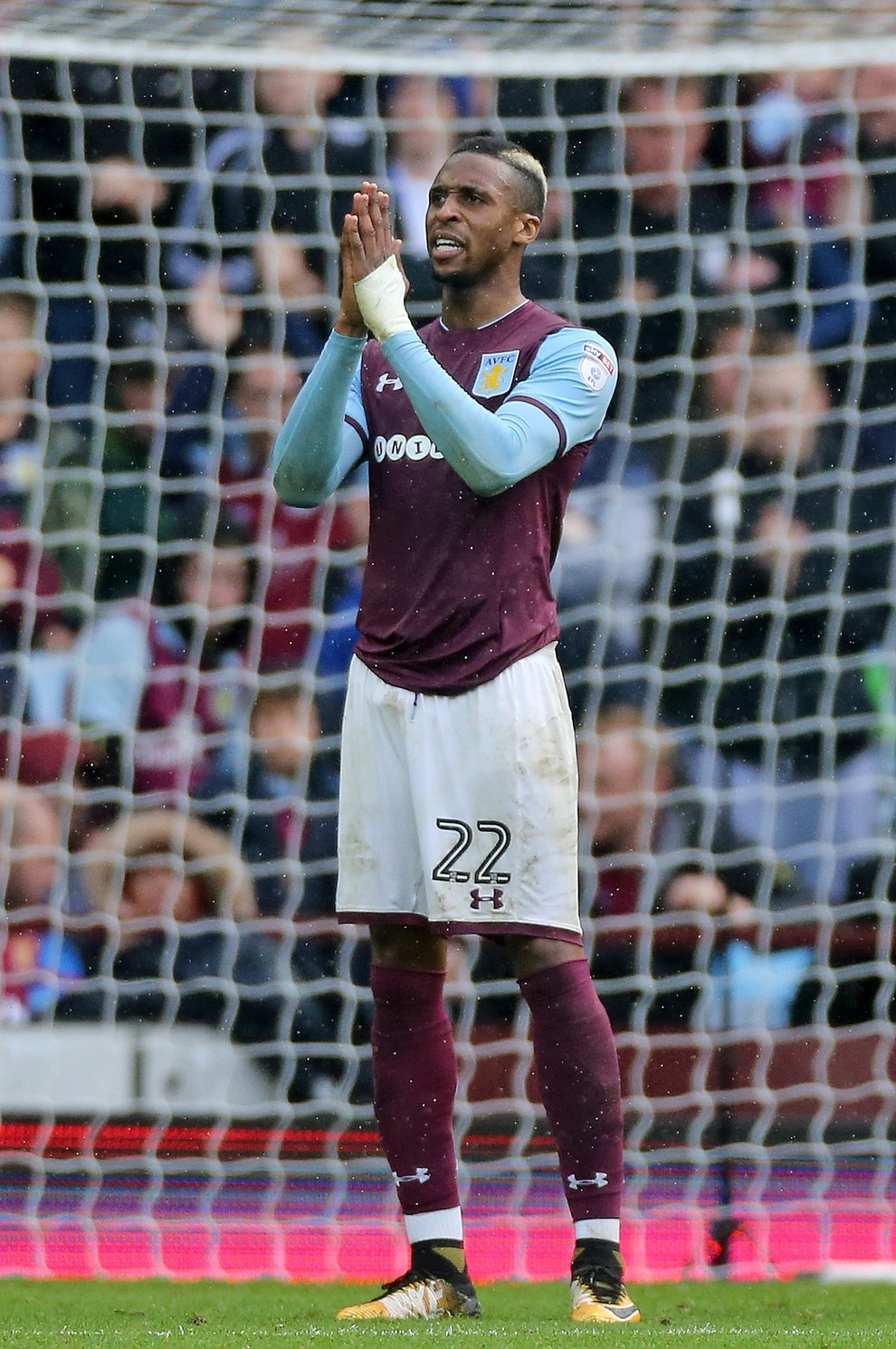 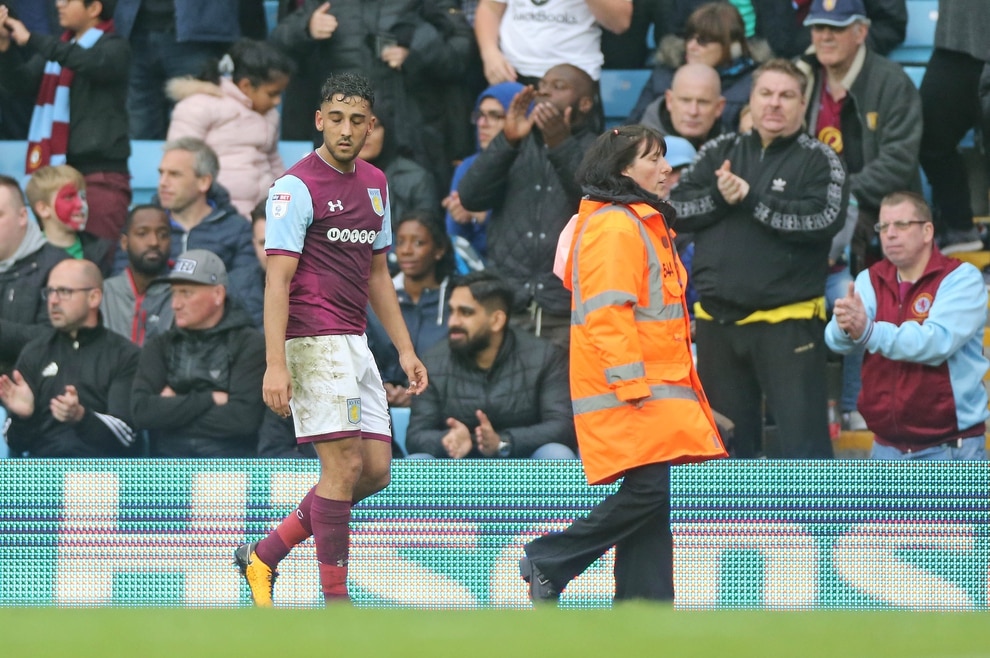 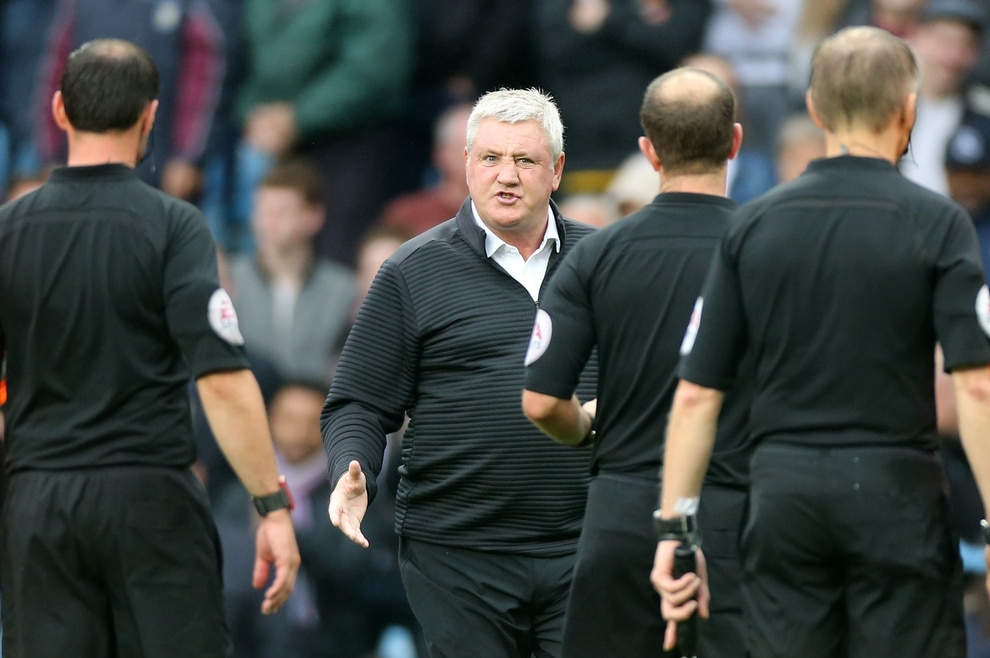 The Ivory Coast international stroked home a first-half penalty after being brought down by Mark Beevers in the box.

Kodjia had missed a glorious chance to open the scoring moments earlier when he was denied by Trotters keeper Mark Howard through on goal.

In a game chronically short of entertainment, Gary Madine almost grabbed a late leveller for the visitors but saw his header cleared off the line, before Villa’s Neil Taylor was controversially sent-off deep into stoppage time.

Referee Jeremy Simpson adjudged the left-back’s challenge on Adam Le Fondre to have been dangerous but appeared to be one of the few people inside Villa Park to think so. The official unsurprisingly left the pitch to loud boos from the home support.

Even before then his pernickety style and tendency to favour defensive over attacking physicality had done much to make this a pig of a game.

Had Madine’s effort gone in it would have broken a Bolton goal drought which now stretches seven league matches and been a bitter blow for Villa, who rarely looked threatened all afternoon.

This is not a game which will live long in the memory but it nevertheless completed a perfect week for Villa, who have now climbed to seventh in the Championship, one point outside the top six.

Boss Steve Bruce, who named an unchanged XI for the fourth consecutive game, watched his team extend their unbeaten run to eight matches.

In a month billed as "crucial" by owner Tony Xia, they have taken 14 points from a possible 18 and kept five clean sheets in six games.

This was by some distance their scrappiest win of the lot.

It was Bolton, bottom of the table, who mustered the first effort on goal, Sammy Ameobi striking an effort from all of 30 yards out which Villa keeper Sam Johnstone held at the second attempt.

Mark Little had also fired off target before Conor Hourihane had Villa’s first effort, a volley which sailed wide of the post.

Otherwise it was a frustrating, niggly opening half-hour, not helped by referee Simpson’s refusal to allow a fair physical contest between defenders and attackers at both ends of the pitch.

Things suddenly sprang to life on the 35 minute mark. First a ball over the top from James Chester found Kodjia away and clear.

Bearing down on goal with just Howard to beat, the Ivory Coast international seemed to have an eternity to finish and also had the option of squaring to an unmarked Albert Adomah.

Instead he opted to try an elaborate finish with the outside of his foot, allowing Howard to pull-off an impressive save, though one he should not have been able to make.

Within two minutes Kodjia had made amends and got his team ahead, winning the penalty when he was dragged down by Beevers and then scoring when he sent Howard the wrong way from the spot.

He had another chance before the break but was unable to keep his header from Adomah’s cross down.

Adam Armstrong then had Bolton’s best chance of the game so far but shot straight at Johnstone after latching on to Madine’s clever pass.

Former Wolves midfielder Karl Henry, a recent addition for the Trotters, flicked a training ground corner routine wide of the near post early in the second period.

Yet it otherwise remained a very poor game, with long periods when neither team particularly looking like adding to the scoreline.

John Terry should perhaps have increased Villa’s advantage and scored his maiden goal for the club when he got a touch on a Hourihane free-kick to deflect it wide of the post.

Bruce introduced Josh Onomah and Scott Hogan inside the final 20 minutes and the changes were effective in reinvigorating Villa’s attack.

Hogan had a shot blocked before Robert Snodgrass forced Howard into only his second save of the match with a low effort which the keeper did well to tip around the post.

There was no hiding the irony that, during perhaps Villa’s most dominant spell of the match, Bolton came closest to scoring themselves when Whelan was in the right place to clear Madine’s header off the line.

After Taylor had been dismissed, Madine had another effort blocked by substitute Chris Samba as Villa saw out the win in nervy fashion.

35 CHANCE Jonathan Kodjia goes through on goal but tries to be too clever with the finish. Mark Howard makes the save.

38 GOAL Kodjia puts Villa ahead from the penalty spot after being dragged down in the box by Mark Beevers.

90 RED CARD Neil Taylor is dismissed for a challenge on Adam Le Fondre.

Analysis: Dean Smith searching for answers after Southampton defeat puts Aston Villa back at square one