The importance of the next fortnight for both Villa and their manager Steve Bruce cannot be understated.

Five games, including two against clubs currently in thick of a relegation scrap, presents an opportunity to ease both Villa's own fears in that department and reduce the scrutiny which has steadily built on the boss during the recent rotten run.

A continuation of the current form, which has Bruce's team lose eight of their last nine fixtures, would increase the possibility of a particularly nervy climax to the campaign.

For Bruce, the only immediate pressure is from the silent screams of those who choose to vent their fury on social media.

Those in the stands have, to this point at least, remained largely supportive, as have a board who remain convinced the 56-year-old is the man to finally restore stability at a club where the constant cycle of change has done so much damage.

Bruce's passion and commitment to the cause is obvious to anyone who hears him speak.

It is debatable whether any of those who preceded him, during the mad 20-month period when the club churned through managers at a rate almost quicker than they clocked up wins, cared quite so much.

Yet Bruce is also experienced enough to know the board's patience will not last if he is unable to arrest the team's alarming decline. Monday's 2-0 defeat at leaders Newcastle, Villa's fifth loss in succession, was not without its positives.

For much of the first half, Bruce's team had looked more organised than for several weeks.

But, in truth, Villa never looked like taking anything from the game once they had fallen behind to Yoan Gouffran's 42nd-minute opener and at the moment they are a team who struggle to score, while being far too easy to score against.

Gouffran's effort, after a scramble in the box when several opportunities to clear were squandered, was the Magpies' first on target of the match. Barely a week earlier, Ipswich escaped from Villa Park with a 1-0 win after netting with their only shot on goal. Barnsley did likewise after scoring with their second.

Bruce has admitted he may have tried to change too much, too soon during the January transfer window but though he is yet to find a system which allows his new signings to perform at their best, remains confident things will improve.

"We have to give them (the signings) time to settle, work with the squad of players I've got and turn the situation round, which we managed to do until a month ago," he said. "I'm convinced the club is in better hands. I'm convinced what we have done in January is the right thing.

"There has been a lot of turmoil but going forward, as a group, we are better than we were."

The Rams, who are themselves without a victory in five games, have not won at Villa in their last nine visits. 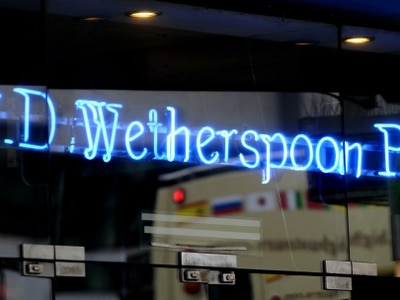