Wolves climbed to fifth in the Premier League and maintained their push for Champions League qualification with a derby victory which left Villa deep in relegation danger. 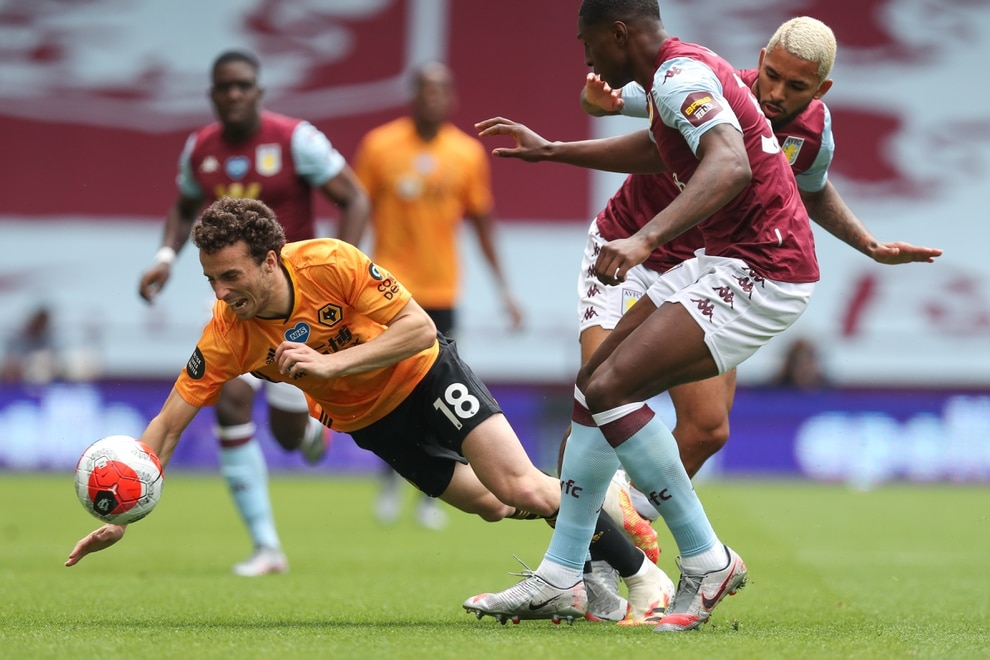 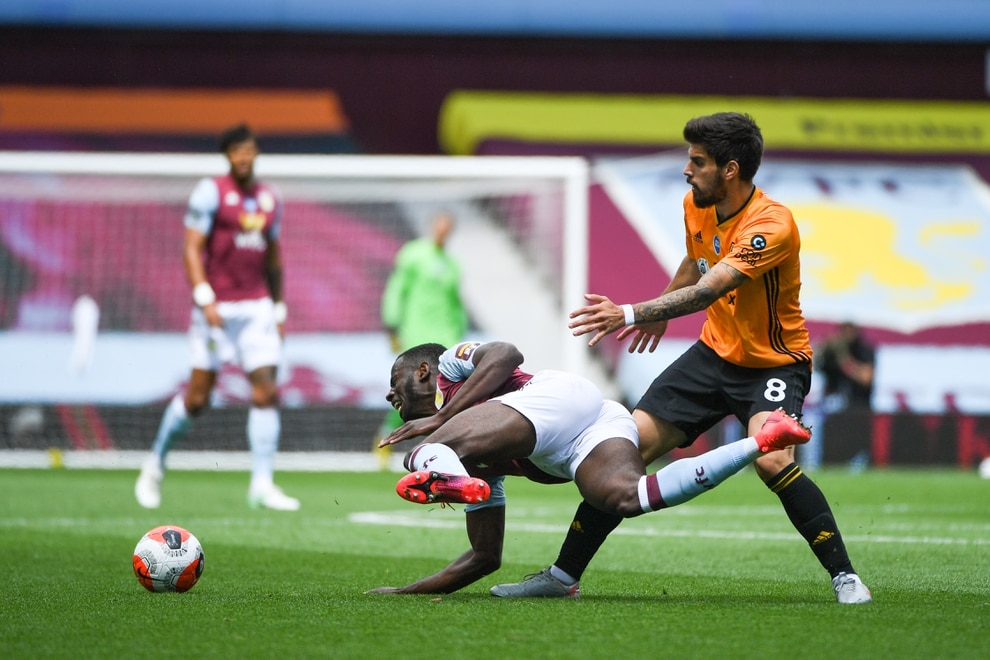 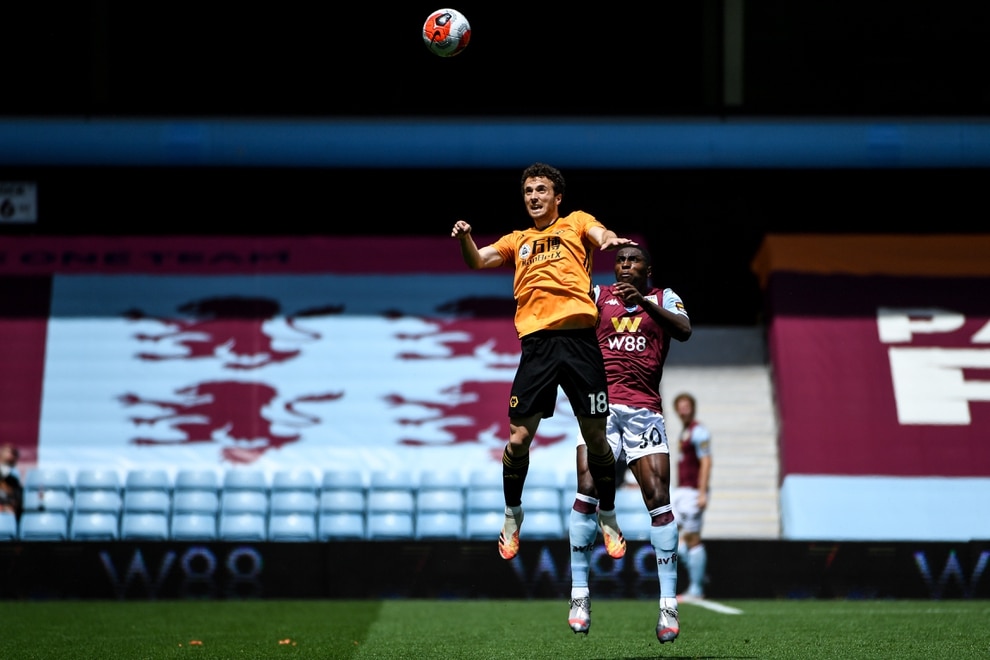 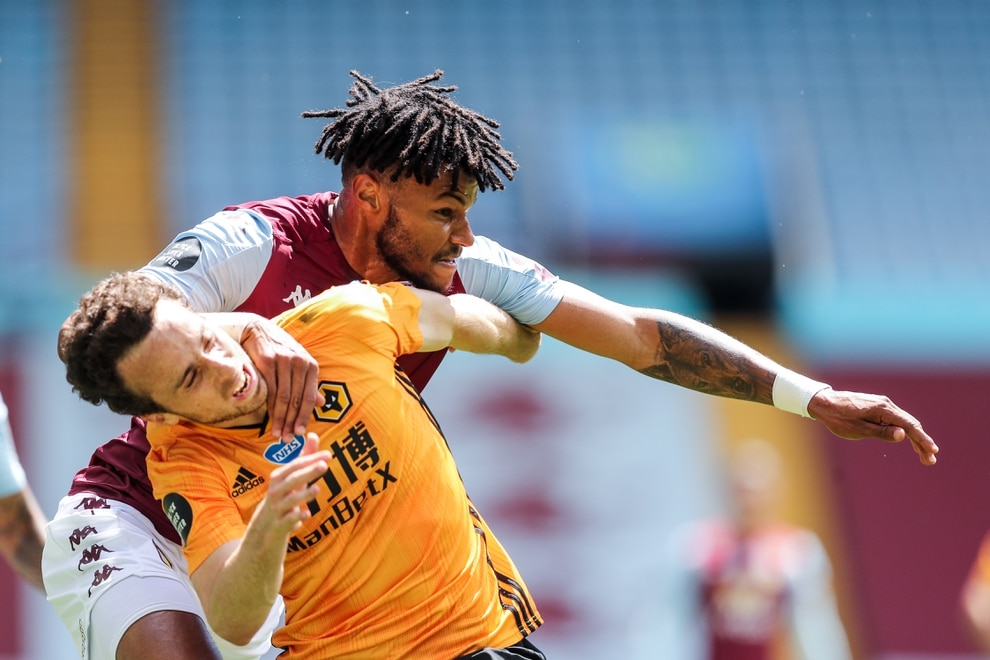 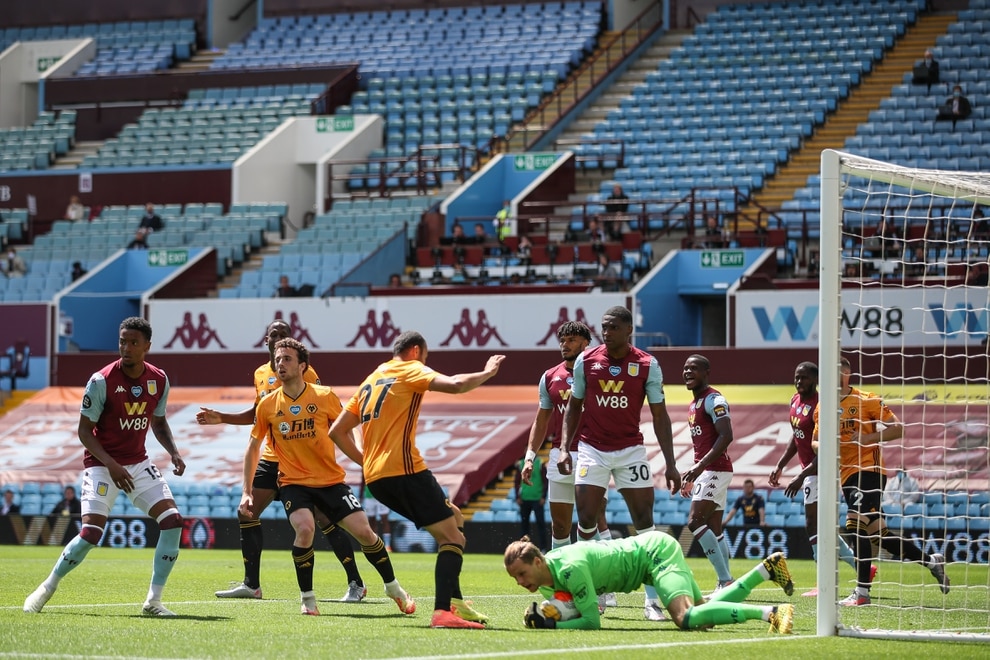 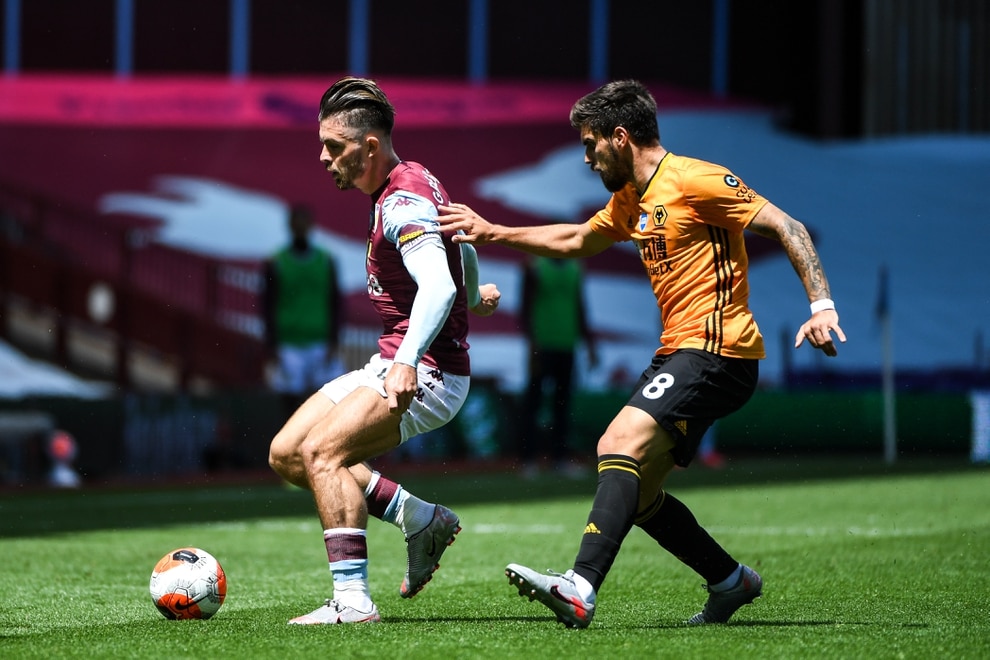 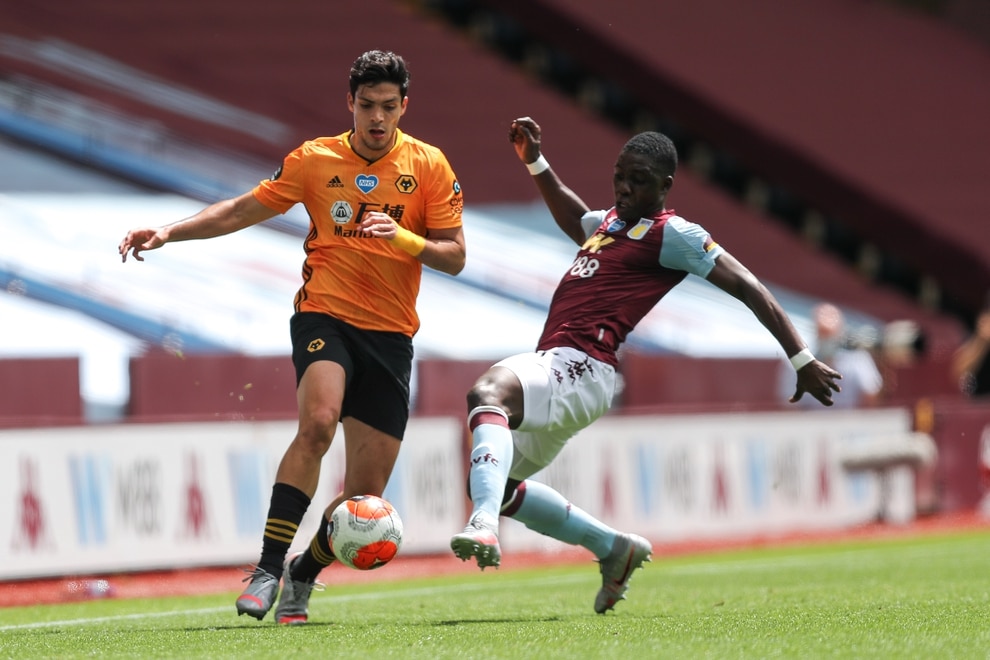 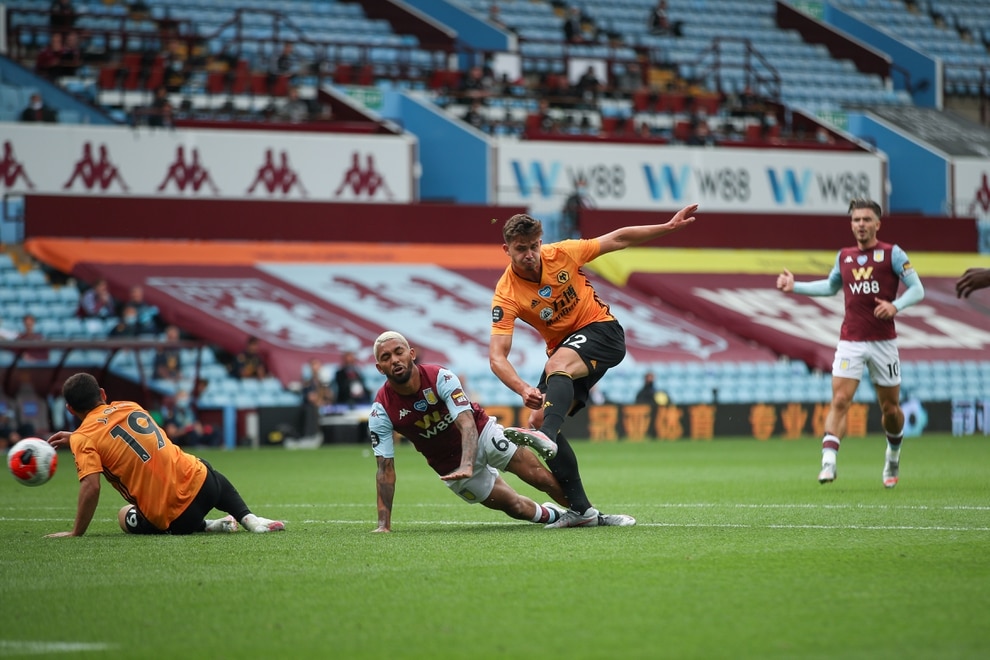 Leander Dendoncker of Wolverhampton Wanderers scores a goal to make it 0-1. (AMA/Sam Bagnall) 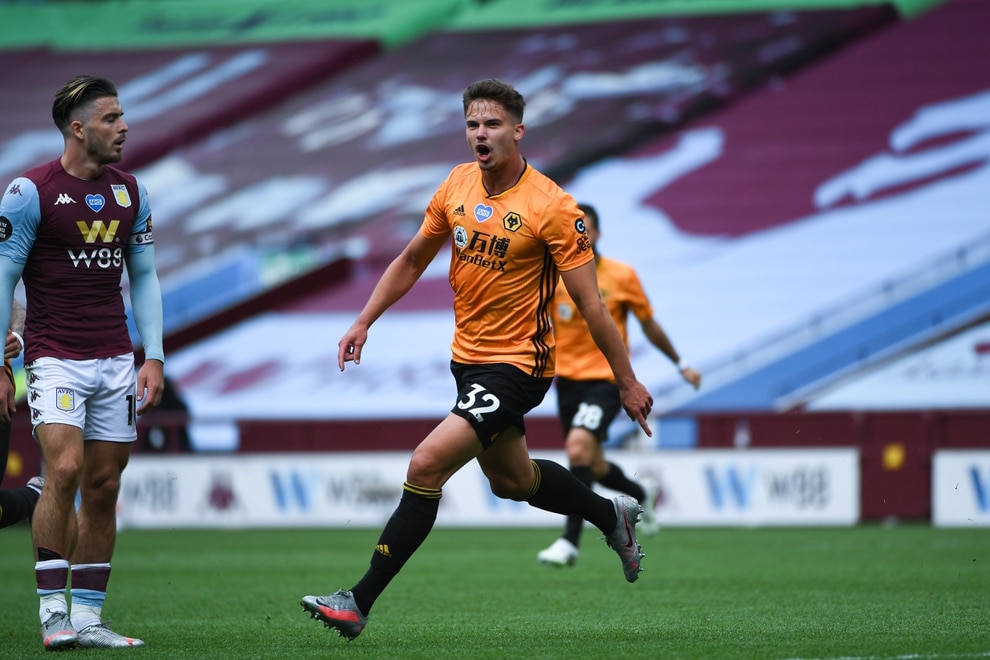 Leander Dendoncker of Wolverhampton Wanderers celebrates after scoring a goal to make it 0-1. (AMA/Sam Bagnall)

Leander Dendoncker netted the only goal of a match of few chances just past the hour mark as Nuno Espirito Santo’s team made it three straight wins since the league’s resumption.

Diogo Jota had earlier missed a glorious chance to put the visitors ahead following a dreadful error by Villa goalkeeper Orjan Nyland.

Villa, who remain 19th in the table, failed to seriously test Rui Patricio during the 90 minutes.

Dendoncker’s goal was his fifth of the season and the Belgium international was a worthy match-winner after a busy midfield performance in which he shackled Villa skipper Jack Grealish.

The match followed a similar pattern to Wolves’ previous wins over West Ham and Bournemouth with Nuno’s team making the breakthrough past the hour mark and then closing the victory out with relative ease.

It is the first time Wolves have completed the league double over Wolves since the 1962/63 season.

Over the course of the 90 minutes the contest was generally tight with neither keeper over-worked, though Nyland almost gifted the visitors an opener when he threw the ball straight to Jota 20 yards out, the Wolves man proceeding to blaze over.

Villa pushed and probed for a leveller but never seriously looked like getting one. Dean Smith’s men have now scored just two goals in their previous six Premier League matches. With fixtures against Liverpool and Manchester United to come, the outlook is bleak.

Villa boss Smith made three changes to his team from Wednesday’s 1-1 draw at Newcastle in what appeared a bold selection.

Keinan Davis was recalled, partnering Mbwana Samatta up front, while Conor Hourihane and Marvelous Nakamba were drafted into midfield.

John McGinn and the wing duo of Anwar El Ghazi and Trezeguet were the players who dropped to the bench.

Wolves made just one change, Leander Dendoncker replacing Adama Traore as Nuno reverted to the 3-5-2 set-up used at the start of the match against West Ham a week previously.

Villa were forced into another change in the opening minutes when Matt Targett suffered what appeared to be a hamstring injury and had to be replaced by Neil Taylor.

It was down that flank where Wolves enjoyed most of their attacking joy during the opening period.

Raul Jimenez headed an early Joao Moutinho free-kick straight at Nyland after Tyrone Mings had been booked for hauling back Diogo Jota, while Matt Doherty crashed a shot into the side netting just prior to the drinks break.

Taylor then needed to be alert to clear after Conor Coady had picked out the run of Leander Dendoncker with an inch perfect long pass.

Villa saw plenty of the ball but could not find a way through the organised Wolves lines. Only in the final 10 minutes of the half did they begin to threaten, Jack Grealish shooting straight at Rui Patricio, before Jonny Otto was required to block from Hourihane after Villa had pulled the visiting defence out of position for the first time.

The biggest talking point of the half came near its conclusion. Under no pressure, Nyland attempted to throw the ball out to Taylor on the left flank only for it come flying out of the back of his hand and straight to Jota. The Wolves forward probably couldn’t believe his luck and that showed with his finish, which was struck high into the North Stand.

Villa settled better at the start of the second half but Samatta was unable to take advantage when Willy Boly made a rare mistake when dealing with a long ball.

Not for the first time since the restart for Wolves, the first substitutions helped deliver the opener.

Yet while Adama Traore was involved in the build-up to Dendoncker’s goal, the strike owed plenty to the work of Jonny Otto, who started the move with a neat turn away from John McGinn and continued his run through the middle.

Though the Spaniard did not quite collect Raul Jimenez’s cross cleanly, his presence caused confusion in the Villa defence allowing Dendoncker the space to rifle a low left-footed shot into the bottom corner.

Villa tried to find a response but their build-up play was too often too slow. Grealish saw a shot blocked at close range, while Samatta headed over a McGinn cross.