Albion and Walsall could be set to complete their seasons in a 56-day period behind closed doors, a letter from EFL chairman Rick Parry explains.

The leaked document, addressed to chairmen, executives and secretaries of all EFL clubs, sets out a plan to complete the current season in eight weeks – Albion have nine games left in the Championship, while Walsall have 10 fixtures to play in League Two.

The letter also outlines that the governing body are working under the 'assumption' that all of the remaining games will be played behind closed doors – while adding that all clubs must not train together with their players until at least May 16.

The letter from Parry read: “We currently estimate that the League will require approximately 56 days to complete the outstanding matches in the season (including Play-Offs) and we are committed to ensuring that clubs are provided an appropriate notice period to ensure you are able to prepare operationally given the scale and impact of the postponement in place.

“It is our working assumption at this stage that matches will be played behind closed doors when we eventually return and as part of our contingency planning we are absolutely mindful of the need to try and mitigate the cost of this to Clubs as best we can.”

“Clubs should be advised not to recommence any training activity with players until 16 May at the earliest.

"It is the view of the EFL Board that Clubs should consider their obligations to players in respect of annual leave and suggest those not currently furloughed be instructed to take time off, if they haven’t as yet done so.

“How and when we return (including training) is clearly subject to change and any decisions will be taken in conjunction with the Government and relevant health authorities.”

In addition, Parry also confirmed that the £125m advance in funds coming from the Premier League will be 'put on hold' while the governing body seeks more clarity with clubs.

"In respect of the Premier League’s decision to advance £125m of funds to both the EFL and the National League, the EFL Board has taken the decision to put on hold the forwarding of advanced monies while additional clarity is sought on other financial matters, particularly in respect to player wages," he continued.

"I realise this is a pressing matter but, given the fact that these monies are earmarked for use in 2020/21, consideration is needed as to when is the best time to do so."

Steve Bull Q&A: I had to say no to joining Harry’s Heroes 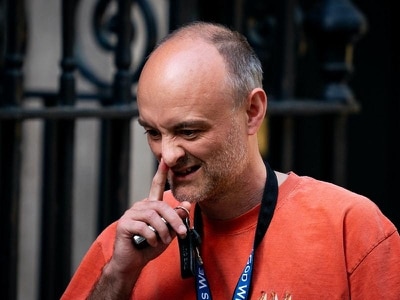