It is easy to understand why Vikram Solanki has had the success he has as a director of cricket.

Speaking in September at the end of the domestic season, every word is articulate and well thought out.

His story is quite a remarkable tale of a young boy, who after moving to England at an early age and growing up in Wolverhampton, spent 20 years playing professional cricket before moving on to a new beginning and winning the most lucrative prize in cricket - the Indian Premier League.

His journey to IPL glory started early in 2022 when he announced he was stepping down from his role as head coach of Surrey in January to take up a new role as director of cricket of the Gujurat Titans.

The 46-year-old then had the task of assembling an IPL coaching staff and a team full of world-class superstars from scratch.

It would have been but a pipe dream to win the tournament at the first time of asking.

But when Shubman Gill hooked Obed McCoy into the stands for six five months later in the IPL final - the journey was complete - Solanki's Titans were crowned champions.

When asked what it felt like to win it, Solanki calmly replied: "Surreal."

The former Worcestershire captain was more interested in explaining how they had got there and how he and others around him managed to navigate the famous IPL auction.

He said: "Starting from a blank page was a fairly daunting proposition when you think the IPL is the premier franchise cricket competition in the world.

"When you are one of the newcomers, and you are trying to set things up, but equally, it is exciting as you have the chance to build something.

"The coaching group that we were able to get together with, Ashish Nehra as head coach, and Gary Kirsten as one of the assistant coaches - I was really happy with that.

"It is great they were rewarded for all of their hard work."

His IPL team was full of superstars, and when you consider the popularity of the sport within Indian culture.

Players like Virat Kholi, Sachin Tendulkar and AB De Villiers virtually have cult hero status in the country because of their services to either Indian cricket or the IPL.

The pressure is on - his side contained household names like Hardik Pandya as captain - spin guru Rashid Khan - as well as David Miller - arguably the best T20 'finisher' in the world.

But Solanki said they were all so 'humble' something that most likely had a huge impact on their successful outcome.

He said: "Hardik Pandya, who took on the captaincy, is a superstar of the game, and a superstar personality as well, but he is one of the most humble, easy-going, team-orientated blokes that you are ever likely to meet.

"As is Rashid Khan, a world star as far as T20 is concerned. But equally just as humble – but with a different personality.

"It is a real mix, and it is a credit to Hardik and his captaincy that we created the environment we did.

"It was a pleasure to be in that bubble, and I hope the players and their families felt the same way."

Despite all he has achieved as a player and a coach he still keeps a fond eye on the club he grew up playing for – Wolverhampton CC – who play in the Birmingham League.

He is still Midlands based when he returns home to the UK, and while he prepares his team to defend their IPL crown he could not help but reminisce on good times at a club he still admires greatly.

They have had a successful season on the pitch gaining promotion back to the Birmingham Premier League, something which Solanki was delighted to see.

"I grew up around Wolverhampton Cricket Club," he said.

"I have a lot to be grateful for all of the people who were involved with Wolverhampton as I was involved as a junior, and then was lucky enough to move on and play for Worcester.

"Cricket had a huge part to play in my career, and I will always have fond memories of playing there. It is a wonderful club, it has wonderful people there.

"There are still some people who were involved in it from the time that I spent there.

"I don't get the opportunity to be down there as often as I would like, but every time I go it is a warm welcome I receive. I am chuffed they have been able to have a successful season."

Solanki is aware of the challenges he faces in next year's IPL. His side is the 'hunted' rather than the 'hunter' in this campaign and they will not want to be knocked off the top spot. 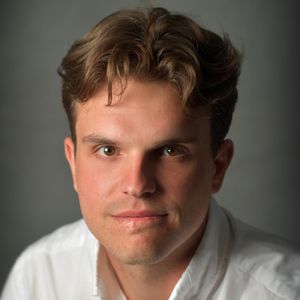 EU bans Russian diesel and other oil products over Ukraine