The pontiff urged Ethiopia, Egypt and Sudan to pursue negotiations.

Pope Francis has urged Egypt, Ethiopia and Sudan to continue talks to resolve their years-long dispute over a massive dam Ethiopia is building on the Blue Nile that has led to sharp regional tensions and fears of military conflict.

Francis, speaking to a crowd gathered at St Peter’s Square on an official Catholic feast day, said he was closely following negotiations between the three countries over the dam.

Egypt and Sudan suspended talks with Ethiopia earlier this month after Ethiopia proposed linking a deal on the filling and operations of its Grand Ethiopian Renaissance Dam to a broader agreement about Blue Nile waters that would replace a colonial-era accord with Britain.

The colonial-era deal between Ethiopia and Britain effectively prevents upstream countries from taking any action, such as building dams and filling reservoirs, that would reduce the share of Nile water to downstream countries Egypt and Sudan.

The Blue Nile is the source of as much as 85% of the Nile River’s water.

Sudan said Ethiopia’s latest proposal threatened the entire negotiations, and it would return to the negotiating table only for a deal on the dam’s filling and operation.

The African Union-led talks among the three countries are scheduled to resume Monday, according to Sudan’s irrigation ministry.

The pontiff called on all sides to continue on the path of dialogue “so that the Eternal River continues to be the lymph of life that unites, not divides, that always nourishes friendship, prosperity, brotherhood and never enmity, incomprehension or conflict”.

Addressing the “dear brothers” of the three countries, the pope prayed that dialogue would be their “only choice, for the good your dear peoples and of the entire world”.

He was accompanied by several top officials including irrigation, electricity and health ministers, according to the office of Sudan’s premier Abdalla Hamdok.

Mr Hamdok’s officer did not provide details on the visit, but it was highly likely the Ethiopian dam would be on the agenda.

Years-long negotiations among Egypt, Sudan and Ethiopia failed to reach a deal on the dam.

The dispute reached a tipping point earlier this week when Ethiopia announced it completed the first stage of the filling of the dam’s 74 billion-cubic-metre reservoir.

That sparked fear and confusion in Sudan and Egypt.

Both have repeatedly insisted Ethiopia must not start the fill without reaching a deal first.

Ethiopia says the dam will provide electricity to millions of its nearly 110 million citizens.

Egypt, with its own booming population of about 100 million, sees the project as an existential threat that could deprive it of its share of Nile waters.

Sudan, geographically located between the two regional powerhouses, stands to benefit from Ethiopia’s project through access to cheap electricity and reduced flooding.

But Sudan has raised fears over the dam’s operation, which could endanger its own smaller dams depending on the amount of water discharged daily downstream.

Ethiopian prime minister Abiy Ahmed said the filling occurred naturally, “without bothering or hurting anyone else”, from torrential rains flooding the Blue Nile.

Sticking points in the talks include how much water Ethiopia will release downstream during the filling if a multi-year drought occurs, and how the three countries will resolve any future disputes.

Egypt and Sudan have pushed for a binding agreement, while Ethiopia insists on non-binding guidelines. 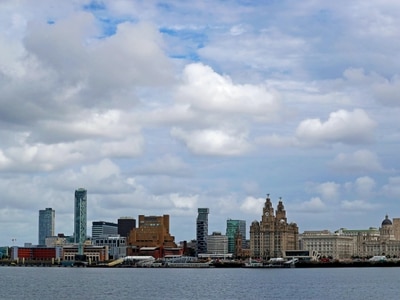