Joe Biden hits back at suggestion he should take cognitive test

The Democratic presumptive nominee reiterated his desire to debate with Donald Trump.

Joe Biden is pushing back at Republican assertions that he should take a cognitive test to disprove President Donald Trump’s claim that the Democrat is not fit for the Oval Office.

Mr Biden was irked when CBS News correspondent Errol Barnett asked the presumptive Democratic presidential nominee about the matter in a recent interview.

“No, I haven’t taken a test? Why the hell would I take a test?” Mr Biden said.

He then told Mr Barnett: “That’s like saying … before you got on this programme, you’re taking a test whether you’re taking cocaine or not.

The former vice president, who is 77, also tried to turn the matter back around on the 74-year-old president in the latest jousting over the two men’s fitness for office.

“Well, if he can’t figure out the difference between an elephant and a lion, I don’t know what the hell he’s talking about,” Mr Biden said, appearing to refer to Mr Trump’s public discussion about his own clinical examinations that physicians often give older patients to identify early signs of dementia.

It was scheduled to air in full on Thursday.

In a recent interview with Chris Wallace of Fox News, Mr Trump hailed his own mental acuity by referencing his recent examinations.

Mr Trump framed his results as a sign of intellectual prowess.

He recalled in another Fox News interview that he successfully repeated back to a physician a series of words he had been given audibly: “Person. Woman. Man. Camera. TV.”

Mr Trump and his allies have repeatedly raised questions about whether Mr Biden has been administered such an examination.

Mr Biden told reporters in June that he is “constantly tested” by the rigours of the presidential campaign and said he is eager to match wits against Mr Trump in autumn debates.

He repeated those sentiments with Mr Barnett.

He later said he was “very willing to let the American public judge my physical, mental — my physical, as well as my mental fitness and to, you know, to make a judgment about who I am”.

Allies of both Mr Trump and Mr Biden often seize on the other’s verbal slips.

Both men have provided enough material to generate widely shared video mashups of their mistakes. 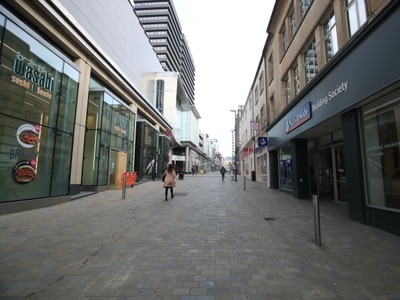