Boris Milosevic, an ethnic Serb who is deputy prime minister in Croatia, was in Knin where Croatian forces drove out Serbs 25 years ago.

Croatia marked the 25th anniversary of a victorious military offensive against rebel Serbs with an ethnic Serb politician attending the annual ceremony for the first time, an event seen as an important step toward reconciliation.

Government officials, military leaders and former fighters in the 1991-1995 war over Croatian independence gathered in the former rebel stronghold of Knin for the observance, which had fewer participants than usual because of the coronavirus pandemic.

Guests sat at a distance from each other, and some wore face masks.

Croatian officials called for overcoming the legacy of the war that erupted after Croatia declared independence from the former Yugoslavia and ethnic Serbs in Croatia, backed by neighbouring Serbia, took up arms and seized territory.

About 10,000 people were killed and thousands expelled from their homes before Croatia in August 1995 retook most of the land in the Oluja, or Storm, offensive.

The triumphant blitz triggered an exodus of over 200,000 ethnic Serbs, and hundreds more were killed in the aftermath of the attack.

Croatian prime minister Andrej Plenkovic expressed regret and honour for all of the victims, both Croat and Serb.

He condemned war crimes committed against Serb civilians and pledged those responsible will be prosecuted.

“Croatia must move forward. Reconciliation must be based on the facts and justice for all victims,” Mr Plenkovic said.

Conflicting views on the offensive reflect the gap among the Balkan former war foes.

Serbia on Tuesday evening remembered the ethnic Serbs who died in the offensive, calling the Croatian army attack as a crime and pledging it would not allow anything similar to happen again.

Mr Milosevic, who is the deputy prime minister in the Croatian government, said in Knin that “the spiral of hatred should be cut so that the horrors of war never repeat”.

“I heard messages of peace and reconciliation, and I think that this is the first step,” he said.

“I consider my arrival here as an investment for the future.”

During Operation Storm, Serbs fled Croatia in huge columns of cars, tractors and horse-drawn carts, extending for miles through Bosnia and toward Serbia.

Many still have not returned to their homes in Croatia, where anti-Serb sentiments still run high among right-wing extremists. 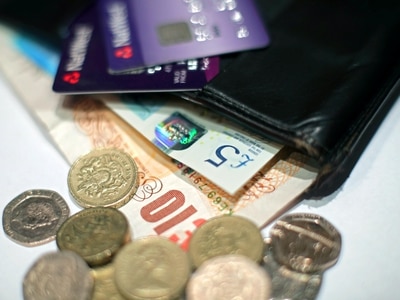