The vote was 228-193, coming at the start of a presidential election year and one month after the House impeached Donald Trump.

The US House of Representatives voted Wednesday to send two articles of impeachment against President Donald Trump to the Senate, and approve House prosecutors, for only the third impeachment trial in American history.

The vote was 228-193, coming at the start of a presidential election year and one month after the House impeached Mr Trump.

The president is charged with abuse of power over his pressure on Ukraine to investigate Democratic rival Joe Biden, using military aid to the country as leverage.

“We are here today to cross a very important threshold in American history,” Ms Pelosi said, addressing the House before the vote.

Earlier, she declared: “This is what an impeachment is about.

“The president violated his oath of office, undermined our national security, jeopardised the integrity of our elections.”

Mr Trump, during an event at the White House, rejected the charges as a “hoax”.

The seven-member prosecution team will be led by the chairmen of the House impeachment proceedings, Adam Schiff of the intelligence committee and Jerry Nadler of the judiciary committee, two of Ms Pelosi’s top lieutenants for only the third presidential impeachment in the nation’s history.

Ahead of Wednesday’s session, Mr Schiff released new records from Lev Parnas, an associate of Trump lawyer Rudy Giuliani, about the Ukraine strategy, including an exchange with another man about surveilling later-fired ambassador, Maria Yovanovitch.

“If McConnell makes this the first trial in history without witnesses, it will be exposed for what it is and that is an effort to cover up for the president,” Mr Schiff said.

Later Wednesday, the House managers are to walk the articles across the Capitol to the Senate in a dramatic procession. The Senate trial is set to start Thursday.

Mr McConnell opened the Senate by dismissing what he called a rushed impeachment that is more about the politics of Democrats who do not like Mr Trump than the charges against him.

“This isn’t really about Ukraine policy or military money,” Mr McConnell said. “This has been naked partisanship all along.”

During Ms Pelosi’s press conference announcing managers, Mr Trump tweeted that impeachment was “another Con Job by the Do Nothing Democrats. All of this work was supposed to be done by the House, not the Senate!”

Mr Trump’s trial will be only the third presidential impeachment trial in US history, and it comes against the backdrop of a politically divided nation in an election year.

The Senate is expected to transform into an impeachment court as early as Thursday, although significant proceedings would not begin until next Tuesday after the Martin Luther King Jr holiday.

The constitution calls for the chief justice to preside over senators, who serve as jurors and swear an oath to deliver “impartial justice”.

The managers are a diverse group with legal, law enforcement and military courtroom experience, including Hakeem Jeffries of New York, Sylvia Garcia of Texas, Val Demings of Florida, Jason Crow of Colorado and Zoe Lofgren of California.

Mr McConnell, who is negotiating rules for the trial proceedings, is under competing pressure from his party for more witnesses, from centrists who are siding with Democrats on the need to hear full testimony and conservatives mounting Mr Trump’s defence.

Senate Republicans signalled they would reject the idea of simply voting to dismiss the articles of impeachment against Mr Trump, as Mr Trump himself has suggested. Mr McConnell agreed he does not have the votes to do that.

Democrats have been pushing Republicans to consider new testimony, arguing that fresh information has emerged during Ms Pelosi’s month-long delay in transmitting the charges.

Republicans control the chamber, 53-47, and are all but certain to acquit Mr Trump. 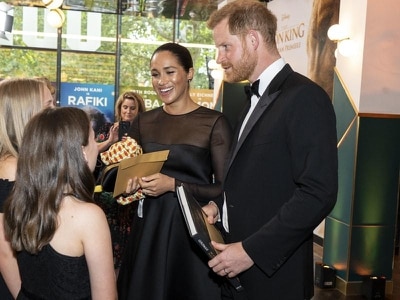