The US president is at the centre of an explosive allegation by an unnamed national security officer.

US president Donald Trump urged the new leader of Ukraine to investigate the son of former vice president Joe Biden this summer, according to reports.

Democrats have condemned what they see as a clear effort to damage a political rival widely seen as the man who will challenge Mr Trump for the presidency next year.

The allegations are at the centre of an explosive whistleblower complaint against Mr Trump.

The escalating controversy has created a showdown between congressional Democrats and the Trump administration, which has refused to turn over the formal complaint by a national security official or even describe its contents.

Mr Trump is defending himself against the intelligence official’s complaint, asserting that it comes from a “partisan whistleblower”, though the president also said he does not know who might be behind it.

The complaint was based on a series of events, one of which was a July 25 call between Mr Trump and Ukrainian president Volodymyr Zelenskiy, according to inside sources.

In a tweet on Saturday, Mr Trump referred to “a perfectly fine and routine conversation I had” with Ukraine’s leader, adding: “Nothing was said that was in any way wrong.”

Mr Trump, in that call, allegedly urged Mr Zelenskiy to probe the activities of his potential Democratic rival Biden’s son Hunter, who worked for a Ukrainian gas company. The president did not raise the issue of US aid to Ukraine, indicating there was not an explicit quid pro quo, according to one source.

In an interview with Ukrainian outlet Hromadske, Ukrainian foreign minister Vadym Prystaiko said his country was not interested in taking sides in US politics, but that Mr Zelenskiy had the right to keep the contents of his conversation with Mr Trump secret.

The minister was quoted as saying: “I know what the conversation was about and I do not think there was any pressure (from Mr Trump).

“There was a conversation, different conversation, leaders have the right to discuss any existing issues. This was a long and friendly conversation that touched on a lot of issues, sometimes requiring serious answers.”

Mr Biden said that if the reports are true, “then there is truly no bottom to President Trump’s willingness to abuse his power and abase our country”.

He said Mr Trump should release the transcript of his July phone conversation with Mr Zelenskiy “so that the American people can judge for themselves”.

The US government’s intelligence inspector general has described the whistleblower’s August 12 complaint as “serious” and “urgent”.

Mr Trump dismissed it all on Friday, insisting “it’s nothing”.

He scolded reporters for asking about it and said it was “just another political hack job”.

Mr Trump was asked whether he knew if the whistleblower’s complaint centred on the July 25 call with Mr Zelenskiy. “I really don’t know,” Mr Trump said.

When questioned whether he had brought up Mr Biden in the call, Mr Trump said: “It doesn’t matter what I discussed.”

Then, Mr Trump urged the media “to look into” Mr Biden’s background with Ukraine.

There has yet to be any evidence of any wrongdoing by Mr Biden or his son regarding Ukraine.

The two leaders plan to meet on the sidelines of the UN General Assembly this coming week. The Wall Street Journal first reported that Mr Trump pressed Mr Zelenskiy about Mr Biden.

The stand-off with congress raises fresh questions about the extent to which Mr Trump’s appointees are protecting the Republican president from oversight and, specifically, whether his new acting director of national intelligence, Joseph Maguire, is working with the justice department to shield the president.

Democrats say the administration is legally required to give congress access to the whistleblower’s complaint, and congressman Adam Schiff of California has said he will go to court to get it if necessary.

The intelligence community’s inspector general said the matter involves the “most significant” responsibilities of intelligence leadership.

House Democrats also are fighting the administration for access to witnesses and documents in impeachment probes.

In the whistleblower case, members of congress are looking into whether Mr Trump’s lawyer Rudy Giuliani travelled to Ukraine to pressure the government to aid Mr Trump’s re-election effort by investigating the activities of Mr Biden’s son.

During an interview on CNN, Mr Giuliani was asked whether he had asked Ukraine to look into Mr Biden. He initially said: “No, actually I didn’t,” but seconds later he said: “Of course I did.”

Mr Giuliani has spent months trying to drum up potentially damaging evidence about Mr Biden’s ties to Ukraine, but he told CNN that Mr Trump was unaware of his actions. 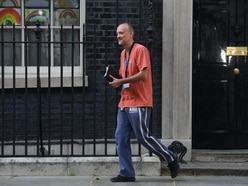 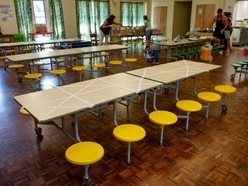 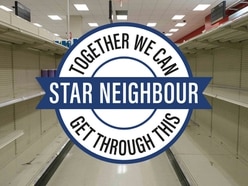 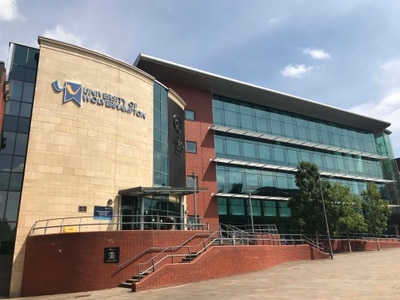 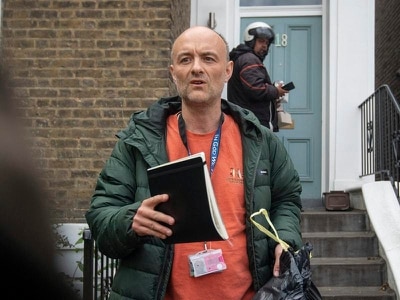 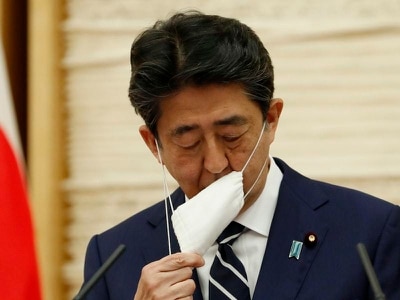