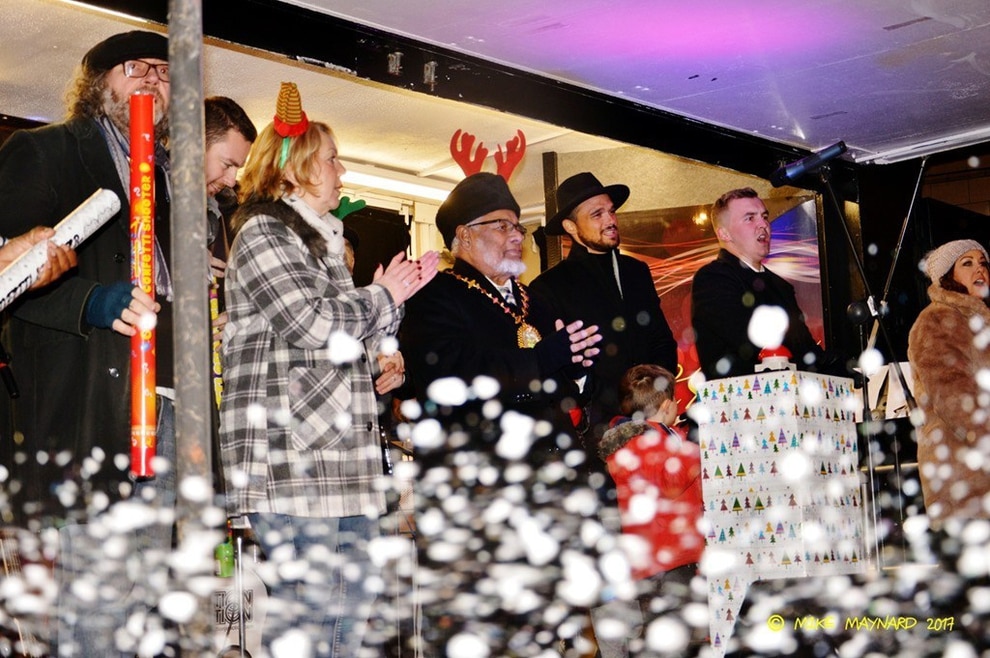 A shot from a Christmas light switch on 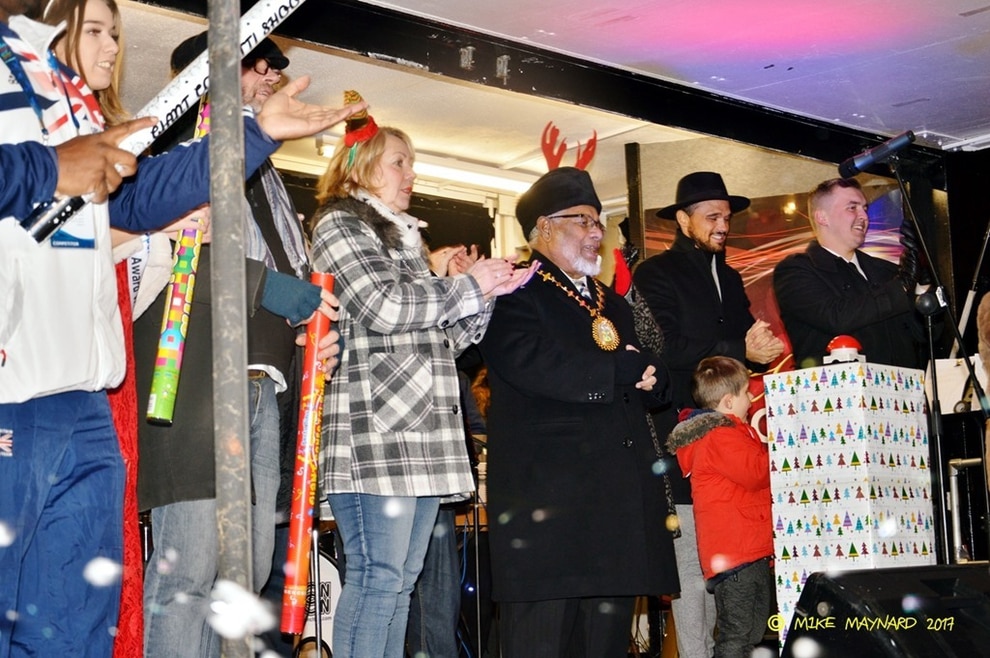 A shot from a Christmas light switch on

It is a difficult event to photograph and I was alongside professional photographers with full frame cameras. I still got reasonable pictures and shot some decent video.

So today, I’ll try to give you some tips so you can take pictures like a pro too.

You might get a reasonable picture with your camera set on auto but most pictures I saw that people took with their phones were quite dark and blurred. When I took the picture above I was shivering with the cold but my camera has VR (vibration reduction) which would help a little but I mainly needed a fast shutter speed. That means a wide aperture and so you need to control the camera.

I was shooting on aperture priority and using a flash. For this shot, I zoomed in using an 18 – 105mm lens. The focal length when I zoomed in was 38mm and so ideally I needed to at least double that number (to 76) for my minimum shutter speed. In fact, I needed faster than 1/76th of a second because I was shivering! I managed to get 1/60th of a second at f/5 (wide open). This is how a professional would take the shot but a professional would have a full frame camera and maybe more light from the flash.

You might want a dark and mysterious shot or you might want a shot with lots of definition and sharpness. You set the camera for what you want. I was aware of my subject taking this shot. The group of people included people with dark skin and quite pale skin and so I had to meter the light using matrix metering across the frame and focus in the middle of the frame with a relatively shallow depth of field.

I could see the potential of using the snow for some kind of special effect and managed to get this one shot. The ‘snow’ was in fact foam and it didn’t stick too much to my lens and so I was able to switch easily to shooting video.

To shoot at an event like this you need a Speedlight and I used my small SB300 which gave me enough light but the batteries soon needed changing. It is lighter than my professional Speedlight and so my camera was easier to hold steady when it came to shooting video. I did have spare batteries but it was far too cold and dark to fiddle about changing batteries.I just had to wait until the Speedlight had charged.

So my main advice for an event like this is to shoot wide open and use a Speedlight. I took all the shots at ISO 400 too. If you have a bridge camera and can’t go to manual settings, simply turn on your flash and shoot in portrait mode which will give you a wide aperture, then get as close as possible to your subject.

Mike is a photographer and blogger, and key contributor to the Express & Star's Star Witness section