Why I will still tell my daughter she’s pretty

Clever. Witty. Kind. Pretty. These are just some of the words I regularly use when talking to my two-year-old daughter about herself.

And who can be surprised? Just look at the gene pool.

Anyway, back to the point: Amongst the raft of adjectives I use when talking to my little girl, I sometimes tell her she’s ‘pretty’ or ‘beautiful’.

With her doe-like brown eyes, delicate upturned nose (dad’s, not mum’s) rosebud lips and velvety cheeks, she really is.

But it turns out calling your own daughter ‘pretty’ can cause a bit of a stink – even though, as a parent, that’s what nature intends us to do.

In a recent interview she said: “By praising them for something over which they have no influence it’s simply reinforcing the idea that how a woman or girl looks is her crowning achievement. And that is why I choose not to tell my daughter she is pretty.”

To a certain extent I agree – I wouldn’t want my little girl to ever be solely defined by the way she looks – but I think using the word ‘pretty’ can be as harmless or destructive as any other complement.

In a world obsessed with appearance – a modern condition that isn’t about to change fast – I think it’d be wrong to leave it out of the narrative completely.

Surely, never telling your daughter they are ‘pretty’ – even just in your eyes – can be as dangerous as reinforcing it constantly. I’d hate for mine to grow up and say I didn’t ever make her feel beautiful as much as I would for her to see herself as some sort of looks-privileged princess. I also wouldn’t want her to have low self-esteem, to seek validation and praise elsewhere, which she inevitably would.

What’s more important is teaching your child perspective and humility, rather than quibbling over the adjectives you use to praise them.

And I’m not just talking about looks – being humble about all personal traits is a much more endearing way to be than turning out a boastful moron.

In Chris Rock’s latest stand-up show, The Total Blackout Tour, he jokes about teaching such values to his two teenage daughters, Zahra and Lola.

To summarise, he tells his daughters they are clever, beautiful, amazing . . . although when they step outside of the family home they are ‘nothing to no-one’. Which is harsh but a worthwhile lesson; you are special in this household, to this family, but out in the big wide world you’ve got to prove yourself and recognise how you fit into life’s food chain – whether it be with regards to looks, intelligence, charisma or wit. There will always be people who fit above or below you.

So I think using the word ‘pretty’ is OK, as long as it comes along with plenty of other adjectives and a big dose of humility.

Will I continue to call my daughter ‘beautiful’? I am pretty sure I will. 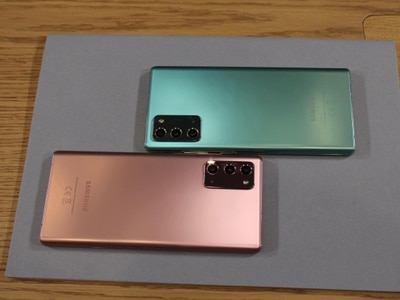