Peter Rhodes on entire moggies, silent bikes and the curious case of the wild cat and the pensioner

MY recent piece on the TV advert set in a vet's surgery prompts a couple of readers to admit that they own "entire" (uncastrated) male cats. I assumed this was a hanging offence by now.

I CAN only advise them to keep quiet about it and keep their moggies well away from Cats Protection. We acquired an entire tabby back in the 1980s. It wandered in and settled down, as they do. Being good citizens, we contacted the CP lady who seemed to have a bit of an obsession with testicles and wanted to take him away for castration. We declined, on the grounds that, for all we knew, he might be somebody's prize stud tabby. Fairclough, as we called him, was a great character and a fearless ratter but with the most gentle house manners. Our daughter, than aged three, soon noticed he was unlike other cats, particularly from behind. "Wot dem bobbly fings?" she asked.

IT'S all very well recruiting 20,000 new police officers, as Boris Johnson has pledged, but how will they be used? When it comes to priorities in policing, a tale from Anglesey makes you think. It involves a retired school teacher, aged 67, with no previous convictions whose house was advertised on a property website. Someone visited the website, saw a number of stuffed animals in the rooms and decided to call the police.

THE cops obtained a search warrant and found a stuffed red squirrel the pensioner had bought on eBay, a stuffed Scottish wild cat she'd inherited from her mother, a porpoise skull she had found on the beach some years ago and three packages of butterflies, one of which is unlawful to own. Now, you might imagine that the legal system, faced with a woman of impeccable character who was "blissfully unaware" of any illegality, could have dealt with all this by way of a caution. But as the case involved "multiple offences," she was taken to court. And to add embarrassment to distress in what she called a "traumatising nightmare," the search of her home was filmed by BBC Crimewatch Roadshow and broadcast.

A MINOR offence against conservation laws which could have been settled quietly became a court case and a criminal conviction. To what end? Are the wildcats of Scotland or the porpoises of England any safer for this process? And doesn't it make you think that if the constabularies have enough cops to pursue this sort of case, they probably have all the officers they need?

I SUGGESTED some days ago that if Harley-Davidson built a silent motorbike, nobody would buy it. A number of you have pointed out that H-D do make an electric bike. It's called the LiveWire and it does not roar but whines. As, I dare say, do some customers when they find it costs £29,000. 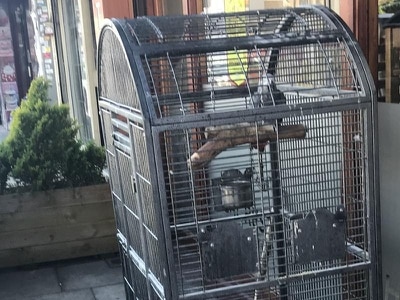