Mark Andrews on Saturday: Jobsworths take the thrill out of the Chase

There is a rule among hacks that words like 'strategic', 'engagement', 'consultation' and, worst of all, 'stakeholders', should be treated with suspicion. These are the words of choice when council or government bigwigs want to impose something deeply unpleasant on the people they are paid to represent.

Needless to say, the 'improvement plan' for Cannock Chase, drawn up by a body calling itself the Special Area of Conservation Partnership, makes liberal use of all these words.

Essentially, the scheme involves taking £7.8 million from property developers in return for permission to build houses, and then using some of that to shut 35 car parks, while imposing parking charges on the rest. Which will presumably be enforced by jobsworths dressed up like the Red Army, walking around with hand-held computers. What's not to like?

And while it is forecast that Cannock Chase will attract three million visitors a year by 2026, the 'consultation' attracted just 130 responses. And they hardly gave the plans a ringing endorsement.

Since then, more than 2,000 people – 15 times the number who took part in the consultation – have joined a group objecting to the plan, and who can blame them? The whole point about visiting places like Cannock Chase is to get away from the barriers, the white paint, the one-way systems, the pay-and-display machines and the petty officialdom of the big city.

Lydia Dibben, a 22-year-old student from Surrey with a, shall we say distinctive, hairstyle, was among the Extinction Rebellion mob obstructing the delivery of newspapers last weekend, in an attempt to suppress opinions which differ from her own rather extreme ones.

Miss Dibben, who is often seen with a bicycle lock around her neck, has declared herself a 'birth-striker', saying she will never have a child because she wouldn't want one to live in a world which doesn't care about global warming.

Fair enough. But don't you wish her parents thought the same?

Talking of which, a pair of Flat-Earthers in Italy have been quarantined after searching for the end of the world. The dynamic duo set sail in search of Lampedusa, an island between Sicily and North Africa. Presumably their sat-nav let them down. Because any Flat-Earther worth their salt knows where the world ends, and it's not in the Mediterranean. It's called Birmingham.

And if you think that's just a bitter Black Country mon being spiteful towards our larger neighbour, check it out in the A-Z. World's End Lane is in Quinton.

Has anybody tried buying a bottle of ink lately? I only ask because the reaction I recently got in several shops was what you might expect asking for Doris Day's greatest hits on a 78 in the Apple store.

I know fountain pens aren't as common as they were, but surely people use them for formal occasions, the writing of Christmas and birthday cards, the signing of letters?

Anyhow, when I did eventually find one, it cost a whopping £13. Let's hope it's a few years before I need another. 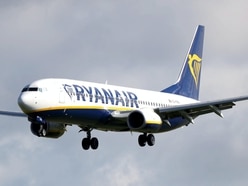 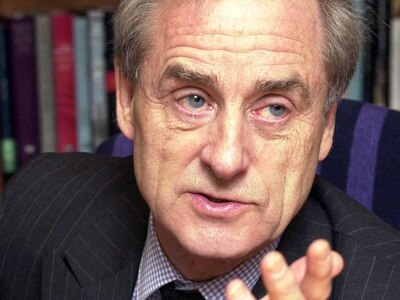