"In a world where you can be anything, be kind."

She can hardly have imagined the circumstances in which her dream of a kinder and more compassionate world has been realised. The sick trolls and abusive internet warriors have been demonstrated to be unrepresentative of a vast well of good in humanity.

It brings a sort of unity, as everybody is a potential victim.

There has been a surge in the perceived kindness of the nation. Of 2,010 adults questioned as part of a health and wellbeing survey by the Office for National Statistics, 42 per cent believed that Britain was somewhat or very kind before the pandemic, but some 61 per cent believed the country would emerge kinder once the crisis was over.

Half believed Britain would emerge from the pandemic united as a nation. This compared with just one fifth who thought the country was united before the pandemic.

These are just figures, and figures arrived at during the present crisis. People are not talking about the things which divide us at the moment. There's not the tribalism of football, and the Brexit trade talks have not rated much attention. Tens of thousands of deaths cast a long shadow.

It may prove optimistic to believe that the current benign mood will endure. We are in a war, and in wars people act and think differently, and have different priorities. But some time down the line we shall have the peace, and those things which seem of lesser importance now will assume greater importance.

Nevertheless, the last few months have proven what is possible. A new spirit of neighbourliness will surely not simply evaporate.

Once it's over there will be things to argue about again – a freedom to argue, if you like – but it will be sad if the good things which have arisen from our collective response to this terrible disease are not cherished and held on to. 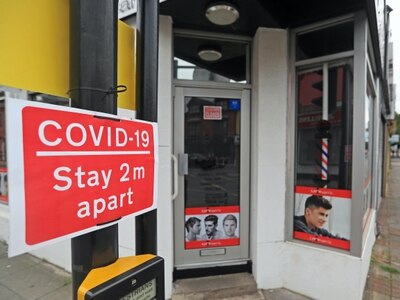