The Perseid meteor shower will be visible in the UK from about midnight until 5.30am on Thursday.

A display of celestial fireworks is expected to peak before dawn on Thursday as the Earth passes through a cloud of cometary dust, producing up to 150 meteors every hour.

If skies are clear, the Perseid meteor shower should be visible across the UK from about midnight until 5.30am UK time on Thursday, according to astronomers at Royal Observatory Greenwich.

The astronomical event is associated with the dusty debris left by Comet Swift-Tuttle, which orbits the sun once every 133 years.

The meteoroids from the comet, mostly no bigger than a grain of sand, burn up as they hit the Earth’s atmosphere at 36 miles per second to produce a shooting stream of light in the sky.

Peak temperatures can reach anywhere from 1,648C to 5,537C as they speed across the sky.

The meteors are called Perseids because they seem to dart out of the constellation Perseus.

The meteor shower began on July 17 and will continue to be visible until August 24.

Anna Ross, an astronomer at the Royal Observatory Greenwich, told the PA news agency the best time to spot the meteors is between midnight and 5.30am on Thursday, when up to 150 meteors or “shooting stars” will be visible per hour, which is more than one every second.

She said: “This makes the Perseids one of the most impressive meteor showers of the year.

“During the peak night of the shower, you will be able to find it in the north-east of the sky, getting higher throughout the night.

“You don’t have to be able to see Perseus to spot meteors, however, as they will be moving away from the radiant across the whole sky in every direction.”

To make the most of the meteors, Ms Ross said observers should avoid well-lit and built-up areas and try to find an unobstructed view to the east.

She added: “Find a dark area and allow around 20 minutes for your eyes adapt to the dark.

“As meteors move quite fast across the sky it’s best to look up without using telescopes or binoculars so you can see as much of the sky as possible.” 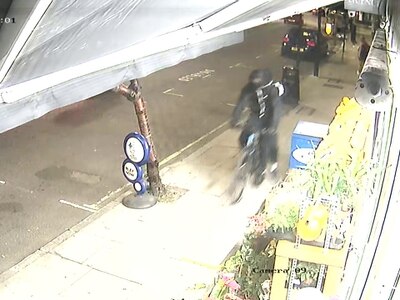